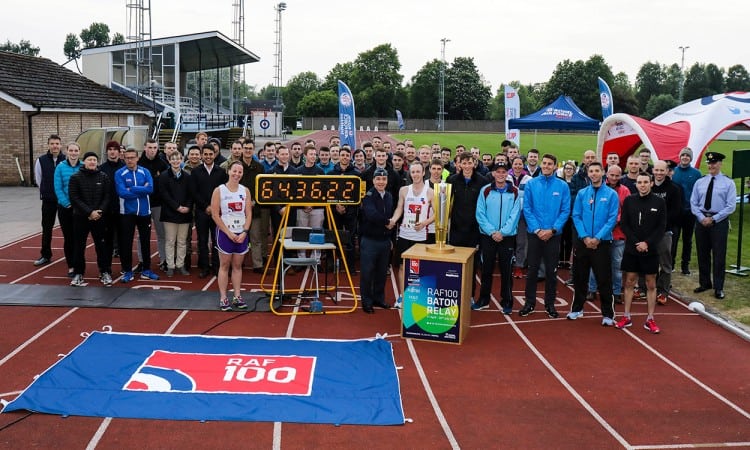 Athletes cover one million metres in 64:36:22 at RAF Cosford’s track to mark the RAF centenary year

A group of 100 Royal Air Force runners have broken the world 100x10km relay record by over four hours at RAF Cosford’s track in the Midlands.

Senior aircraftman Michael Kallenberg, who is a GB international ultra runner, organised the event as part of the RAF’s centenary celebrations.

The record attempt got under way on Monday with chairman of the Royal Air Force Athletics Association, Group Captain John Lawlor, running the first leg in 44:21.

“It has been a long few days but we’re really happy that it all came together,” Kallenberg told AW.

For the attempt to be record-eligible it had to be recorded from start to finish, while two civilian timekeepers were required at all times.

“This attempt was about more than 100 athletes,” added Kallenberg. “A massive thanks to the organising committee of Benn Lyman, Ben Terry, Luke Pollard, Lynsey Carveth and Nick Brown. Also a massive thanks to the guys who manned the cameras and supported in other ways, the spectators, RAF Cosford and most importantly the hard-working timekeepers.”