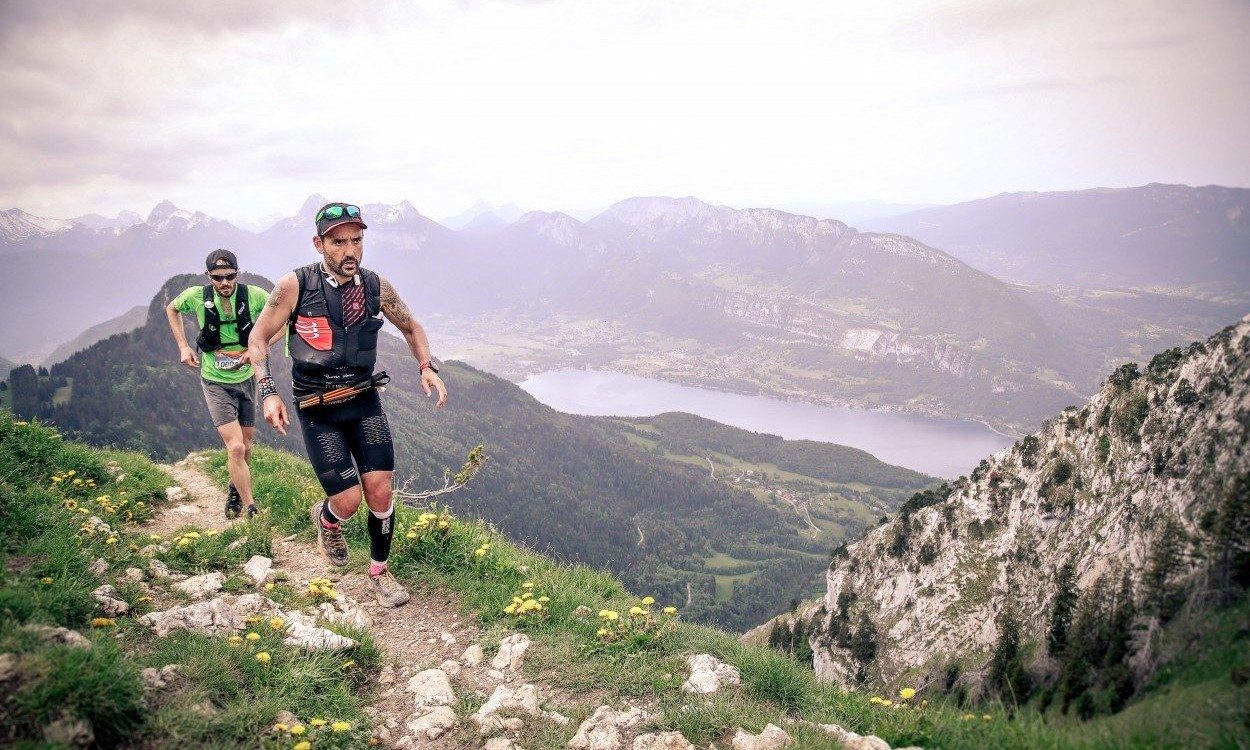 Summer in Europe is a time for track and field, but it is also a period of the year when many endurance athletes turn to off-road running. In France they are called ‘traileurs’ and last weekend they took part in one of the biggest distance running festivals of the year – the Salomon Gore-Tex MaXi-Race in Annecy.

Nestled in the Alps next to a huge, crystal clear lake, the picturesque town of Annecy held the European Cup of athletics in 2002 and 2008, but on Saturday and Sunday around 8500 traileurs from 50 different countries descended on the south-east France venue as they tackled a variety of gruelling races.

There were 11 events in total with the most difficult and prestigious being the 117km ultra and the 85km MaXi-race, while there was also a 42km marathon – all of which involved several thousand metres of elevation as runners weaved through the mountains overlooking Annecy.

In sun-drenched conditions, temperatures hit the mid-20s as the traileurs tackled one of the most scenic and demanding footraces on the calendar. They enjoyed great support on the trails, too, from spectators ringing cow bells and shouting “Allez! Allez!” in Tour de France-style.

The 117km and 85km races began in darkness at 1.30am and 5am respectively, though, with competitors gathering on the shores of the lake wearing small rucksacks to carry liquid, energy gels and safety provisions like a whistle, mobile phone and emergency blanket. Many were also armed with trekking poles – a popular accessory for traileurs – to help climb the never-ending hills and to reduce impact on the joints during downhill sections.

The 117km ultra included 7360m of vertical gain and was won by Francesco Cucco of Italy in 15hr 1min 8sec from runner-up Fabrice Couchoud of France, who finished just over half an hour behind.

A further 18 minutes behind, meanwhile, female ultra-runner Mimmi Kotka of Sweden produced one of the performances of the entire weekend when she finished third overall after overtaking a number of tiring male runners in the final miles.

“Beautiful but really crazy and – typical of races in France – very technical,” said Kotka (below), a former winner of the CCC and TDS races that are part of the Ultra-Trail du Mont-Blanc week in August. 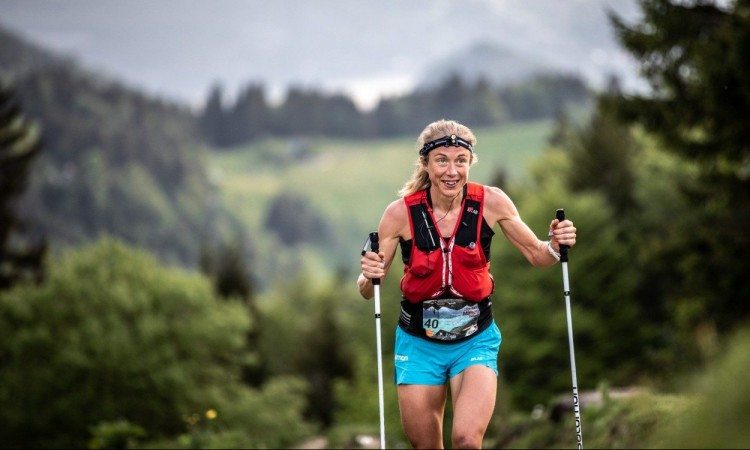 The 85km MaXi-Race was won in dramatic style by Germain Grangier of France, while his girlfriend and inov-8 team-mate, the US ultra-runner Katie Schide, took victory in the women’s section.

Grangier was several minutes behind leaders Vincent Viet of France and Jordi Gamito of Spain at one stage before surging through in the final kilometres to cross the finish line in Annecy in 9:31:13 (the main image at the top of this article sees Grangier pursuing Gamito).

“Crafty like a fox, I stayed right behind Vincent and Jordi,” explained Grangier. “After waiting for four hours, I picked up the pace. My goal was to win! I had one difficult half-hour, but after watching them battle back and forth for first place. I decided to be patient and wait, and I won on the final descent.”

“I’m in disbelief that we pulled off this double win in such a deep field of runners,” said Schide, “and especially proud of Germain, who ran an incredibly smart race, making up a five-minute gap in the last 18km to win by seven minutes.”

After finishing just outside 12 hours, Meek described it as “technical, beautiful and challenging,” with the Winchester runner adding: “It was the baptism of fire I had expected after coming off the road racing season and on to the trails. My body needs a little more conditioning I think but the mind is strong!”

In the 42km marathon, Thibaut Garrivier of France negotiated the 2650m of vertical gain to finish first man home in 3:53:15 with Marie Perrier of France first woman in 4:50:18.

Elsewhere on the ultra-running scene, the prestigious Zegama-Aizkorri race in Spain on Sunday was won by Remí Bonnet of Switzerland and Ida Nilsson of Sweden, while the European 24-hour Championships in Romania saw victories for Andrzej Radzikowski and Patrycja Bereznowska of Poland as the British men took team silver and women team bronze.

» The MaXi-Race series hits Sicily next on July 20. See maxi-race.org for more