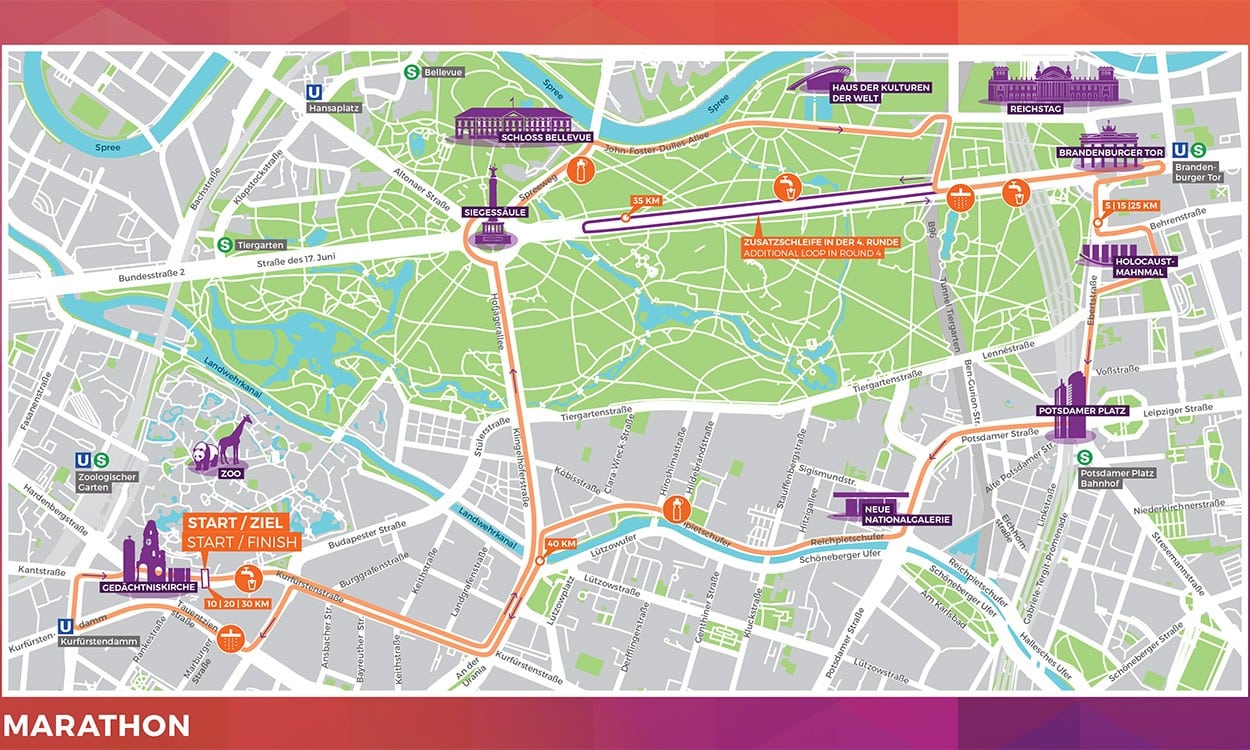 A four-loop “fast and flat” marathon course and the two race walk routes for August’s European Championships in Berlin have been published.

A total of six medal events will take place on the streets of the German capital during the championships from August 7-12, including the women’s 50km race walk which is a new event to the European Championships programme.

The marathon and race walking courses will both start in the heart of Berlin on the Budapester Strasse, with the start and finish lines at the Breitscheidplatz. 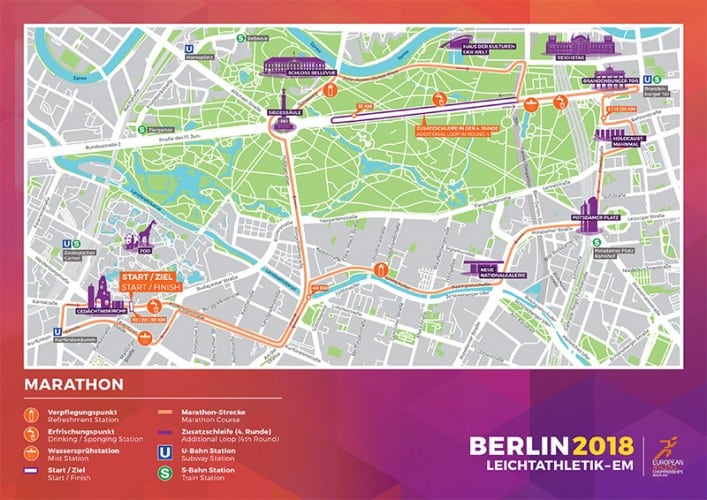 The marathon course will pass the Berlin Zoo, the Victory Column in the Tiergarten, Bellevue Castle and the Brandenburg Gate, which the athletes will pass under eight times in total.

The marathoners will run four circuits of a 10km loop, plus an additional 2.195km around the Strasse des 17. Juni on the final lap.

“The course is fast and flat for the athletes, as well as being spectator-friendly,” said European Athletics.

In the 20km race walk, athletes will race over a one kilometre loop which takes them past the European Mile at the Breitscheidplatz some 20 times. In the 50km, race walkers will cover a two kilometre loop at the Kurfurstenstrasse 25 times. 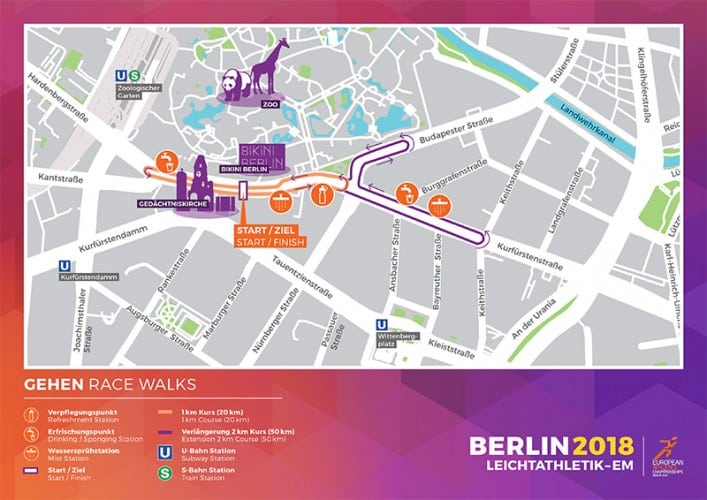 The 50km events will be the first finals of the championships, taking place on the morning of Tuesday August 7. The 20km race walks will be held on Saturday August 11 and the marathons on Sunday August 12.