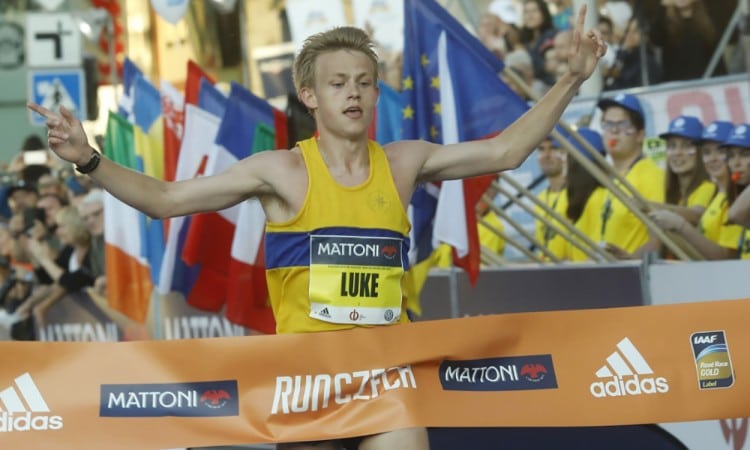 Recent results from the world of the sport, including the British Athletics Mountain Running Challenge and Golden Roof Challenge

Click the links for reports on the Rome Diamond League, UK Women’s League Premier Division match in Eton, British Athletics League Premiership match in Cardiff and the FBK Games in Hengelo, while other recent results can be found below.

Part of the ‘EuroHeroes’ initiative designed to promote the development of athletics in Europe, the IAAF Gold Label race in the South Bohemian capital drew elite runners from all over the continent.

Andy Douglas and Victoria Wilkinson claimed victory at an event which incorporated the trials for the European up and down championships later this month.

In the senior men’s Home International contest, England won by a point ahead of Scotland, while women’s team winners were England ahead of Wales.

⛰️ @andoug_run & Victoria Wilkinson were the winners at the second round of the @BritAthletics Mountain Running Challenge including the Senior Home International this weekend ?‍♂️?‍♀️

“Me and Jen (Jenni Banks – coach) had a plan – we initially went out to try and go sub 1:30. I took the lead early on and managed to kick and make up a gap from the others. I kept pushing and I managed to go one second under the world record; I’m delighted with it,” he said.

“There was always the risk of going out hard and leading the others to a world record instead of me, but I opened up a margin which I managed to hold on to.”

Cheltenham Harrier Dave Tomlin, who won the race in 2011, was second, clocking 4:10:00. Ben Mukherjee of the Teignbridge Trotters came third in a time of 4:12:09, which also earned him first place in the M40 category.

DeAnna Price improved the US hammer record to 77.65m. Her world-leading mark puts her fifth on the world all-time list.

Ethiopia’s two-time Olympic and world 5000m champion Meseret Defar won in 68:26 on her return after injury, claiming victory by three and a half minutes ahead of Kenya’s Jane Kibii (72:00).

Andrew Davies became the M35 world masters mountain running champion, also helping Great Britain improve on their team bronze medals from 2017 to be crowned as champions this time. Ben Mounsey was the next Briton in fifth followed by Craig Freshwater who finished a credible 16th.

Other success came with a silver medal for Jill Stephen in the W35 category as the Scottish athlete from Hunters Bog Trotters repeated her second place finish from 12 months ago.

» Further coverage and results in the June 7 edition of AW