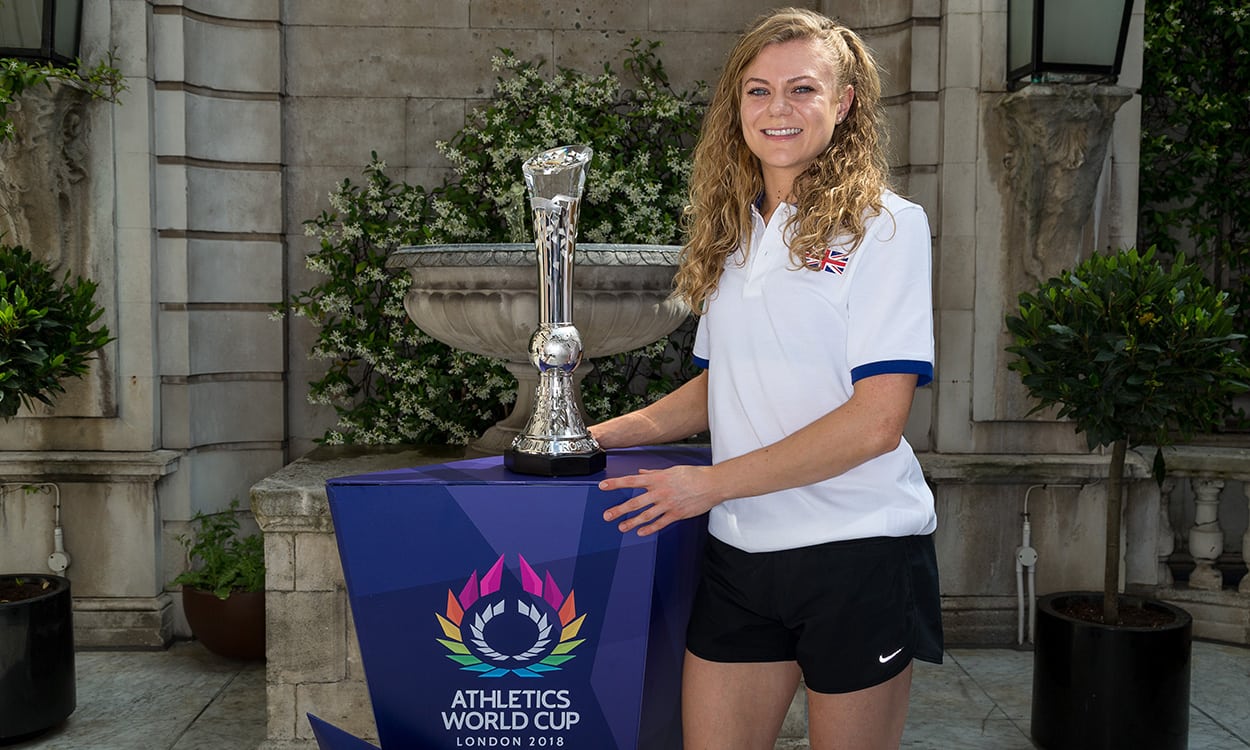 Over the past six years Beth Dobbin has amassed many memories of athletics action inside the iconic London Stadium but so far they have come from being a spirited spectator.

A rising sprint star on the cusp of a breakthrough, she watched last year’s world championships and remembers the crowd’s passion. Five years before that, as a junior athlete on the start of her journey with coach Leon Baptiste, the Scot saw athletes such as heptathlon great Jessica Ennis-Hill roared to victory.

This weekend the 24-year-old will pull on the GB vest for the first time, step on to the London Stadium track and race for her nation at the inaugural Athletics World Cup.

Many years of hard work, both on and off the track, are continuing to pay off for the Edinburgh AC sprinter, who has improved with every 200m race she’s lined up for this summer.

After first breaking Sandra Whittaker’s 34-year-old Scottish record at the start of June, Dobbin went on to run 22.59 into a headwind to win the British title in a championship record in Birmingham, gaining GB team places for both the World Cup and next month’s European Championships.

“The biggest stadium I have ever competed in is Birmingham so this is just going to be amazing,” she says, looking ahead to the London event.

“It’s a really quick track, you see everyone run PBs there, and I just want to soak up the atmosphere.

“Because I have never raced at a big competition or a championships before, I think I really thrive off the pressure. I’m going to hear that roar for my name, the adrenaline is going to be at a different level and so hopefully that can bring out a really good time.”