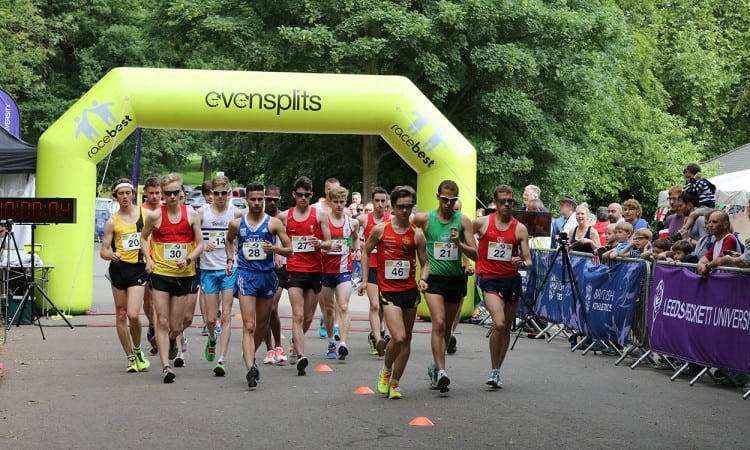 Tom Bosworth and Bethan Davies will compete on home soil for the first time since winning medals at the Commonwealth Games in Australia when they line up at the British Grand Prix of Race Walking at Roundhay Park in Leeds on Sunday, writes Ian Richards.

At the 20km event, which is the British championships as well as the British trial event for the European Championships in Berlin, Leeds-based Bosworth will be looking to build on his British record of 79:38 he set when winning silver on the Gold Coast.

The 28-year-old, who has won the previous two editions of the British Grand Prix of Race Walking, said: “It will be great to be able to perform on my home patch again after spending so much time in Australia for the Commonwealths and China for the IAAF World Race Walking Team Championships.

“I’m looking forward to competing in front of my family, friends and training partners.”

His main competition will come from training partner Callum Wilkinson who was seventh in the Commonwealth Games, clocking 82:35, just outside his personal best.

Cameron Corbishley is fresh from a block of training at the Australian Institute of Sport and from winning the under-23 title over 10,000m on the track in Bedford on Sunday. He will be targeting a revision of his current PB of 86:00 and the Berlin qualifying time of 85:00.

Davies will look to build on her bronze medal on the Gold Cost in a season that has also seen her move to No.2 on the UK all-time list when clocking 91:53 in Lugano in March.

She will be looking to regain the British Grand Prix and British titles from Leeds-based Gemma Bridge, who was victorious last year in 92:33.

Bridge was fifth on the Gold Coast and clocked a season’s best 95:43 when finishing 53rd in Taicang.

Davies’ Welsh compatriot Heather Lewis, who was seventh in the Commonwealth Games, also has the European standard of 97:00 achieved when she set a personal best of 96:14 in Lugano that moved her to fifth on the UK all-time list.

Erika Kelly, who finished ninth in Australia when representing the Isle of Man, will be keen to improve her PB of 99:36 set in Lugano.

Slovakian Monika Hornakova has a personal best of 99:53.

The event is free for spectators and the course is a 500m out and back loop on the Carriage Drive alongside Waterloo Lake. The action gets under way at 9:30am.