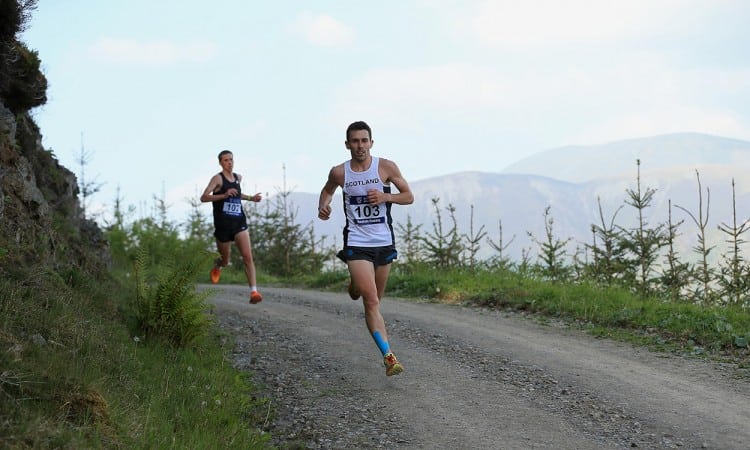 Four full teams have been selected to run for GB at the European Mountain Running Championships in Skopje, Macedonia, on July 1.

Andrew Douglas headlines the senior men’s quartet after winning the trials in Sedbergh last weekend. A consistent performer for the British team at major championships over the last few years, this will be his fifth consecutive appearance at the Europeans. He was fourth at his last up and down edition two years ago in Arco, so will be looking to be in contention once again this time around.

The next three finishers at the trials are also selected: Chris Arthur, Nick Swinburn and Max Nicholls. For Swinburn, this is his first call-up to a British team since 2015, and it comes on the back of a good run of form having won the inter-counties last month.

After an excellent run of form, Emma Gould has been rewarded with her first senior international call-up after she placed second at the trials. The Birchfield Harrier was also in the top three at the first round of the British Athletics Mountain Running Challenge at the inter-counties, so she goes into the event after an impressive spell of domestic results.

Heidi Davies and Bronwen Jenkinson will make their first senior appearance in a British vest at these championships with Katie Walshaw completing the senior women’s line-up.

Trials winner Matthew MacKay and Lauren Dickson will make their first under-20 international appearances for the British team in Skopje.

As is customary in even years, the 2018 edition of the European Mountain Running Championships will be staged on an uphill and downhill course.

Team leader Anne Buckley said: “We have selected a team mixed with experience and new faces which is very positive heading into the European Championships. We have a good record at the event and I’m confident our strong teams will deliver on this stage once again.

“It is encouraging to see athletes make the step up from the junior ranks to making teams at senior level, and I’m sure this will act as encouragement to those in the junior teams on this occasion.”