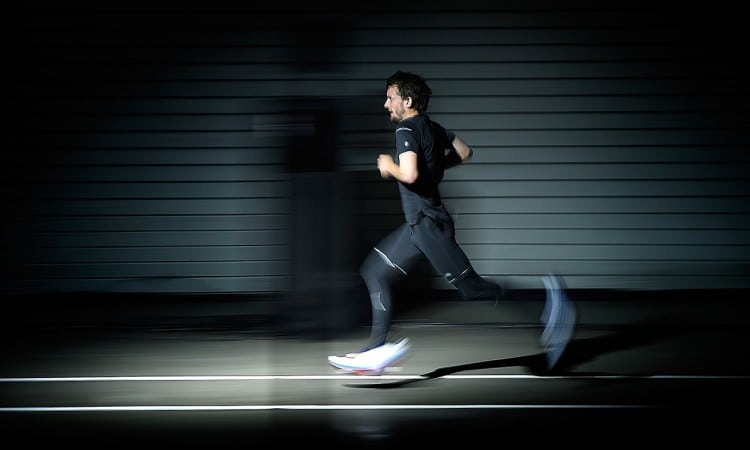 A recent all-clear to start thinking about sessions again has given Dewi Griffiths a boost as he targets an autumn return after injury.

The Welshman impressed with a 2:09:49 marathon debut in Frankfurt last October but his hopes of competing at this year’s Commonwealth Games and European Championships were dashed by a stress fracture to his hip.

Although disappointed, Griffiths has had time to identify the positives from such a setback and says the foundations for the Tokyo 2020 Olympic Games have already started to be laid.

“In a way, it has been nice to take a step back,” says the 26-year-old, who moved to 15th on the UK all-time list and No.2 on the Welsh rankings behind Steve Jones following his marathon performance in Germany.

“I had such a whirlwind autumn where everything was going my way, it’s nice to take a step back and appreciate where I got to but also consider ‘what can I do better for next time?’ If everything had gone my way, I’d have gone to the Commonwealth Games and the Europeans this summer and probably never have had the chance to reflect.

“I’m probably at a critical point in my career,” adds the Swansea Harrier, who had been due to race the 5000m and 10,000m on the Gold Coast.

“I’m 26 now but I like to think that my best years are still ahead. It has given me the chance to think ‘can I do things better?’ Obviously you can. You can always train a bit smarter. I’m looking forward to the next couple of years.”

“I’m probably at a critical point in my career. I’m 26 now but I like to think that my best years are still ahead”

While Griffiths might be targeting the road for his comeback later this year, he still has ambitions for the track and believes he has plenty of time to progress in both areas.

“Yes, we’ve missed the Commonwealths and Europeans, but there are bigger races ahead. I’m still young, I can still hopefully be running well when I’m 31 or 32. You look at Mo Farah – he’s 35 and he’s still running well.

ASICS ambassador Griffiths was speaking with AW at an event held to showcase the new Gel-Kayano 25 footwear and prove the power of the mind, with the Welshman among runners to test themselves on the ‘ASICS Blackout Track’ which was developed in collaboration with sports scientists to remove all distractions and encourage runners to focus on synchronising the mind and body.

Cloaked in darkness, there was no tech, no music, no scenery, no comforts and no finish line.

“Having a positive mind is always a massive factor,” Griffiths says.

“Knowing you’ve got support around you plays a massive part. A happy athlete is a fast athlete.”