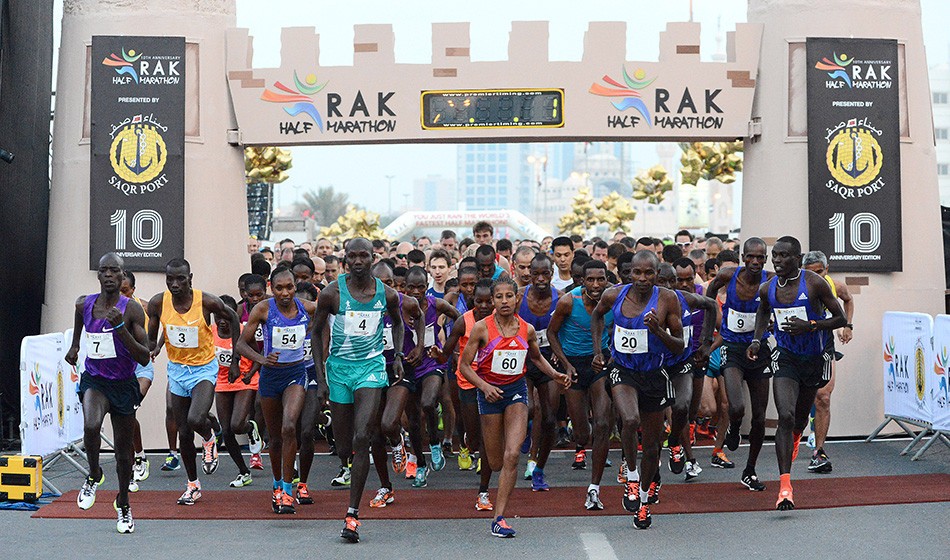 The Ras Al Khaimah Half Marathon in the United Arab Emirates offers statistically the fastest half-marathon course in the world.

Held on February 8, it is well placed to fit in with spring marathon plans and when it comes to the weather it takes place in fine (but not too warm) conditions, which will be a welcome escape for British runners who have been training through the winter.

It’s not all about the running either, as the Arabian Peninsula area where the event is held is a sight-seeing paradise. A time difference of only four hours from the UK also means it’s not difficult to travel to.

Tim Hutchings, the international runner-turned-commentator, has worked at the Ras Al Khaimah Half Marathon for most of its history and says: “The Ras Al Khaimah Half Marathon – also sometimes known after 12 years as the RAK Half – is one of the best kept secrets of the United Arab Emirates in terms of it being a wonderful “pre-spring marathon” preparatory race, for any level of runner.

“Since 2007, the Ras Al Khaimah Half story has got better, and bigger. It now attracts almost 2500 starters, from just a few hundred initially. Dozens of elite men have run under 60 minutes on the gradually adjusted circuit, with many of the less fast runners focused on the glorious beaches as much as the race itself!”