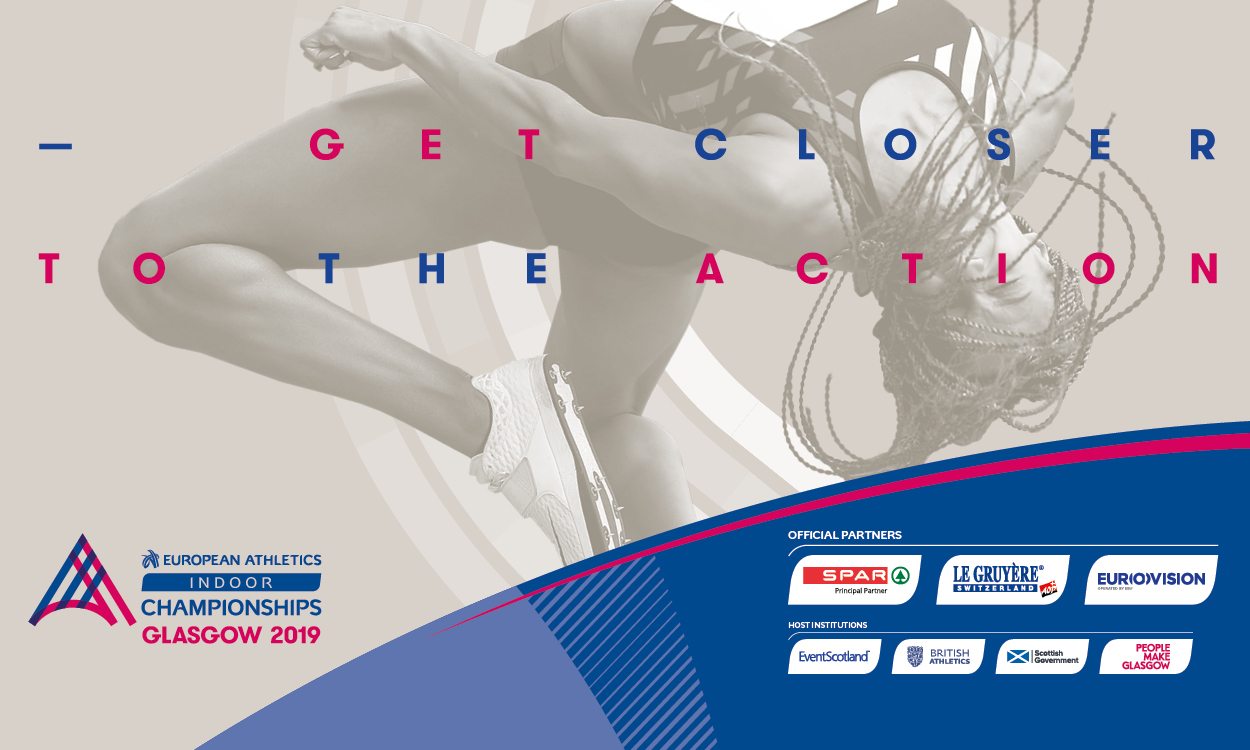 From March 1-3 2019, Glasgow’s Emirates Arena – one of the largest indoor sports venues in Europe – will see athletes from all over the continent vying to win medals and raise standards at the 35th European Athletics Indoor Championships.

Over 600 athletes from over 45 countries are expected to arrive in the city, which so memorably hosted what is now widely recognised as the best ever Commonwealth Games in 2014.

With a total of 18,000 people set to watch the action over a three-day competition, it is an event not to be missed! Tickets are on sale now via glasgow2019athletics.com

2019 will be the first time Glasgow has staged these championships since 1990, when Scottish favourite Tom McKean was crowned champion over 800m at the Kelvin Hall.

Cherry Alexander MBE, Major Events Director at British Athletics and Head of Competition for Glasgow 2019, said: “The 2014 Commonwealth Games was an insight into just how well Scotland can play host to international sporting events, and I am sure that Glasgow 2019 will be another step forward in cementing Scotland’s status as a first-class deliverer of world-class sporting events.”

Tickets are available via glasgow2019athletics.com