Tobias Mews and an appetite for adventure 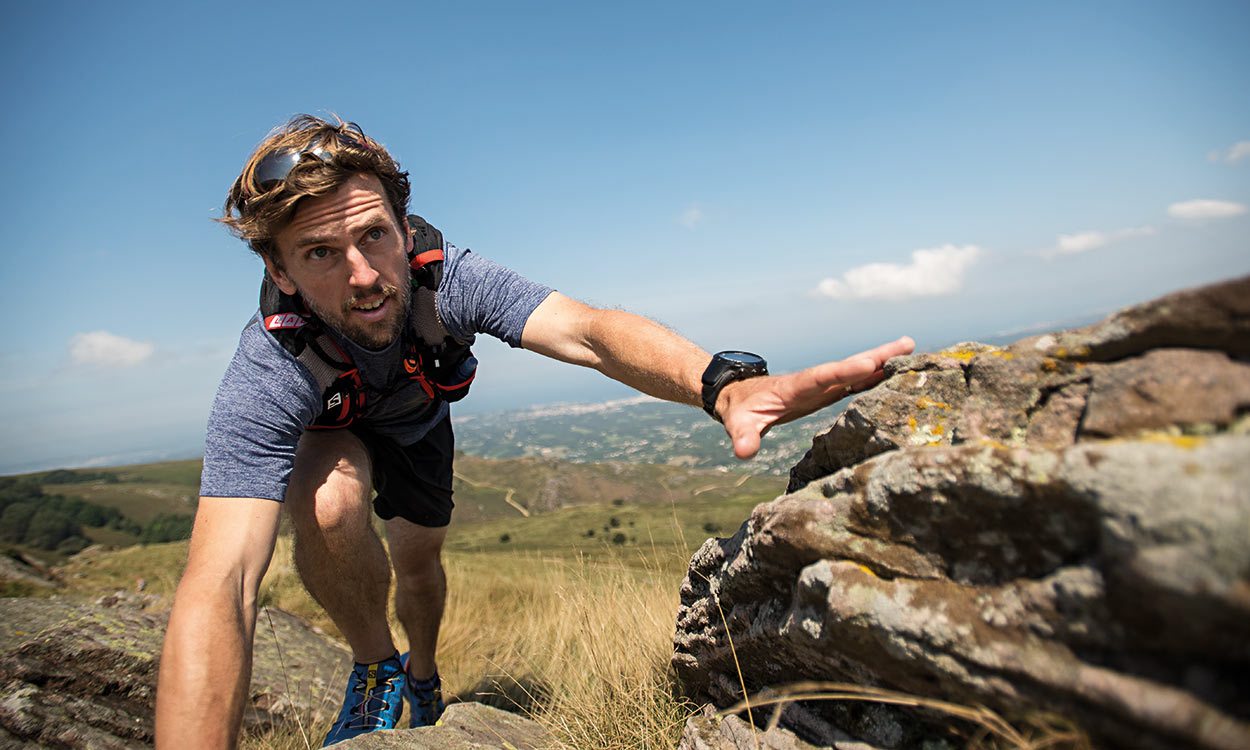 “If entering a race is a bit like going out for a meal in a restaurant, then these challenge ideas are home cooking,” says Tobias Mews by way of describing a rather different approach to testing yourself.

This is not some sort of runner’s cookbook of which he speaks, however. The adventure athlete is referring to recipes for events which are indeed very much homemade and with a simple philosophy behind them: think differently and set yourself a challenge.

Having previously been someone who was always seeking to win or excel in the races he entered, Mews – one of Britain’s best at ultra endurance events – realised he had grown ‘addicted’ to racing, that he was beginning to get a little stale and that some sort of refresh button needed to be hit.

So he became, as he puts it, his own race director. The field of participants would consist of himself and a few friends, the route and nature of the challenge would usually have been concocted in the pub, and would aim to be realistically challenging in relation to the time available.

After all, a weekend presents scope for adventure on a little more of an epic scale but, with the right thought and planning, even a spare midweek hour or two allows scope for all sorts of possibilities.

How many blue plaques could you run past during an hour’s run around London, for example – or could your daily commute be turned on its head by racing the bus? Beginning to get the idea?

“When I was in my serial racing days, I’d sometimes be doing two to three races every weekend,” says Mews, a former British Army officer. “I was addicted to it, it was like a drug and I found myself thinking ‘why am I entering all of these things when it seems so straightforward (to do his own thing)?’

“I found myself looking for things to do on a Wednesday evening, or a Tuesday morning, or whatever it was. My thought process was ‘how can I get my fix, whenever I want?’.

“I’ve been inspired by the Audax cycling world, which are a series of rides that you can just do any time you want. There are these permanent routes – they are not a race, they are a route – they range in distance and you apply for a card which you get stamped to prove you’ve done it and off you go.

“The long distance walking association have a similar thing with what they call ‘anytime trails’ and they are, again, permanent routes. I can go on to their website and find routes for trail running.

“The great thing about a lot of these routes is that they are invisible to people. They are not marked, there’s no banner, no-one knows what you are doing and that’s what I love. It’s almost like secret racing.”

“No-one knows what you are doing and that’s what I love. It’s almost like secret racing”

It does feel like a covert sort of community, however Mews very much wants to spread the word. It’s the inspiration behind his latest book Go!, which is essentially a number of challenges collated with the idea to get you started and your mind thinking. They range from short and straightforward right through to multi-day missions – and all can be adapted to your local surroundings.

“The real joy in all of this comes when you’re sitting around with mates and you just come up with some barmy idea,” adds Mews. “It’s normally around a drink, in the pub, and conversations like ‘imagine if we could do this, imagine if we could do that?’. You can come up with these crazy ideas and most of them are beyond bonkers so you have to rein them back a bit to the point where it’s feasible to mere mortals.

“What I found is that it was fun doing these challenges with other people. Not necessarily racing one another but racing an element together as a team.

“For example, the idea of racing from sunrise to sunset has been around for generations. And that idea gives you the chance to make that challenge as difficult or as easy as you want. Depending on what day you choose and at what time of year, you will have more or fewer minutes.

“You just need to apply a cut-off that is feasible given the distance you are trying to achieve.”

Mews is not the only person coming up with such ideas, and nor does he want to be flying solo in a mission which revolves around getting more people outside and exploring new horizons, be they on the doorstep or in another continent.

Once you start embracing your own ideas of where to run, swim, bike, walk, climb or scramble, the urge to share them becomes hard to resist, insists Mews. His ideal scenario would be an online resource to which people could be regularly referring and adding new challenges. 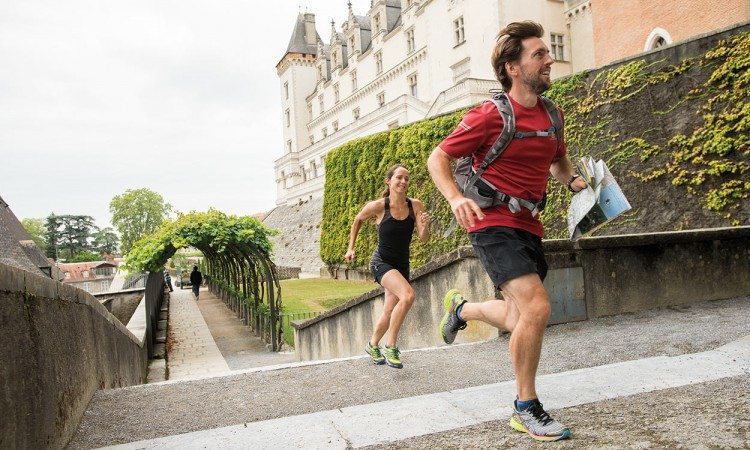 “You not only want to share it with your friends and family afterwards but you want to share it with others, and not let these unique routes disappear into fantasy land and be forgotten,” he says. “So the ultimate goal is to create something like a directory of challenge ideas that people can do themselves… and don’t cost anything.”

Mews does stress, however, that “alongside all of this, you still want to enter races”.

This is not a permanent replacement for tackling established events, rather a way of reminding yourself why activity is such an enjoyable thing to do in the first place.

“This is more about getting your motivation back and finding your mojo,” he says. “I lost mine for a bit, I think, and that’s when I decided I really needed to start creating my own kind of adventures.

“People are losing their way a bit, perhaps getting too hung up on the pursuit of PBs for example, and are forgetting why we do these things in the first place.”

He adds: “I think a lot of people take up a sport because they want to lose weight or they want to get over a relationship that went wrong or they’re having a mid-life crisis and they plunge themselves into something.

“Whatever it is, there’s often a good reason. For me, my reason was because I used to be in the army but I lost my identity when I left the army and I wanted to find something new to focus on and that gave me an identity. I began to focus on ultra running. However, I had no ambitions other than just trying to push myself.

“I loved the aspect of being outside, I loved the fact that you could be out there doing an overnight race.

“While everyone else is inside heading for bed and there you are out there trotting down the street with grim determination on your face to make it to wherever you are going to.”

It’s that going against the norm which excites Mews. “By doing something different it makes it interesting,” he enthuses. “Adding another dimension to it which makes you stand out from the crowd.”

It’s that kind of thinking which results in challenges like the one undertaken by a number of runners each year on London Marathon day which involves getting up in the very early hours, running the route backwards (the roads are already closed, after all), getting to Blackheath and then turning round and running the actual marathon with the tens of thousands who are taking part.

That is one of the ideas mentioned in Go! but, as Mews admits: “The book is the tip of the iceberg – there are hundreds more ideas that you could list – but it’s just a way of getting you started and getting you thinking outside of the box a bit, really. I’ve applied it for anywhere.

“Find your level of bonkersness and then decide whether you think it’s achievable or not in the time you’ve got available.”

» Go!: An inspirational guide to getting outside and challenging yourself by Tobias Mews. Published by Aurum Press, £16.99