Get up to speed 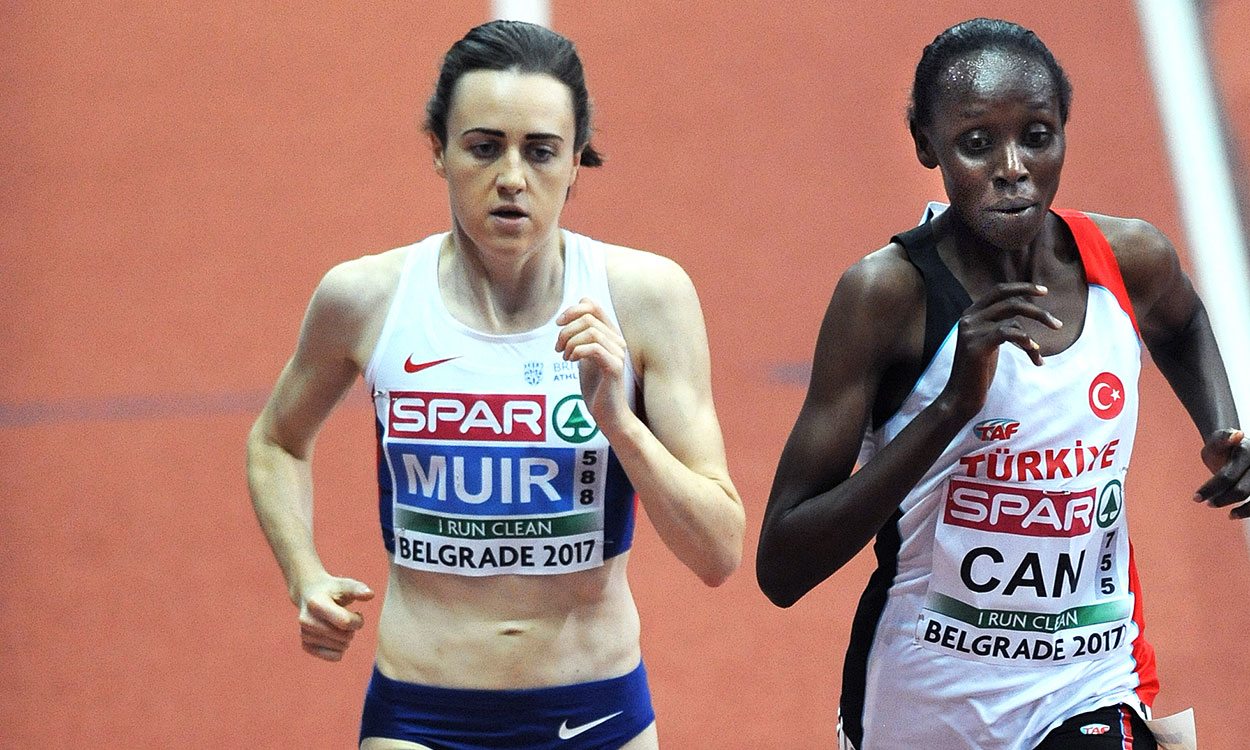 Speed is of the essence but, if you aren’t blessed with the genes of a sprinter, how do you pick up your pace?

Speed work and training methods designed to improve power and sprint technique are invaluable when it comes to improvement of running times and overall performance. And, while we aren’t all destined to run 100m at top speed, we are all capable of getting faster. Here, we ask the experts how to do it:

Jenny Meadows, the former 800m runner who won medals at the world and European championships, says that runners often overlook the need for sprint drills like high knee running and lunges and plyometrics-style exercises that focus on bounding, hopping and jumping.

Yet, these training elements not only improve technique but power, too, and contribute significantly to the development of speed.

“It’s just as important for middle and long distance runners to focus on running economy and efficiency and get those mechanics right,” says Meadows, who is now passing on the benefits of her experience through coaching and mentoring.

“I’ve seen Laura Muir (pictured) do drills like a lot of sprinters would. I’ve seen Mo Farah box jumping and his plyometric ability is amazing.

“He can jump on to a box which just about comes up to my chin. I had to see it to believe it.”

Meadows performed drills on a daily basis both before and after her running sessions and also spent around 30 minutes each day on static stretching to extend her range of movement.

“I would say that most runners of any level should be prepared to sacrifice an extra endurance session to focus on technique at a younger age,” she says. “Things have moved on a lot over the last 30 years in the way we think about speed.”

Hills are tremendous for developing the leg strength that is necessary for speed. Add them to your training, but keep them varied.

“Run over the top of a shorter hill with a steeper incline and concentrate of holding your form as you hit the flat at the top,” suggests UK Athletics qualified coach Paddy McGrath.

“Really concentrate on your form as you go up any hill – aim to drive the arms and have high knee lift.”

It’s not just uphill running that can help. Find a shallow, grass downhill and practice running down it for exaggerated leg speed.

David Lowes, a level 4 endurance coach, says distance runners should think like a sprinter and learn how to run fast.

“It isn’t unusual to see someone looking fairly smooth until they try to sprint, when their co-ordination becomes poor. And it’s not all about pumping the arms and legs as quickly as possible,” Lowes says.

“You need to get off your heels and get up on to your forefoot, springing off the ground much more than you would when you are running long distances.”

He advises practicing fast running so that you can hold your form smoothly, but powerfully.

“Think about and understand where power is being generated, as that is what translates into speed when you run,” he says.

“Power stems from the glutes, the hips, the hamstrings, the calf muscles and the feet. Utilise every one of those body parts to move as fast as you can.”

Lowes adds that “good knee-lift, a slight forward lean from the hips and excellent contact of the feet with the track will produce the propulsion that is needed” for speed.

Head for the track

A simple mistake made by many distance runners is to restrict their speed work to parks, trails and roads. If you are serious about enhancing your speed, then head to a track. And wear spikes when track training.

“If you are a heel-toe runner, then you’ll never be able to sprint as fast as a forefoot runner,” Lowes says. “That’s precisely what spikes are for and why we wear them. Practice form running and getting up on your toes in your spikes – you’ll be amazed how much difference it can make to your speed.”

Don’t be afraid to try shorter, faster sessions on the track or grass.

“Accelerations in which you run progressively faster over, say, 150m are great for developing speed in race-like situations,” McGrath says. “Or you could try running 50m at 1500m pace, the next 50m at 800m pace and the final 50 flat out.”

In full sprinting mode, the knees will be much higher than when you are running a distance and, as a consequence, your stride length is extended. It’s useful to assess whether or not this is actually happening.

“You can easily measure your stride length by counting your strides at 5km pace from a marker and using that same marker when at maximum speed,” says Lowes.

Another method is to head to a cinder track or beach where you can measure the distance between each foot imprint. If your stride length is the same when you run at 5km pace as it is when you run at speed, there is clearly work to be done on improving your fast running form.