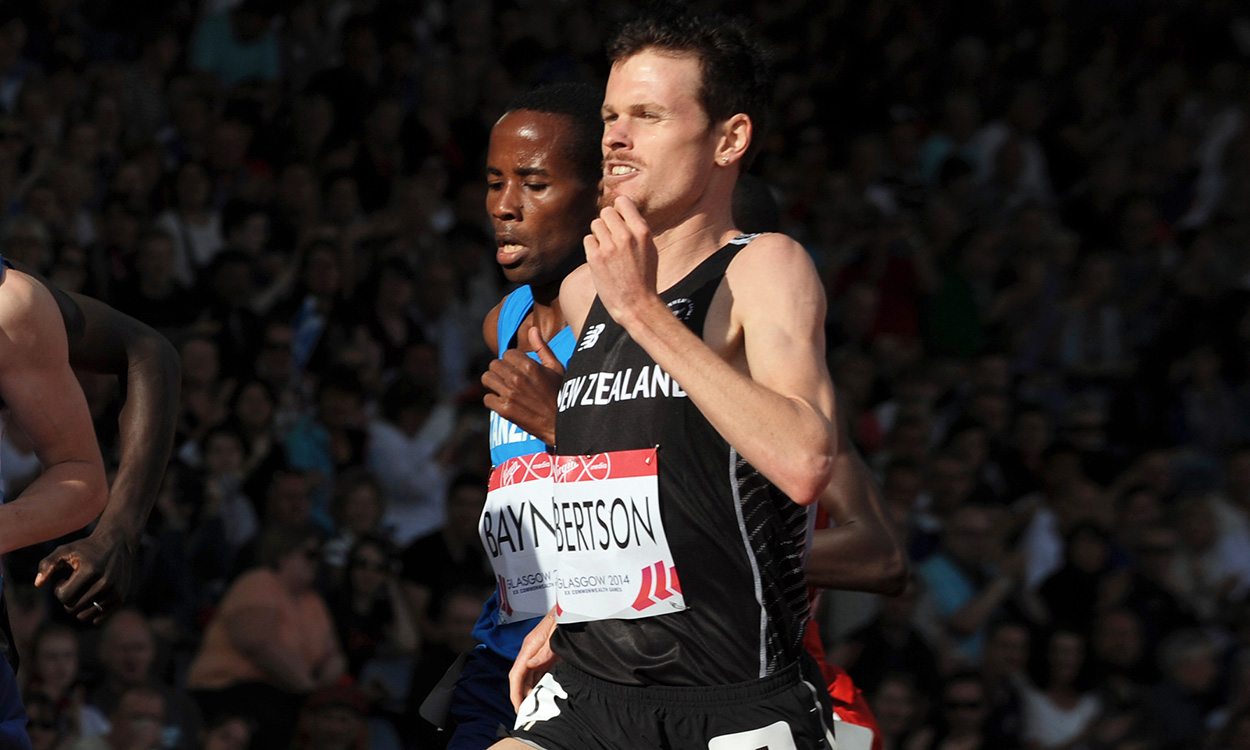 New Zealand’s Zane Robertson is in the process of fine-tuning his preparations for next month’s Commonwealth Games. The 28-year-old, 5000m bronze medallist in Glasgow four year ago, will this time be running the marathon and pitting his wits against the likes of Britain’s Callum Hawkins on the Gold Coast.

It has already been a year to remember for the Robertson family with Zane’s twin brother, Jake, recently breaking the 35-year-old national New Zealand record (2:08:26) for 26.2 miles in Japan.

Both have lived and trained in Africa since they were 17 and it is where they have prepared for what is a big year ahead.

“After a number of injuries interrupted 2017, I’m looking forward to returning to full fitness in 2018,” says Zane, whose brother is selected for the Commonwealth 10,000m. “Although I made it to the start line of some major events, I never managed to reach peak fitness and find top form.

“Glasgow 2014 was a special moment for me, managing to win my first major medal. One of the main attractions of competing at the Commonwealth Games is to try to upgrade the colour of my medal!

“That’s the main focus in the early part of 2018. The year started with recuperating from injuries and getting my fitness and strength back and so far things are looking promising. At the moment training is all geared towards the Gold Coast!”

Colin Thomas, a physiologist and running coach, spent time working with the Robertson brothers in Iten this winter and in this diary piece he outlines one of the training sessions, and the almost forensic approach, which has put Zane firmly on track.

The meeting time was 8am, the location was National Oil petrol station on the main road that connects the Kenyan city of Eldoret to the small town of Iten, otherwise known as The Home of Champions.

The main road is the only concrete road in the town – the others are red dusty, rocky pathways or trails. The group of five Kenyan athletes, plus Zane Robertson, his Ethiopian girlfriend Bezawit, the driver Kandi and myself were ready to go.

For anything else in the day, Kenyans will be late, very late. But, when it comes to running, they will always be on time.

We were heading down from the 2400m altitude of Iten into the desert heat of the valley. The training plan stated a 90-minute progression run with 30 minutes of fartlek to finish, all in 35-degree heat.

Since 2015, Zane has become one of only five non Africans to run a sub 60-minute half-marathon (his personal best is 59:47), ran a course record in the Berlin 10k and finished 12th in 10,000m at the Rio Olympics, so he could be excused for thinking that some more good races are on the horizon.

“For anything else in the day, Kenyans will be late, very late. But, when it comes to running, they will always be on time”

The Commonwealth Games marathon will be run on April 15 and it’s expected to be hot. If you want to run that distance in the heat, you would be crazy not to train specifically for it. Hence this training run in the heat of the Kenyan valley.

As well as the usual challenges of going for a fast long run, there were going to be some added extra considerations to plan for ahead of this run.

1. How could we combat the increased rate of dehydration?

2. Could we help with thermoregulation (heat control)? Could we accurately measure exercise intensity, load and recovery?

There’s not exactly a plethora of facilities or equipment in Kenya, but we had some ideas.

The evening prior to this training run, we carefully measured out 6 x 250ml of Zane’s favourite carbohydrate energy drink into 330ml plastic bottles, provided by Swiss company Winforce. The plan was to take on the full contents of a bottle every 20 minutes, so that we knew exactly how much liquid and carbohydrate he had consumed.

We measured exercise intensity, load and recovery by using a Firstbeat Bodyguard device. The device is applied to the athlete’s chest through two ECG electrodes, which had to be heavy duty due to the conditions and the intensity of the exercise (creating a lot of sweat).

As well as heart rate, the Firstbeat device also measures Heart Rate Variability (HRV), which is the minute beat to beat changes between heartbeats. HRV is widely regarded as being a good indicator of Sympathetic (fight or flight) versus Parasympathetic (rest and relaxation) parts of the nervous system and hence indicates whether an athlete is recovering from their exercise session.

“The Commonwealth Games marathon will be run on April 15 and it’s expected to be hot. If you want to run that distance in the heat, you would be crazy not to train specifically for it. Hence this training run in the heat of the Kenyan valley”

The results from the Firstbeat were staggering. All four of the athletes who were wearing the device were in their top exercise training zone, which is above 85% of their theoretical maximum heart rate for the entire duration of the run. This indicates that the exercise was extremely hard.

To put this into perspective, an amateur athlete could sustain this level of intensity for a few minutes before stopping due to perceiving that the exercise was too hard. The rate of recovery was also impressive. Soon after the exercise had finished, Zane had a high heart rate variability, indicating that his parasympathetic nervous system (rest and relaxation) was once again in control of his body.

At 8am, all nine of us piled into the matatu (Kenyan style mini bus) and Kandi drove us down the windy road along the cliff edge of the valley for about 60 minutes until we reached our destination for the run. Conditions were as hot and as dry as expected.

We all started our watches and the athletes set off along the straight road. Myself and Bezawit jumped into the matatu, alongside an impressive array of naturally misshapen bananas and bottles of water and sports drinks.

Kandi drove us just behind, alongside and slightly in front of the athletes who were keeping pace in a metronomic manner, passing the entrance to The Rimoi Game reserve which is home to one of Africa’s largest herds of elephants.

Every 20 minutes, Bezawit, Kandi and myself handed individual drinks bottles to the athletes, through the windows of the matatu. We turned at the halfway point and the athletes retraced their footsteps. The speed on my watch (as I sat in the front seat of the matatu) suggested that the pace was relentless. We soon reached the final 30 minutes and the athletes started their fartlek session of 30-second bursts of pace every two minutes.

By this point they were soaked in sweat, obviously feeling the pace and the heat, but still managing to look strong and maintain a relentless pace. The watches ticked over for 90 minutes and the run was complete. Rehydration and refuelling was definitely required before the drive back up the cliff edge road to the altitude and cooler air of Iten. Job done for today, but for these guys this was just part of the endless daily grind of hard work and dedication required to reach the top.

» Colin is the clinical lead physiologist at BMI Healthcare, a sports scientist, UKA running coach and personal trainer tutor/assessor who works with athletes from beginner to elite, all over the world. He has spent time in Kenya with some of the world’s top athletes and coaches. He has also worked in hospitals, gyms, clinics and fitness centres all over the UK with the general public, amateur and professional sportspeople, all with the similar aim of improving performance. As a running enthusiast, he is always looking to trial new ways of pushing the limits of human performance. He is a regular speaker at conferences in the UK and his written articles regularly published in running magazines. He is also on numerous expert panels in UK Healthcare, Bioscience and Sport.