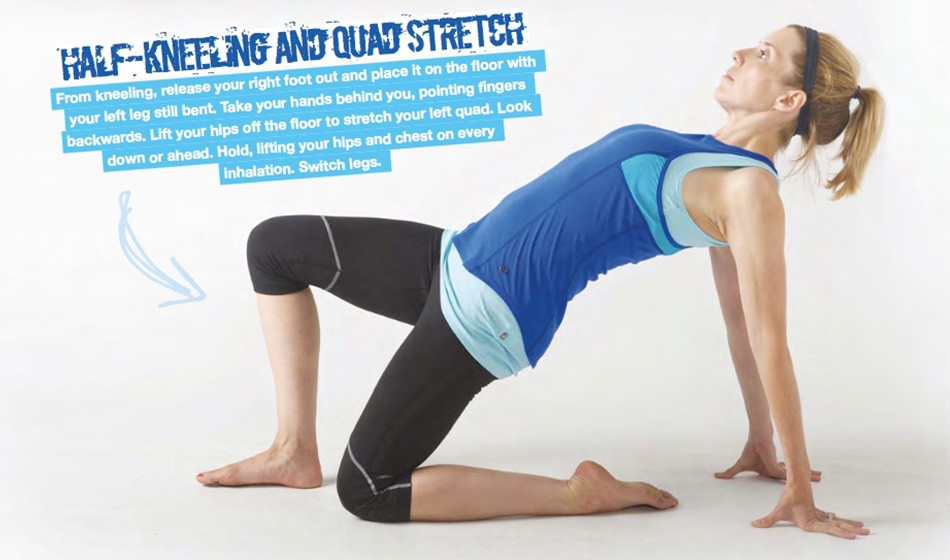 Yoga helps to redress imbalances in the runner’s body that can lead to injury, as Lexie Williamson explains

A huge range of sports people from runners and cyclists to soccer players and tennis stars – think Scott Jurek, Cadel Evans, Ryan Giggs and Andy Murray – use yoga in their strength and conditioning regimes. The primary reason for this is usually injury avoidance. Yoga is renowned, first and foremost, as a stretching discipline.

A regular yoga practice can help runners sidestep common running injuries like iliotibial band syndrome or plantar fasciitis, especially if accompanied by massage and adequate recovery time. But there is a lot more to yoga than ironing out muscular kinks caused by pounding the streets and trails.

Yoga can be used to positively enhance running performance, be it focusing a jittery mind, breathing more easily, running taller or even sleeping deeper.

Running is a fantastic cardiovascular sport that floods the body with feel-good hormones called endorphins and many find its repetitive nature a stress reliever.

The downside of the repetitive motion is that it taxes a few select muscle groups (namely hamstrings, quads, hip flexors and calves) while underusing others. Over time this imbalance of usage restricts fluid running and can trigger injuries.

As a yoga teacher with a specialism in running who also loves to put in the miles, my aim is to ensure you re-establish the necessary body balance. Through yoga, you can lengthen muscles, realign joints and stabilise the body so that you are better equipped for your regular run. And it’s not something to be practised only when you get injured. Ideally, yoga stretches should form part of a “prehab” routine, helping you to maintain a normal level of mobility to prevent niggles before they occur. It can also create heightened body awareness, so you notice when things are off-kilter before a full-blown injury happens.

The series of postures below are based on yoga’s basic kneeling position, called virasana. Kneeling provides a gentle quad stretch and also stretches the front of your feet and ankles – a good combination for runners. However, kneeling brings your legs into deep flexion, placing pressure on your knee joint and ligaments, so those with existing knee problems or stiff ankles might find it uncomfortable. If this is you, then just practise step one with plenty of padding.

You will need some foam yoga blocks or cushions. As the series proceeds, the postures become stronger, so continue to monitor your knees and lower back. 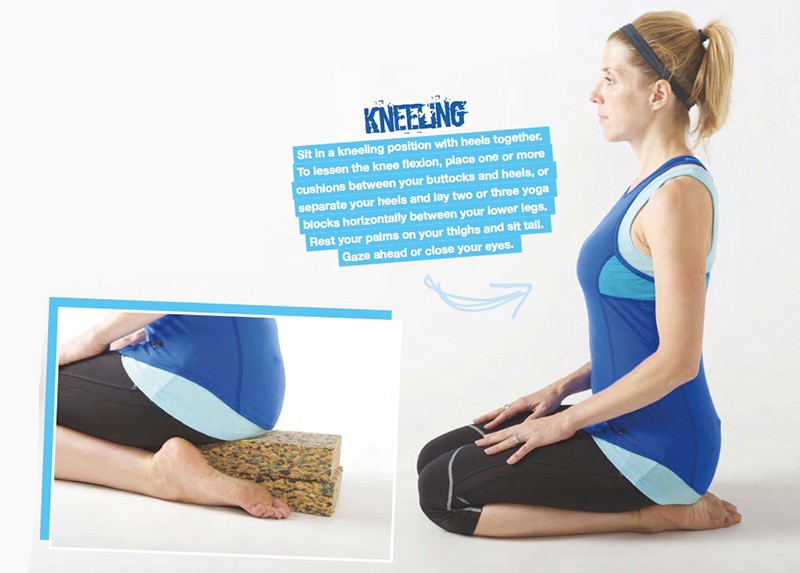 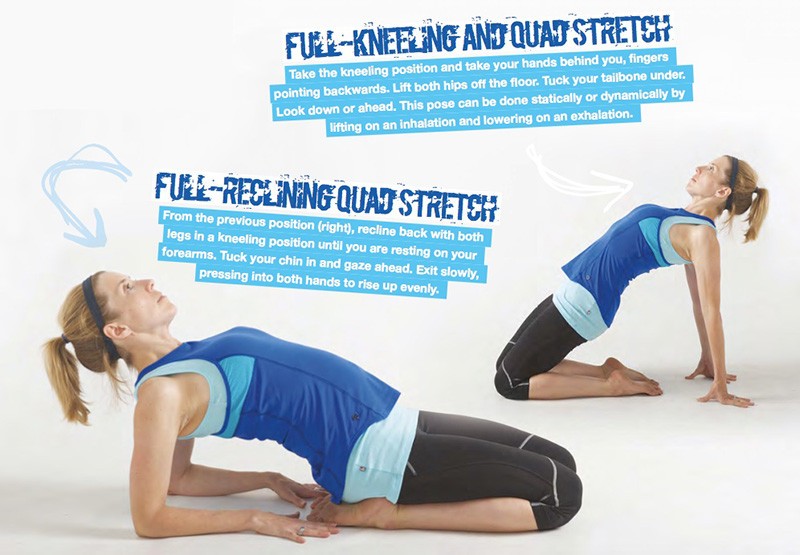 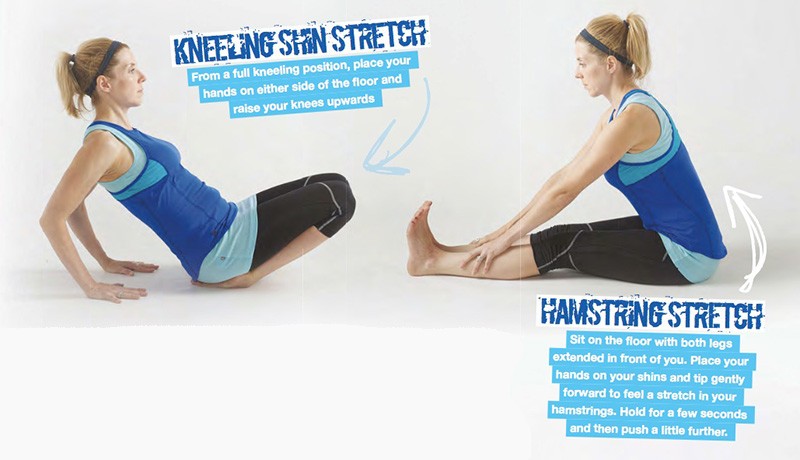 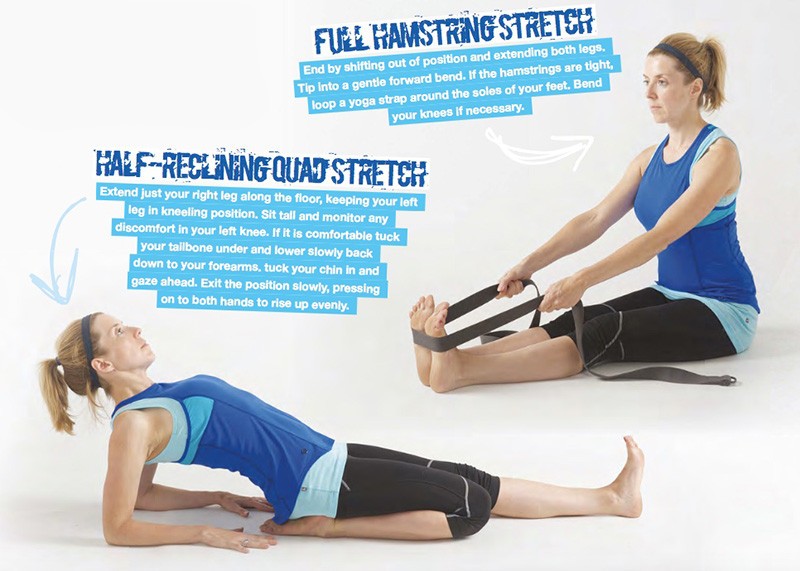 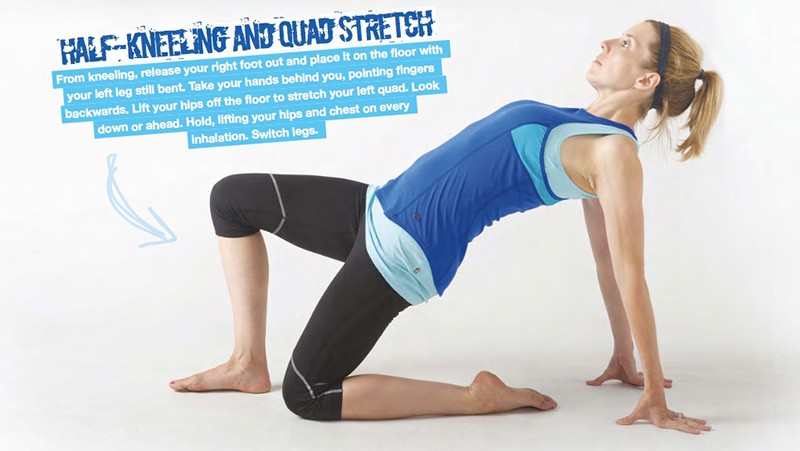 » Lexie Williamson is a British Wheel of Yoga and Yoga Sports Science-qualified instructor specialising in yoga for runners. She works with running and triathlon clubs and is the author of Yoga for Runners (Bloomsbury, £16.99). See pulseyoga.co.uk

» This feature was first published in Running Monthly