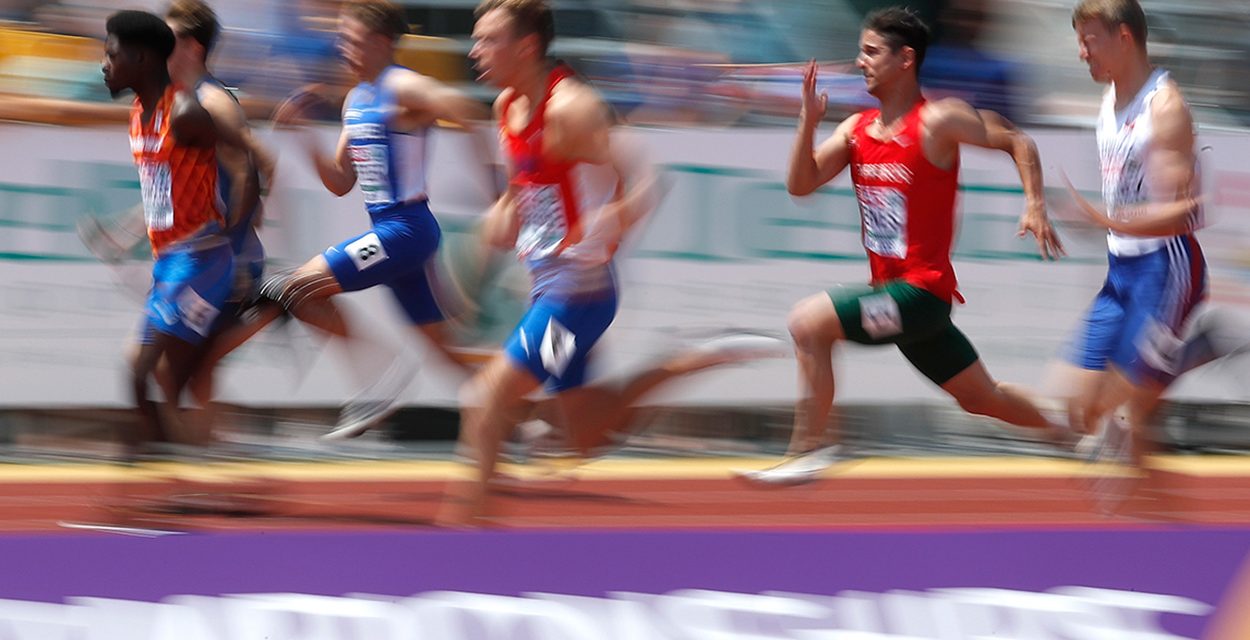 In a previous edition of AW magazine, Karla Drew presented statistics on the progression of GB junior to senior team level (AW, July 12) in which she noted, among various findings, over a half fail to improve at their event.

The sports psychology researcher identified a number of progression problems such as: financial, injuries, increase in pressure to perform, and complacency.

She then provided some suggestions to ease this transition – for example, educate on the transition process; develop a positive life balance; create a support network.

In 1999 the IAAF held its first ever world youth championships, with the last being held in Kenya in 2017.

There was great debate about whether these under-18 championships were a good idea at the time. It is thought that early specialisation can lead to burn-out and lack of progression – a message that one is potentially able to extract from Drew’s “British” findings.

From 1999, the IAAF surveyed 266 worldwide athletes from that year’s world youth championships in Bydgoszcz and tracked their progression for a further six to seven years.

The athletes came from the complete spectrum of disciplines. They found that 90% continued to improve, 88% made the top 100 in their event and 21% made the senior world championships or Olympics.

I attended a European Athletics conference last year where this information was presented and it was done so in a positive light.

“I really cannot find a serious argument or a clear indication that early specialisation (leads to) an early ending of careers,” was how the presenter put it.

Now, Drew indicated that 67% of the athletes who represented GB at the World Junior Championships surveyed from 1998 in Annecy to 2012 in Barcelona did not go on to represent GB in a major senior championship.

However, swing that figure around and the number of juniors who did represent GB in a major championship was 33%, which is superior to the IAAF research’s findings of 21%. So, are we actually doing something right? Or is the “entire” world of athletics doing something wrong?

By this I’m placing weight on the fact that approximately two-thirds of the athletes surveyed – against the specific criteria of both pieces of research – did not “make it” (again subject to the definitions of “making it” in the research and wider context).

I have coached a European junior champion – Elliot Safo – in the long jump in 2013. He was also a finalist in the World Under-20 Championships in Barcelona.

Along with other athletes from my group, he has attended World School Games and the Commonwealth Youth Games and European Youth Olympics.

I say this not to brag but to highlight that, for me, managing the transition from promising young athlete to senior level as a coach has well and truly been experienced and continues to be experienced.

I think the sport can place too much emphasis on junior success. As a coach I’m not too bothered by junior (and below) levels of success.

I try to continually stress to the younger members of my group that it’s not the under-18 and under-20 “medal haul” that really matters, but the senior years’ one (although what you do in those transition years will of course have an effect).

The problem is that you can’t hold an athlete back in terms of the development of their talent – if they jump 7.70m at 17 (as one of my athletes did) then they’ve done it. It’s what subsequently happens that counts and in some cases these great early achievers can create something of an albatross around their necks.

The performance becomes one they have to catch-up to and can’t readily easily replicate soon after – yet often “expect” to. In such instances that guidance that Drew talks about is needed and coaches in particular must be able to handle the situation.

There is so much for a young athlete to deal with when transitioning from junior to senior – as Drew indicates and experience tells.

There are few athletics academies to my knowledge that could guide and help young athletes for a number of years like there are in football and rugby.

Instead, it’s a choice of work or college or a self-funded athlete life (with no guarantees). It’s for these reasons that many UK athletes look to go to the US on scholarships.

They are – dependent on the college attended – given kit, have their tuition paid, living expenses provided, food provided, physio, access to doctors and so on.

It makes it easy to see why more and more UK athletes are going to the US or are at least seriously considering it.

Six of the athletes in my group in fact have journeyed across the pond and their “athletics results” have been quite mixed.

It’s difficult not to feel slightly disappointed as a coach that, having got an athlete to the level required to get a scholarship, that athlete then leaves and at the most crucial time in their athletics development.

I’ll never know whether I could have done a better job.

Back to the IAAF’s findings

Delve into the research on the world youth championships and you’ll find that the 266 athletes involved were all finalists in Bydgoszcz.

So, would the results have been different if the IAAF were able to survey and follow up on the performances of all those making the teams? (Drew’s research seems to focus on all GB junior team selections by comparison).

This is something that would have probably been logistically impossible for the IAAF to do with potentially thousands of athletes to follow up.

Perhaps logic would say that a finalist has more chance of “making it” than a non-finalist, and also that world federations would be more likely to support those athletes, especially should they show subsequent performance increases.

So, that figure of 21% is perhaps not such a positive one – and does it make the GB figure of 33% making a senior team at a major champs a better one?

The IAAF measured the world youth athletes’ progressions and movement into the top 100 of their event in the world. Top 50 and top 10 placings were also measured. Around a third made it into the top 50 and 9.4% the top 10 over the study’s life.

So we have a situation where youth athletes continued to progress and continued to improve. Drew’s research indicated, as noted, that 67% of the GB athletes failed to produce a subsequent PB as a senior.

Now I realise that this is not a direct comparator but the IAAF identified a 90% success rate among the 266 athletes improving their PB. (There’s also interesting research – outside of the scope of this article – which indicates that certain event groups are more prone to superior outstanding young age performances, notably the jumps. The “7.70m at 17” scenario).

However, divergent to the presentation’s positive spin which I attended, the actual report also had this to say: “An indication of how difficult it is even for a young talent to get to world class can be seen from the fact that only half of these athletes could place themselves among the top 100.”

Yet, just to prove that stats can be very confusing (you might think that half making the world top 100 is not that bad) and if the end goal for an athlete is to reach the Olympic Games and perform well, then this finding from the IAAF survey will pique interest (and even justify the world youth championships – despite its removal from the international calendar):

“It can also be seen that the former world youth championship finalists did somewhat better at the Olympic Games than at the World Championships in athletics. A total of 21.1% took part, 6.4% reached the finals. More than half of these athletes (3.4% of the total) won a medal.”

So, is this positive? (The matter of why the Olympics and not the Worlds just throws up more “weird science”). Experience breeds confidence and it certainly can help an athlete master a major senior champs, if they’ve attended an age group version.

Drew’s research and that of the IAAF indicates that more needs to be done to ease the transition and better nurture talent, but this is a huge ask in what’s largely an amateur sport. Funding programmes and support have been cut by various federations. A talented young athlete in the UK may find themselves fending for themselves.

As a largely amateur coach working in the middle of all this, it seems to me that support for talented athletes is generally lacking when compared with other major sports.

Here are a few suggestions:

As clear as mud …

The debate about transition from junior to senior level vis-a-vis stats relating to the two research studies quoted, may come down to whether you are a glass half full or glass half empty type of person.

Around a third of athletes making it to a major games, or 3.4% gaining Olympic medals in the space of around seven years from the world youth cohort, are stats not to be sniffed at.

If similar stats exist for British football academies – of which there are many – the number of players making into the Premier League would make for a very interesting comparison.

Given the lack of, for example, English players in the starting 11s, athletics’ quarter to a third having senior and some Olympic success might not sound so bad a transition.

However, football transition aside and away from those stats, most would argue that the sport of athletics tends to be a bit of a lucky-dip contest – at least for the under-20 age group.

Transition depends on what’s around that athlete and how they are guided; where they live; who they are coached by; what injuries they sustain and what the sport’s governing body can, is able and wants to do for them.