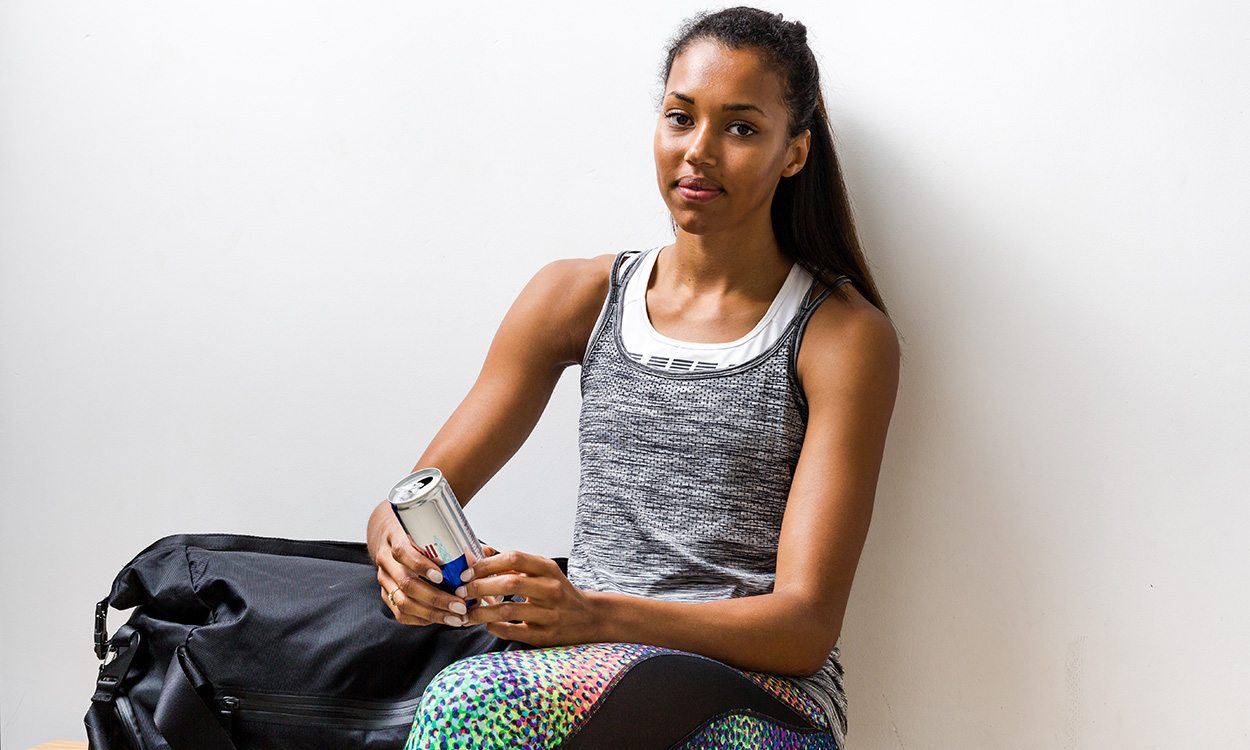 Athletics Weekly: How has your training evolved since your move to Loughborough University and the UKA coaching set-up there and your new coach Fuzz Caan?
Morgan Lake: It’s definitely changed – a new coach, new training group, new environment and I’m solely doing high jump this year, so it’s completely changed to be honest.

AW: So, in terms of your training load has it reduced since your multi-event days?
ML: Yes, definitely the training load has dropped off, but I’m still training five or six times a week. I suppose the quality is that much higher now than when I was doing heptathlon. I have more time to spend doing the gym stuff; more time to work on technique and plyometrics. Obviously, I’ve taken out the 800m training and lactate work and horrible sessions like that although strangely, I do miss that kind of winter work, but I’m still getting a lot of work in.

AW: Have you made changes to your technique since the change of coaching set-up?
ML: I have changed my run-up this year. I went from a rolling eight-stride approach to a standing 10. So, that’s quite a big change, as it means I’m getting quite a bit of speed into the bar, which is good, but it also means that I need the strength to cope with that.

(Lake went on to talk about how the new approach needs growing into and the specifics of the timing needed for the new run-up, especially in the light of having used the old run-up for so long.)

Overall, I think my technique has got gradually better over the years, I’m still trying to get the perfect arch (bar clearance – Ed), get my head back and not knock the bar off with my heels. Overall, it’s been a gradual improvement in my technique, but it’s definitely changed from when I started. 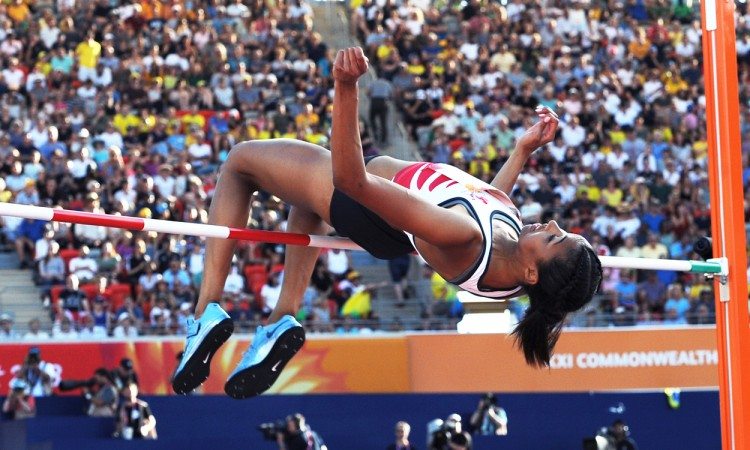 AW: What specific conditioning do you do to improve your jumping?
ML: We do a lot of work off a box (drop jumps – Ed) which is 10cm to 15cm high … jumping from it and reacting to the ground. We call these “stiffness” jumps. (Leg stiffness is developed by such box jumps, specifically these and other plyometric activities will enhance the transition from a muscle lengthening to a muscle shortening action, as occurs when jumping. This is also known as the stretch-reflex – Ed). We also do a lot of single leg hops, double leg bunny jumps, hurdle bounds and jumps where we react off the ground.

AW: What about weight training?
ML: Weights are quite new – we’ve really only started doing them properly in 2016. I was doing weights before but only a few certain exercises, like leg press or squats, but now I’m doing weights three times a week. I’m also doing more technical lifts, such as the Olympic lifts. I’m still working on those technically and need to improve before I can take the weight up considerably though.

AW: In terms of psychological preparation for a high jump do you work on anything specifically?
ML: No, I don’t work with anyone directly.

AW: So how do you motivate yourself for a competition and maintain that motivation throughout?
ML: I take a lot of motivation from what we are doing in training, so if I know that I’ve worked really hard in training then I will have a more positive mind-set going into competition. Also, the love of the sport keeps me motivated for it as well. And during a competition I have rituals … sort of things that I can control, so I always make sure I’ve got my spikes, my tape, my nutrition, my Red Bull … things that I can make sure that I’ve got, that I can control, that will always be with me. I take each height one at a time. I don’t tend to think about the end result.

“I take a lot of motivation from what we are doing in training, so if I know that I’ve worked really hard in training then I will have a more positive mind-set going into competition” – Morgan Lake, Commonwealth high jump silver medallist

AW: How do you plan what heights you are going to attempt in a competition?
ML: I try to stick to plan A, nothing really changes, the only thing that really might is the starting height and I usually start at 1.80m, but if I’m feeling really good, then 1.83m. If I’m not feeling so confident then I start a bit lower than usual. That’s the only thing that really changes. And if I’m the only one left in a competition, when you can pick the heights you want to achieve, I’ll then ask my coach for advice as to which height to go for.

AW: So, how important is the coach during a competition?
ML: I listen to my coach a lot as it’s important to have someone who’s been there before with other athletes and to know that he has gotten athletes through in those big competitions. Also, it’s nice to have someone who’s like a constant, who’s been there through training sessions and who knows how you work best … (however) you don’t want to completely rely on them, as there are decisions that I will need to make on my own, particularly those that don’t need much thought.

AW: What key technical advice did you receive when you first started out and how important was it?
ML: One of the key things I was told when I was younger was that doing scissor jumps was quite important but I was awful at them … so I immediately thought that because I can’t do scissors, I can’t jump. But over the years I’ve realised that’s something (scissor ability) that doesn’t quite equate to high jumping ability. And probably the most important thing overall is getting a good run-up and making sure that you follow the curve round.