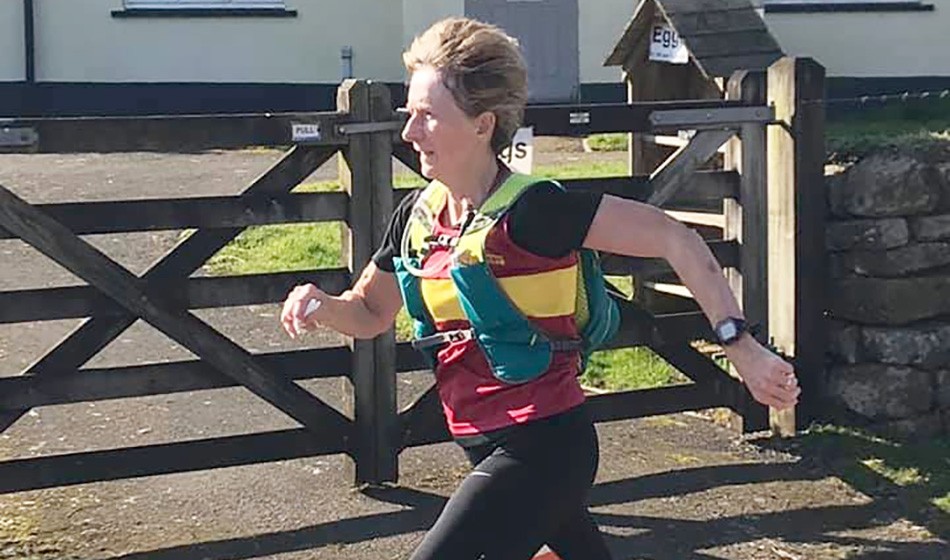 Margaret Jarvis was diagnosed with Parkinson’s in 2013. Since then she has used running to help manage the condition and she explains how here

Parkinson’s is a disease I knew little about until about seven years ago, apart from being aware of a friend’s father who had had it for years and an uncle who had it in his later years of life. My uncle walked in a shuffle and he’d sit staring with an expressionless face.

In 2012 I developed a tremor in my left hand and my daughter noticed that when I ran my left arm hardly swung compared to my right. I also had this dragging sensation around the sides of my mouth.

I did some research, pieced my symptoms together and thought that I probably had Parkinson’s.

I was diagnosed “officially” by a consultant neurologist. Many people who receive this diagnosis find it totally overwhelming and become withdrawn and depressed. But fortunately my mind was already prepared for this life-changing knowledge.

Parkinson’s Disease is a progressive and incurable neurological condition that causes problems in the brain and gets worse over time. It occurs when the brain cells that produce dopamine starts to die. Dopamine allows messages to be sent to the parts of the brain that co-ordinate movement. About one in 350 people in the UK are living with Parkinson’s and the main symptoms are tremors, slowness and muscle stiffness, plus fatigue, depression and anxiety.

Exercise helps me manage the symptoms by reducing stiffness and improving my mobility, posture, balance and gait. In addition it improves my cardiovascular system and reduces depression, stress and anxiety.

I am 64 and have been running for nearly 40 years, starting when I suddenly realised that I was not at all fit, having been a sporty schoolgirl. I moved to Devon in 2012 and since then I have increased the distances I run. I have found that multi terrain events are best for my condition because of the mental concentration, strength, flexibility and balance required. Several health professionals who have treated me have told me that my symptoms would have been much worse if I had not been running at the level I do.

I started my treatment for Parkinson’s about 3.5 years ago: my medication is Levodopa tablets which I take three times a day. Levodopa is absorbed by the nerve cells in the brain and turned into the chemical dopamine. My dose was increased about nine months later. The problem with this medication is that the dose may need to be further increased from time to time and long-term use is linked to dyskinesia (uncontrollable, jerky muscle movements).

In 2017 I decided that I wanted to do more fund raising for Parkinson’s UK. I’d already raised nearly £1500 with my younger daughter running the Bournemouth Half Marathon in 2015 so I decided to tackle my first race across Dartmoor and was joined by my elder daughter for this event. We ran The Great Escape Half Marathon from Princetown to South Brent. The fund raising exceeded all expectations and we raised over £3000, making a joint total for the two events of over £4500.

The following year I challenged myself further. Up to this point my longest distance was a half-marathon so I chose an 18.5-mile event, appropriately called the Hartland Heartbreaker. I had to increase my weekly mileage and for this I was guided by some of the experienced runners from my club.

After this I thought perhaps I was ready for the challenge of the marathon, a distance that I had never thought I would be able to tackle. I decided to stick to a multi terrain race and went for the hilly Eden Project Marathon in Cornwall. After increasing my mileage in training, I finished in 5:12 feeling comfortable. I was first in the W60 age category and was delighted with my achievement, as well as the bottle of wine I won!

I have also qualified as a Leader in Running Fitness in 2013 and have helped form a cross-country club in my local village primary school. As for my future, I see no barriers at the moment. I have been tremendously well supported by my family, friends and fellow athletes and I know this will continue. I would hope that any athlete who is unfortunate enough to develop Parkinson’s keeps up their training and gets involved in other aspects of our sport.