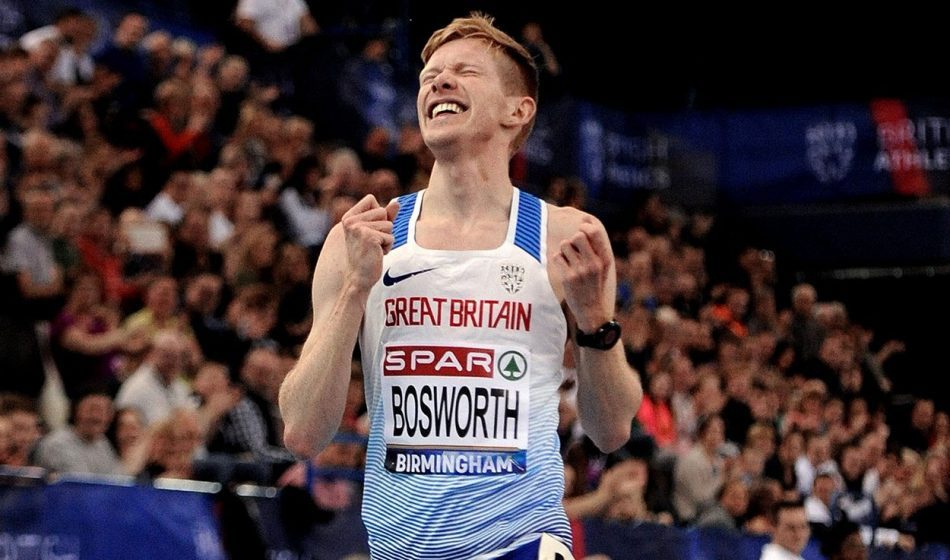 Olympian Tom Bosworth, the one-mile outdoor and 3000m indoor race walk world record-holder, is among a number of athletes who have benefited from working with Leeds Beckett sports psychologists.

“A few years ago we brought sports psychology into my set-up because I was trying to target world championships and major racing,” said Bosworth, who broke his own 5km race walk British record at the British Indoor Championships in Birmingham on February 18, and a few weeks later set the 3km record in dramatic style at Glasgow’s Grand Prix in the city’s Emirates Arena.

“I don’t think I realised how big a deal sports psychology was and now it’s key. I speak to Andrew now before every single race. We set different goals, we set different targets and we look at the potential for different outcomes. All the things we can control, we talk about them and discuss them. That means on race day I can feel confident with the different changes that could happen.”

Dr Tim Holder, a member of the British Psychological Society (BPS) Division of Sport and Exercise Psychology Committee, explained the benefits and importance of sports psychology to an athlete’s performance and well-being during the launch of the facility.

Speaking about the decision to base the Northern hub in Leeds, he said: “Leeds Beckett has a vibrant sport and exercise psychology team, with training and development of applied practitioners as a central feature.”

A ground-breaking centre to nurture the next generation of elite athletes in the North of England has been launched at Leeds Beckett University.

The new hub, part of the Carnegie School of Sport, will provide a centre of excellence and promote sport and exercise psychology across the region.

Leeds Beckett was selected by the BPS as the base for the project, in recognition of the university’s reputation in the field.

Dr Manley said: “We are delighted that the BPS chose our university to be the hub for this exciting new development in sports psychology that will benefit the whole region.

“The BPS hub will offer the chance to share resources and expertise to all those within our regional community who have interests, aspirations or responsibilities within the professional discipline of sport and exercise psychology.

“It will bring together a range of people with an interest in the merits of sport and exercise psychology, including trainee and qualified practitioners, students, researchers, coaches and athletes.

“The university also has an active supervision group and an openness to learning from others that sets up an excellent foundation of activity to house a Division of Sport and Exercise Psychology hub.”