Psychology: Sleep on it 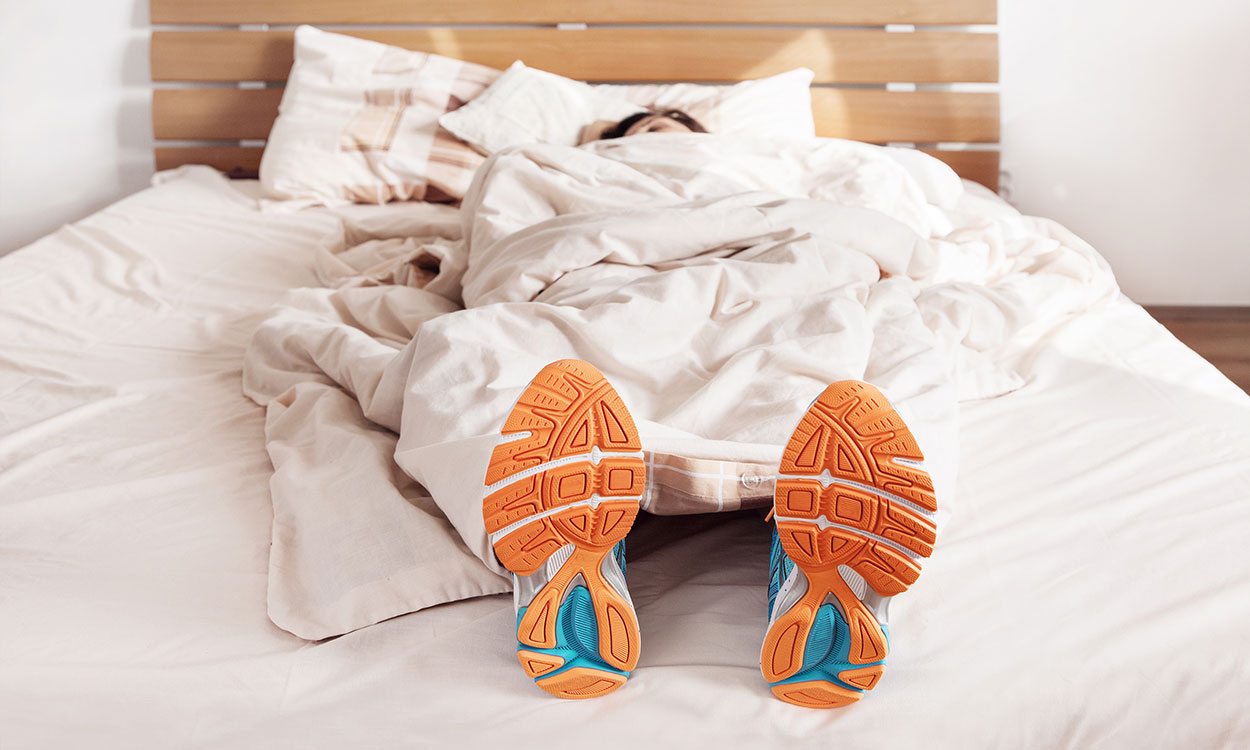 All athletes need adequate amounts of sleep, but teenage athletes need more than most. Dr Josephine Perry looks at how and why we should ensure they get sufficient shut-eye

A performance-enhancer that puts you in a good mood, increases your speed and strength, repairs tissue damage, boosts your immune function, improves your memory and problem solving abilities and protects you from injury sounds like it should be on WADA’s banned list. But sleep does all this and is legal, free and easily available.

And its benefits increase even more for teenage athletes. Yet, despite all of this, teenagers are more likely to boast about how little sleep they get than how much.

Athletes in their teens go through a massive developmental process both physically and mentally, and often do so against a backdrop of sporting, academic and social schedules, all encroaching on their sleep time.

Add to this the fact they are more likely to be using technology late at night and that their circadian rhythms (body clock) behave differently to those of adults and it is easy to see how they often don’t get anywhere near as much sleep as they need.

A key issue for teenage athletes is that during sleep the information on everything they have learnt and done throughout the day is transferred and downloaded. The Lifespan Learning and Sleep Laboratory at University College London (UCL) recently worked with 48 sixth-form students in London and found that the more sleep they had, the better their academic results.

When the teenagers are also athletes they need sleep to help the body benefit from the skills they have learnt at training with brain-imaging techniques having shown that sleep plays a crucial role in motor memory learning and in improving motor performance.

It isn’t just that sleep is beneficial, it is that lack of sleep can be harmful. Teenagers spend much of their time in large groups of people in school or clubs where it is easy for illnesses to spread. Research reported in Sleep Journal last year measured the sleep of 164 people using wrist actigraphy and sleep diaries. It found the less sleep they had, the higher their risk of catching a cold. Those sleeping fewer than five hours a night were four and a half times more likely to develop a cold than those sleeping more than seven hours a night.

As well as increased illness risk, the Journal of Pediatric Orthopedics in 2014 published a study that found chronic lack of sleep is associated with an increased number of sports injuries in teenage athletes. The researchers surveyed 112 male and female teenage athletes in California and found those who slept less than eight hours a night were 1.7 times more likely to have had an injury compared with those who slept for more than eight hours.

How much do teenage athletes need?

There is no formula for how many hours of sleep teenage athletes need, but experts have suggested it should be around nine hours. The sixth-formers in the UCL study achieved just over seven hours, which wasn’t enough to produce benefits. Getting nine hours isn’t always easy as analysis of the sleep patterns of over 25,000 European teenagers found that their circadian rhythm has a delayed sleep phase preference. In short, teenagers find it very difficult to sleep before midnight, although it’s a pattern that reverses at around the age of 20.

In addition to these body-clock issues, a review in Sleep Medicine a few years ago found that the use of technology before bed increased physiological arousal and anxiety, disrupted melatonin production and further delayed the circadian rhythm, making it much harder to fall asleep. It will also be harder if teenage athletes have been drinking coffee or sports drinks during the day.

So how do we help teenage athletes get enough sleep? In the US, a few schools have experimented by moving back the start of the school day. Researchers spent six years tracking the impact of this and found improvements in punctuality, attendance, alertness and performance.

But moving a school schedule is implausible for most. Instead, some suggest using light therapy to adapt the teenage circadian rhythm to adult timings. Others have experimented with using daytime naps to increase the amount of sleep taken and all scientists agree that at least an hour’s technology break before bed will help.

There’s proof that such changes could really benefit performance. When Stanford University swimming team coaches set their swimmers a goal of spending 10 hours in bed each night, their speeds, reaction times, tumble turn times and kick times all improved. So, if changes can be made, teenagers may well be snoozing their way to success.

» Stop using technology an hour before bed or download an app which dulls the blue light.

» It is very difficult to sleep before competition. This is normal and your competitors will be in the same boat, so stay calm about it. Getting enough sleep on other nights is what matters.

» If you are struggling to sleep don’t be tempted to get up. Rest is not as good as sleep but it is better than nothing. And you will often fall back to sleep.

» To get out of sleep-debt, increase your time in bed by 15 minutes each night. Or take power naps of 15-20 minutes during the day. If you often struggle to fall asleep, learn a relaxation technique or try yoga exercises as part of your bedtime routine.