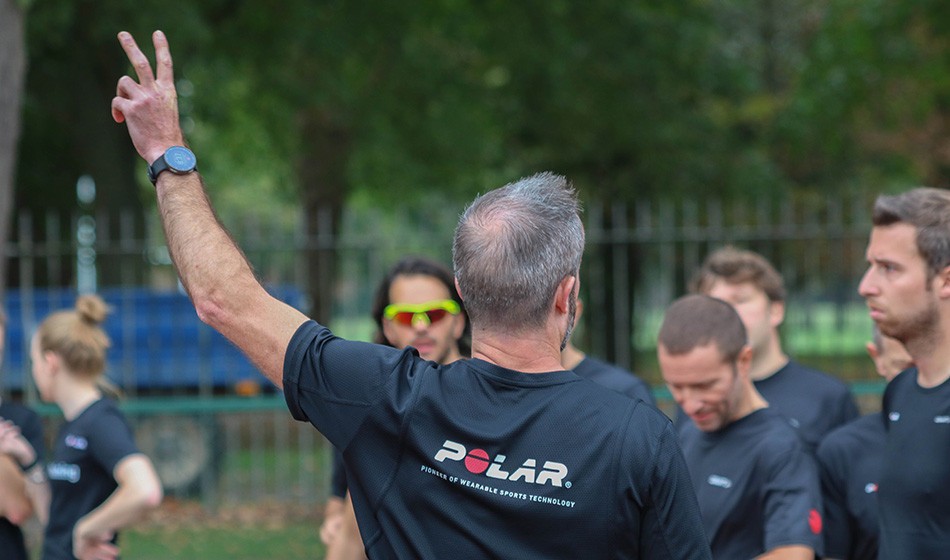 Power is a concept that is familiar to triathletes and cyclists where, in simple terms, we are measuring how much force and speed an athlete is producing at a given time. Within cycling this is measured most commonly using force gauges within the crank or pedal, with wrist-based power for runners this is measured using an algorithm using GPS and barometer readings.

With a plethora of data and information already available to runners, why add this additional metric? From a coach’s point of view there are several key benefits to being able to track running power:

Good mechanics and an athlete’s ability to apply and control force is critical to performance. As a part of the training mix for endurance athletes we include drills, strides, hill repetitions, even elements of sprint and a-lactate training to develop anaerobic speed reserve.

However, increasingly, I will see coaches focusing only on what they can measure, which commonly leaves these critical components at best as an afterthought or even totally missing.

Running power adds measurability and therefore a method of tracking progression in these critical aspects of training.

Heart rate, heart rate variability and physiological measurements such as lactate tests are increasingly being used as a measurement of how hard an athlete has worked within a session – commonly called measurements of ‘internal load’ – but this is only half the picture of a workout’s ‘real load’.

Running power allows another key dataset – ‘muscle load’ which is a measurement of ‘external load’. Together these provide a more complete picture of how hard an athlete worked in a session or race and can be used to inform a more accurate assessment of the effectiveness of a session, progression or appropriate recovery time. 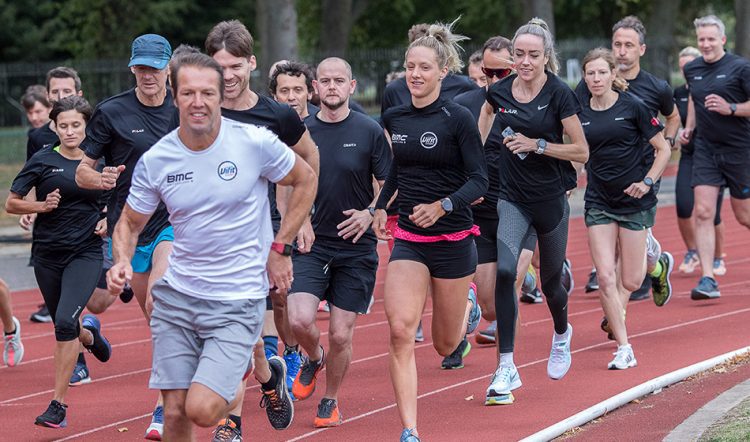 Power is instant and responsive whereas heart rate always involves a lag. Heart rate is a useful measure, for example in a 20-30 minute tempo block at 80-85% of max HR, but it’s much less useful in short intervals such as 100-400m reps on the track, or short hills, where the lag in HR never reflects the real work you put in.

This instant feedback can also be highly effective whilst pacing that first few hundred metres of a race when your legs feel good and your HR is still low, or on hilly courses where your HR can take time to catch up and ‘bite you’.

New methods to track workouts means greater options for tracking progression. Are you able to produce a greater ‘peak power’ in ‘flying 30s’ perhaps as a result of increased gym training? Are you able to produce more power for the same or lower HR after a period of hill training or cross country in the winter months? Has your ability to produce power at the end of a hard session improved after a block of speed endurance work?

Let’s have a look at three practical examples of the benefits of power within a workout;

Short and sweet: The image below shows the power and HR readings for part of a training session that involved a series of short, 40-second fast hill intervals. The image shows that power has been able to pick up the intensity of the session but the HR ‘lag’ does not accurately represent the loading of the session with HR not rising much beyond a steady effort.

The image also shows how HR actually peaks after the effort is over. Using power for short, faster efforts like this provides a much more responsive and accurate workout measure.

Finding your ‘threshold’: Combining power and HR data can be a highly effective training tool. The data in the below image shows a simple test run of 10-minute, 8-minute or 6-minute efforts – all run on the flat at a HR (red dots) that correlates to anaerobic threshold effort as determined by a recent lab test.

This has allowed us to determine a power measurement when running at anaerobic threshold effort (around 400 watts). This data can now be used to run threshold and tempo sessions much more consistently in the hilly training environment in which this athlete finds themselves, using power as guidance, not pace or HR.

Finding the hard in the easy: Many athletes run their recovery efforts too fast. Sometimes ego can get in the way of allowing your body these crucial easier periods between hard sessions, to adapt and progress – with runners often ending up perpetually fatigued.

HR is often used as a tool to keep easy runs easy but, for faster runners, understanding the ‘external load’ of, for example, completing an easy run at 7-minute miles as opposed to 6-minute miles can be very useful, even if your HR is low for both efforts.

These two images show sections of two ‘easy’ runs according to HR. One was undertaken at a relatively steady power output as it was run on a traffic-free route. The other was run in a town which led to ‘surging’ of power throughout the run. Average HR was the same on both runs, but power allows us to see that the first run had less muscle load.

Like all data, whether HR, GPS or recovery measurements, power is a tool for athletes and coaches. It can allow more accuracy in measuring the effectiveness and loading of sessions and help give a fuller picture of an athlete’s performance but it shouldn’t be used blindly.

Coaching isn’t a purely technocratic process of assigning plans and checking statistics. Perceived exertion, coaching craft and of course communication will remain at the heart of all good coach’s practice.

Used wisely and with care, power can really add to a coach or athlete’s toolkit.

» The Polar Vantage V breaks new ground as the first watch to track running power from the wrist. Find out more at polar.com/uk-en/vantage/v