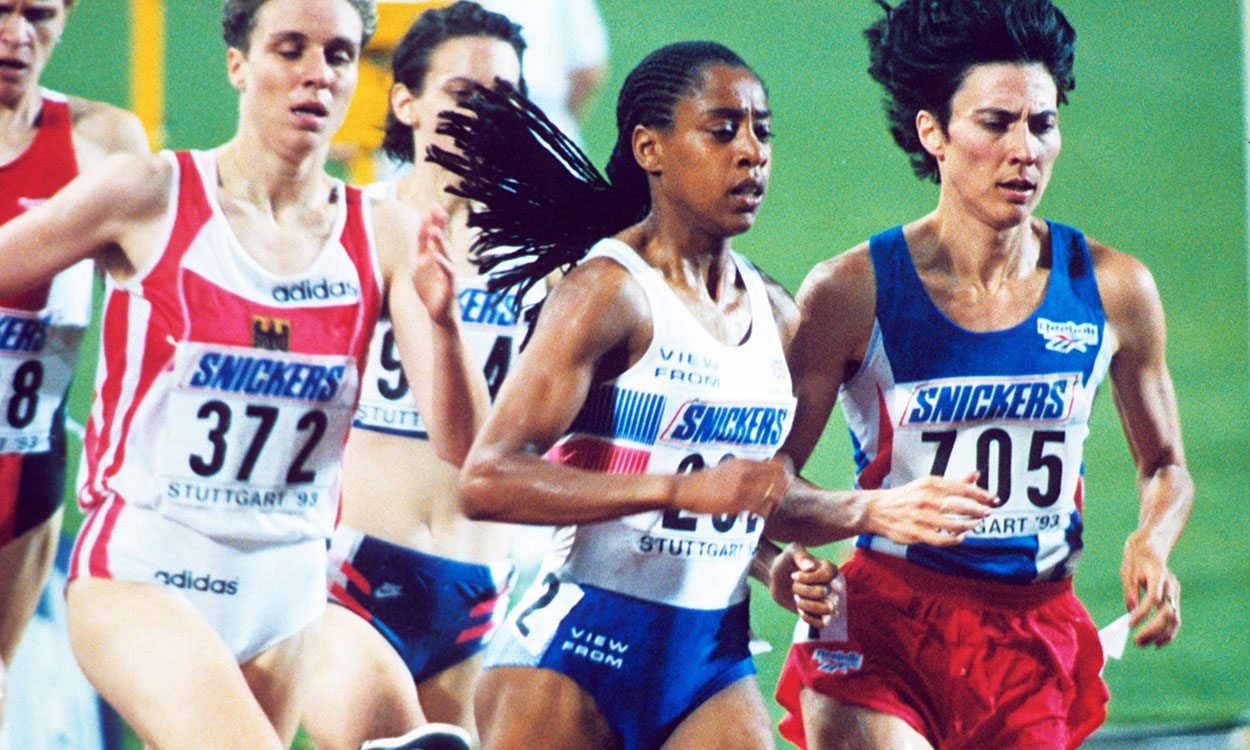 At the peak of her success, Diane Modahl says most of her training sessions could be described as ‘killer’. But a series of workouts completed in the lead up to the 1993 World Championships – on consecutive days to simulate the demand of championship racing – stand out in her mind as the most ferocious and telling of them all.

Each pair was completed in a composite time of 1:55.4, which showed Modahl that she had the endurance and speed required to race fast in multiple rounds. The third day consisted of 4x150m flat out hills with a walk back recovery.

“This training was designed to simulate the world championship 800m timetable,” Modahl says. “We would train hard, back-to-back on two consecutive days, have a rest day and then train hard again on day four, which would mimic the day of the final.

“We would arrive at the track, warm up, wait there for 50 minutes to simulate the call room time and then train at exactly the time that I was due to race. We did these sessions in Denmark, where the weather was similar to what I would experience in Germany for the World Championships.

“I chose this session to share not necessarily because of the result but because of the level of detail we went through to win. We actually did everything in our control – and I’m convinced we would have got a medal had all eight girls stayed on their feet.”

Looking back, this series of sessions was so significant in Modahl’s championships preparation, that she can still recall exactly how she felt before, during and after they took place.

“Beforehand I was quite nervous because the target was to exceed my training PBs in each of the sessions,” she says. “It was a big ask because we had never trained using this back-to-back format before. At the same time, I was also very excited to get the job done, as I had enjoyed a good winter and Vicente [her husband and coach] and I were so in sync that we just knew we were going to perform. I note I wrote in my diary that I was ‘pleased’ with the session.” 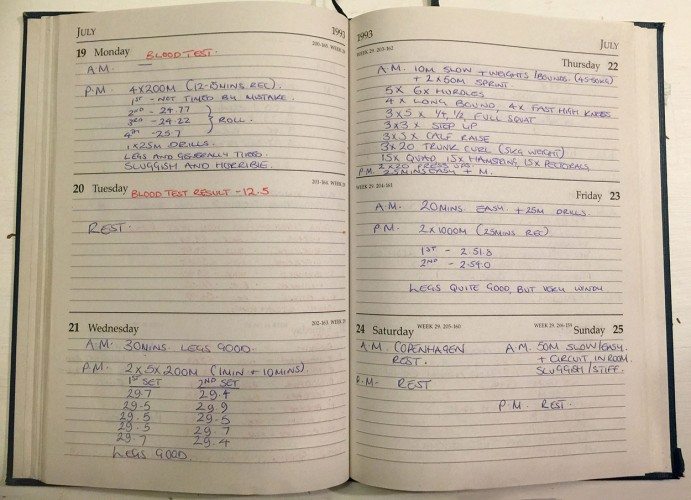 The sessions provided Modahl with a tremendous confidence boost ahead of the Worlds, ensuring she was in top shape physically and psychologically. “At the end of this training phase, I knew that I was in brilliant form,” she says. “It was a brilliant plan by Vicente, because it enabled us to maximise the mindset for a championship performance.”

Theirs was a unique training relationship, Vicente acting as a pacemaker for his wife. “He was a brilliant pacemaker, he would watch, time and join in part of the session,” she says. “My job was to ensure that by the time he joined in I was either ahead or on target. He would then maintain the pace and I would hang on. I knew that if I listened and committed to the task, the execution would come together.

“We were having great fun whilst at the same time breaking records. He was also a bit annoying, because he would never ever let me get past him,” Modahl says.

In the weeks leading up to the Worlds, Modahl could tell from her training that she was ready to race well. “I was so eager to get going. I remember the day of the heat couldn’t come quickly enough for me,” she says. “I actually finished fourth in the final and we were bitterly disappointed. I was perfectly placed with 200m to go and we were flying though in about 85 seconds when two athletes went down. I ended up hurdling Meredith Rainey, but at that pace it was always going to be a struggle to recover and I ran 1:59. We knew that I was in shape for a medal.”

What she didn’t actually realise is that she had been running with a piece of paper in her shoe. “It was a note which Vicente had slipped in there with a few words of encouragement,” she laughs. “I didn’t find it until I was back in the UK doing another killer session.”

In contrast, she disliked the longer, more endurance-based training sessions. “The sessions I actually hated the most were the long steady runs, so running 18-20km in 90 minutes or running 2x2000m at maximum in the winter in close to six minutes.

“My PB for 400m is 53.28 so you can imagine anything above 1000m was just tough, tough, tough,” she recalls. Her career was founded on a simple, yet highly effective philosophy, which helped her get through the hard training sessions.

TRAINING IN THE FORTNIGHT LEADING UP TO THE 1993 WORLD CHAMPIONSHIPS