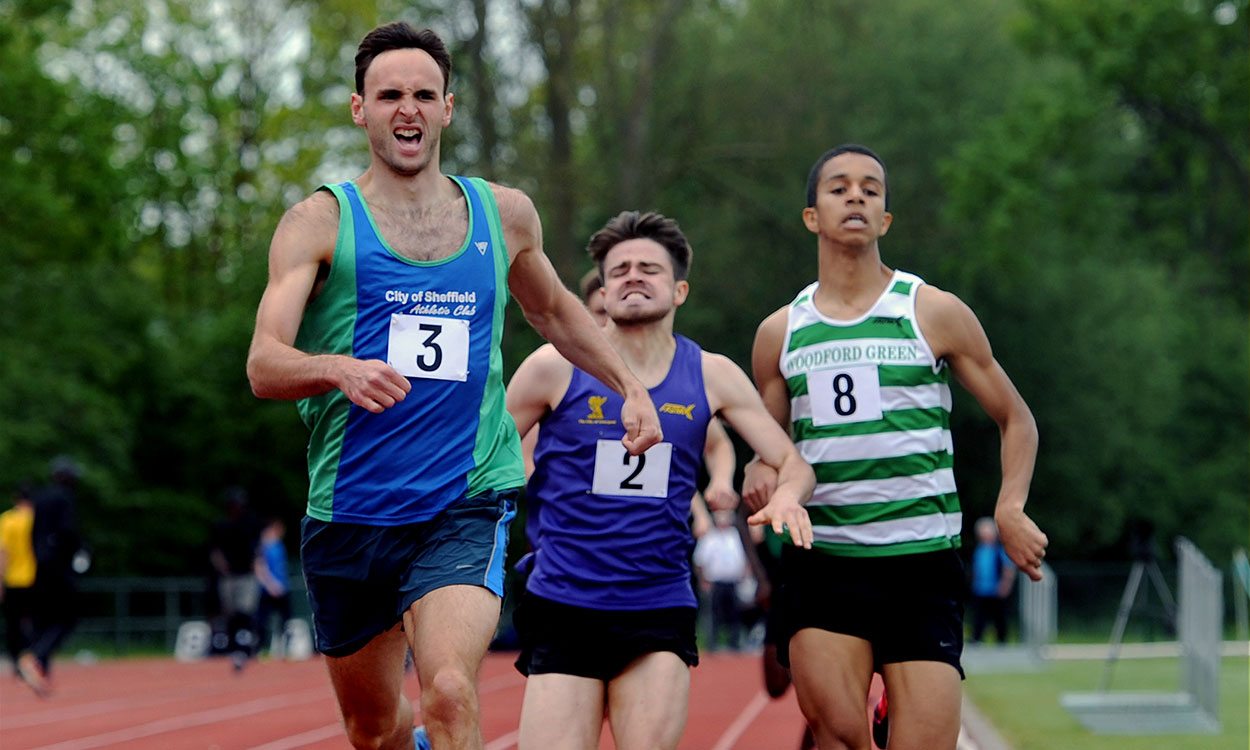 Now is the time to make a smooth transition from winter to summer work, writes coach David Lowes

It is accepted wisdom among middle-distance coaches that hard work done in the winter months sows the seeds for summer success.

It’s hard to disagree with this consensus, although it’s a flawed theory in many ways and, in this article, I will attempt to look at some of the shortfalls it entails and to provide my own thoughts on how to remedy those.

For instance, what to do if your athlete’s opening track race is just around the corner? Getting race fit too soon can have detrimental effects in that it results in staleness later in the season.

However, it is imperative that they are in a position to run positively from the offset. In a nutshell, your athlete must to be able to handle the specifics of their chosen event from the start of the season. The fine-tuning that results in sharpness can come a little later on.

For those using a periodised year, any progression – barring injuries and illnesses – should ideally be the use of current race pace sessions certainly helps with this planning mode.

However, steady and relentless progress doesn’t always happen and there is no need to push the panic button if most of the essential background work has already been done.

Getting miles in the bank is always a good start. However, the adage of “train the same, stay the same” is close to the mark. After all, if your athlete’s average race pace is 5min per mile and they do all of their training miles at 6min per mile or slower, then it becomes fairly obvious that they are going to struggle to run at the necessary pace because of unfamiliarity with the faster cadence.

A good training plan will always include many differing paces, reps, distances and recoveries. It will also have a variety of surfaces including road, grass, track, trails and even sand. These not only give the option of a higher or lower workload over a set distance, they also test the leg muscles to varying degrees that make potential gains more probable.

For youngsters, a year-on-year improvement can come simply from having a more mature body that is stronger and better able to handle heavier workloads.

Biological (actual age) and maturation age (a child could be ‘young’ or ‘old’ in terms of physical development for their birth age) are vital considerations for developing youngsters.

But their training age (how many background years) is also a very important factor in determining a regime for this age group. It is often said that you need at least a training age of 10 to achieve your ultimate goals as a senior athlete – the truth is that it’s usually much more, so patience is imperative.

For older athletes, the philosophy of how they improve should be given some careful thought. So many athletes continue to train year upon year doing mostly the same thing and expecting big improvements.The body likes ‘sameness’ and feels comfortable with it, but this doesn’t get the responses needed for improvement.

Accumulative training is what produces dividends, but only if the adaptation process is continually challenged.

Variety is key, both in training venues and the physical workload – the body adapts to hard work with suitable recovery periods, but only if that graft and recuperation is wisely planned with an end result in mind.

Improvements in maximal oxygen uptake (VO2max), lactate tolerance, general and specific strength and running efficiency are all vital ingredients to running well and add on the imponderables of nutrition, sleep, flexibility and hydration and it becomes obvious that no one aspect is more important than another.

However, don’t make the mistake of making it too complicated. Make sure they understand the purpose of a session and they have a great chance of outgunning rivals with minimum time spent on inappropriate work.

Although ‘summer’ track sessions during the winter season are not necessarily advisable, some sort of faster running that fires up the fast-twitch fibres on a regular basis is certainly recommended.

Apart from the running dynamics of a faster pace, speed does help with efficiency and cadence. After all, it is often mooted that sprinters are the most efficient at marathon pace – just not for very long.

The transition into spring should always be smooth. If the fastest your athlete has run through the winter months is 66sec pace for 400m and their race pace is 56sec, then it is easy to see where difficulties may arise. In reality, you have compromised your potential by closing down the neurological responses for a lengthy period and it can be difficult, but not impossible, to crank them up again.

For an 800m specialist perhaps a 0.5-1.0sec improvement per lap is the target for the season ahead, while for a 5000m runner a reduction of one second per 400m lap will be more than satisfactory.

» Include some fast strides (50-100m) after each quality endurance session.

» Every two to three weeks add a ‘sting-in-the-tail’ effort (300- 500m) after the main session. It not only helps with getting faster, it also lets the athletes realise that they can run fast when tired.

» If most of the workload has been done on the roads on dark winter nights, try and get on to a track at least every 10-14 days from now for a ‘date-pace’ session that gets increasingly quicker and more specific as the spring approaches.

» Use hills effectively, long medium gradient slopes for lactate tolerance and short steep hills with a run off the top with good knee lift and holding form to generate power.

» Use shallow downhills to exaggerate leg speed (best done on grass where possible).

» Use speed endurance sensibly in the summer months and use a wide variety of distances that include lung-bursting short recoveries to those with much longer recoveries that allow the quality to be constant.

» Don’t get lured into thinking that each phase of periodisation should be harder than the last. It should be progressive and that means attending to the needs, goals and target races for the focused distance.

» Include some running time trials through the winter months so that progress can be monitored over 500m or 700m as an example (four times from November to March would be appropriate).