Managing the junior to senior transition in athletics 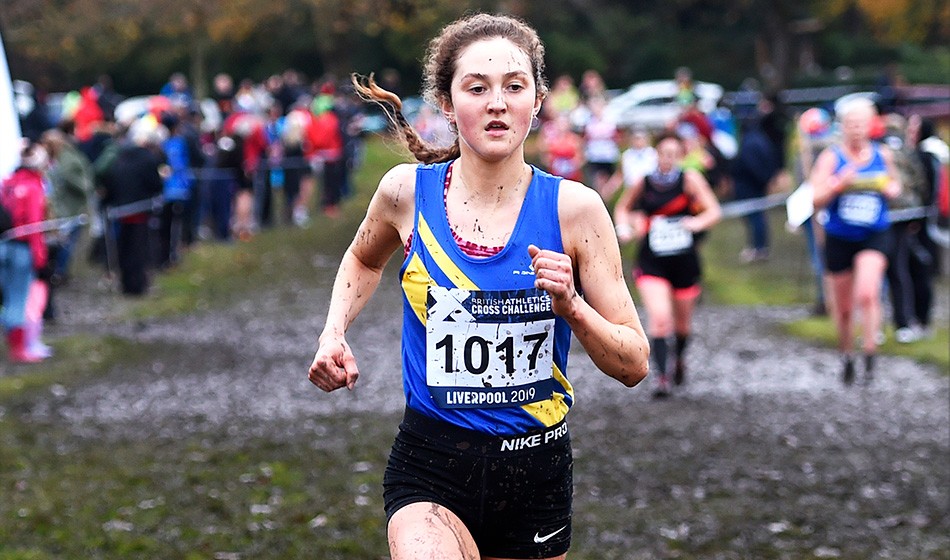 Last year I advertised my Leeds Beckett University dissertation in AW and thought I’d write a summary of my results. It was titled ‘What are the factors leading to the difficulty in elite/sub-elite female distance runners transitioning from junior to senior level and what is the subsequent impact on health, performance and longevity in the sport?’

The junior-to-senior transition is a huge point in any elite athlete’s career. The standard of competition steps up a gear and there is a pressure on performance to improve in order to remain competitive and gain funding/sponsorships. Yet many successful junior female distance runners struggle to progress to senior level and don’t replicate the impressive results previously achieved as juniors. The objective was to determine the reasons behind talented female distance runners not making a successful transition, explore the consequences and identify possible future measures to tackle this widespread issue.

For my research, I interviewed nine females who were previously elite junior distance runners but, as yet, haven’t managed to replicate their successes at senior level.

Growing up competing in both cross-country and track and field, I have seen many of my competitors and friends achieve really impressive results and subsequently suffer from chronic injury or health issues. Illness and injury are almost inevitable as an elite athlete, due to there being such a fine line between optimal fitness and pushing your limits slightly over the line. However, understanding ways to minimise the risk of this happening will hopefully reduce instances of illness and injury, especially those that are long term.

This is obviously such a complex issue, with so many contributing factors, which are often combined. I found there to be a common order of events, starting with obsessive behaviour mistaken for dedication and resulting in chronic injury, illness and burnout. The initial stimulus that provoked a sudden switch in behaviour was generally a taste for success, which led to elevated intrinsic and extrinsic pressures and an obsessive personality. In some cases this coincided with a stressful period in the athlete’s life, where training was used as a coping mechanism.

Consequently, the combination of pressure and desperation to succeed resulted in a narrowminded mentality, in which short-term success was the priority. The lack of awareness surrounding warning signs and consequences of these behaviours allowed for athletes/coaches/parents to overlook the risks being taken to achieve at junior level. In some cases, coaches made comments surrounding body image. That is, “the athletes ahead of you are carrying less weight”, which probably had no ill intention, but had a negative impact on eating habits.

This is such an outdated view. Athletes come in all different shapes and sizes and the opinion that less fat correlates with success is not only untrue, but also dangerous to long-term health. Being regularly surrounded by such a lean population at training and competition has the potential to create a distortion of your own body image already, without the added comments from other people.

Warning signs to look out for include obsessive nutritional habits such as:

» Calorie counting or cutting out certain food groups
» Overtraining (it is not normal for young athletes to be doing the mileage/training volume/intensity of senior athletes)
» A switch in psychological approach from motivated but enjoying the sport to obsessive and losing the enjoyment/becoming mentally fatigued
» A non-existent or irregular menstrual cycle. The latter being a huge indicator of energy balance for the female athlete – without it, the body is showing that it is in an energy deficit. The opinion that “if I’m not having my period, I’m in good shape” is wrong, do not try to fool your own body

As a consequence, athletes are at an increased risk of developing illnesses and suffering chronic injury, specifically bone injuries. These injuries not only require months off to recover, but are prone to reoccurring time after time, which can be mentally draining. Furthermore, there have been cases where athletes have developed osteoporosis and become infertile due to being underweight, overtraining and not menstruating.

Finally, many talented athletes burn out (physically and psychologically) following years of physical and psychological stress, prioritising results at the expense of enjoyment, and decide to leave the sport altogether.

Taking a step back from training volume doesn’t mean that you are settling for average or that you won’t have success as a senior. It’s so easy to get absorbed in this “more is more” mentality, when in fact, consistency is the key to success. And without having a sensible approach, consistency is not going to be a possibility.

Having long-term setbacks as an athlete is frustrating and lonely. Switching from a life revolving around running, to no running
at all, can cause a complete loss of identity. In my study, it became apparent that parents were very supportive at this time but as a national governing body British Athletics could do better in supporting those who are going through this. This could start with the development of a helpline/website/team where advice and emotional support is offered. Ideally, more information should be available to athletes/coaches/parents to aid in the prevention of peaking for one or two years at junior level.

To conclude each interview, I asked each participant “is there anything you would say to any females at risk of, or currently going through, what you have experienced?”

I have summarised what was said in a bullet-point list below and can’t stress enough how important I think it is to keep these in mind.

As an athlete who has recently transitioned to senior competition, and had my own experiences with junior success and setbacks with illness and injury, to the point where I was told I might not run at a competitive level again, I couldn’t agree more with the compiled list below.

» Have perspective on life and prioritise longevity over short-term success.
» Enjoy success but remain patient and do not feel pressured.
» Have a relaxed approach as opposed to an obsessive one.
» Do not neglect friendships, social life or education.
» Resist the temptation to overtrain.
» Do not be restrictive of certain foods or obsess over calories.
» Be attentive to the menstrual cycle and take action if it becomes irregular: it is a huge marker of energy balance.
» Ensure your coach prioritises health and happiness.
» Enjoy being a child while you can.

Everyone is different but for me, having the ability to switch off and spend time on other interests, have a laugh with my friends and having perspective on what is really important in the world (for example, climate change/cures for diseases, not what I ran in my last 400m rep!) is what enables me to enjoy working hard day-in-day-out.

I’m lucky being part of a group in Leeds with such a positive attitude toward food and training. There is definitely an emphasis on keeping healthy and happy, as well as feeling recovered and well-fuelled for training and racing. I think being surrounded by training partners and coaches who encourage healthy attitudes and aren’t afraid to say if they think you could be looking after yourself better significantly decreases the risk of the development of negative habits. This, in turn, reduces the potential of long-term illness and injury.

My study focused on female athletes but the previously mentioned issues aren’t restricted to this group. There are similar issues that need to be addressed for male athletes too and more needs to be done on both sides to nurture juniors and hold them back where necessary, to aid them in continuing their development and successes as senior athletes, and continue to enjoy the sport in the same way they did the first time they put their spikes on.

I hope this article can help athletes, parents and coaches to understand the importance of prioritising health and happiness. The reason you do sport in the first place is because you love it – so please don’t risk losing it all for short-term success.

» Bronwen Owen competes for Leeds City, has run for GB in the World Cross, Euro Cross and European U20 Champs, won several English Schools medals and her PBs include 16:19.05 for 5000m