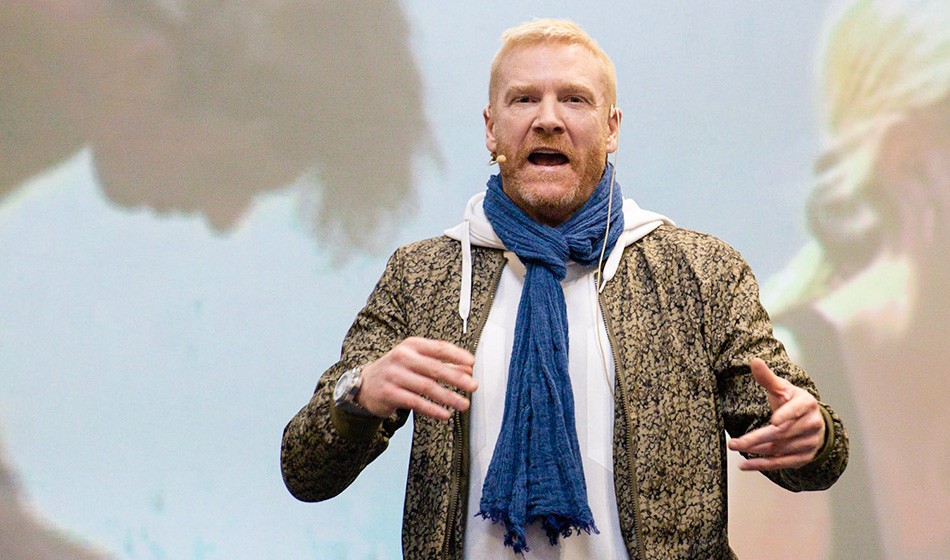 I think mental strength is literally everything. Unless you’re in an Olympic final and you’re up against Usain Bolt, pretty much eight of you in a race are going to be of a similar ability. It’s the one who believes in themself the most and the one who executes their game plan.

You’ve also got to deal with the fact that it’s not always going to go your way. There will be times when you have a race or you do a run and you feel absolutely terrible and you can’t work out why. The body and the mind is a strange thing. Even when I was a professional athlete – many a race I’d turn up for, I’d feel great and I’d have an absolute shocker. Other days I’d warm up, I’d feel heavy-legged, I’d feel terrible, and I’d have a really good run. There’s no reason why. I just think the body is a strange tool.

When you have those off days, you’ve just got to remember – at least you’ve done it. At least those miles are in the bank or the training session has been done and don’t be too tough on yourself. Whatever walk of life, whatever job you have, you’re going to have good days and you’re going to have bad days – it’s the same as sport.

Since I’ve retired I like to keep fit and I have done the London Marathon eight times. I use running as my tool for a bit of ‘me’ time as well. If I’m really stressed out or I’ve had a bad day, I’ll quite often go for a three-mile run in the village and I really find it helps clear my head and I just feel really good when I come back afterwards.

On dealing with injury and adversity

Injuries are part and parcel of running. Unfortunately for me, if I’m dead honest, with my professional career I probably didn’t listen to my body enough. There was many an injury I had where if I’d rested for two weeks I would have been fine but two days later I’m like no I’m all right, I need to train. The injury would become worse and I’d be out for two or three months.

You do need to listen to your body. It’s the worst thing because, especially if you’re competitive, if you’re not running you know your rivals are and suddenly you’ll start to question your own fitness levels. You’re tempted to get back out there. The problem is, the quicker you go back off an injury your body will compensate and you’ll hurt somewhere else. I think you just have to try and be smart.

Rest and recover. Training is one thing but you have to really recover from training and listen to your body. When you are injured just try not to worry about it. I remember towards the end of my career whenever I’d get injured everyone would say ‘stay positive, you’ll heal quicker’. And I was like ‘what a load of nonsense, I’ve torn my hamstring, I’m not going to heal quicker if I’m happy’. Towards the end of my career I tore my hamstring again and I remember thinking ‘I’m going to experiment, I’m going to be really happy, I’m going to be fine’. I didn’t dwell on the injury, I just got on with it and honestly 10 days later I’m sprinting and I healed so quick.

I think the mind is really powerful. You have to believe you will get better and don’t focus on anyone else. Don’t worry about your rivals and what they are doing when you’re injured, just worry about getting yourself better and try not to stress.

» The British 400m record-holder turned TV and in-field presenter was speaking with Jessica Whittington at The National Running Show, which returns to NEC Birmingham on January 25-26