How to smash your 10km PB 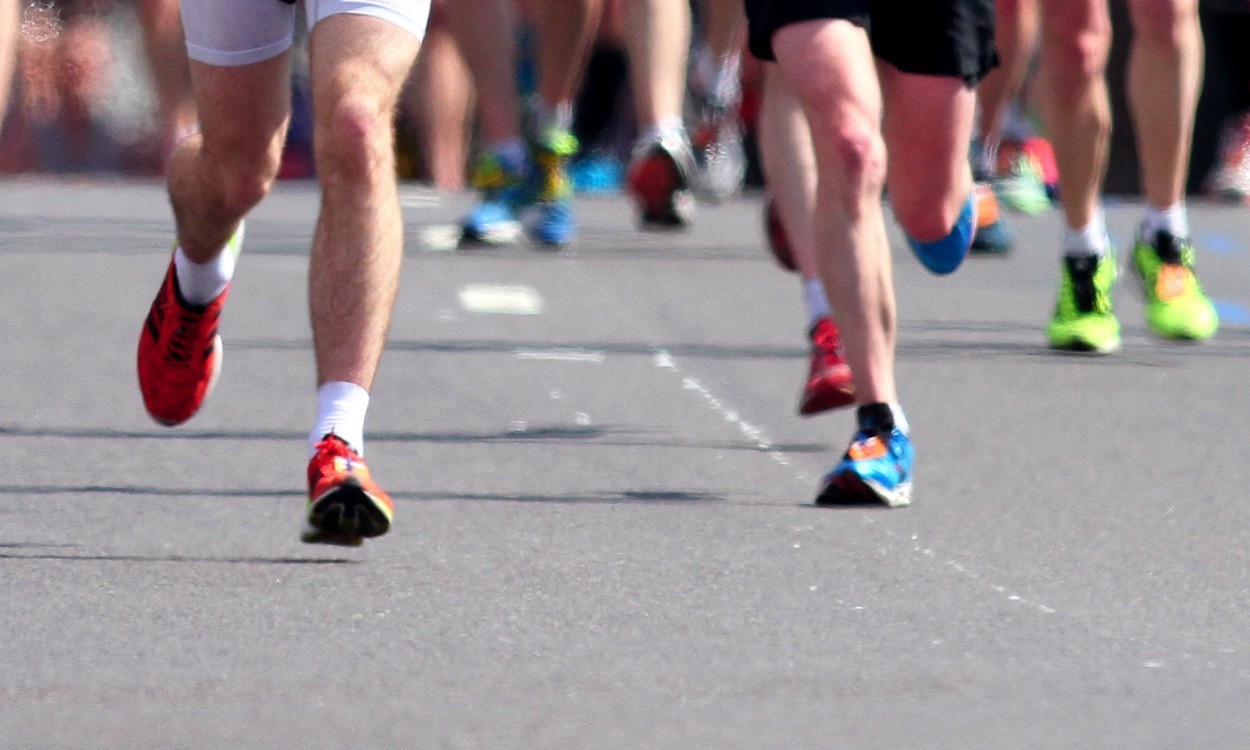 Despite the distance’s popularity and regularity on the road racing scene, 10km PBs are much less frequent.

The world’s best male and female 10km athletes run at a phenomenal pace – they have mastered how to run fast, and consistently fast at that, over the distance.

These runners have great range and can perform well over 1500m, 3000m, 5000m and half-marathon. They are highly versatile running machines – and if you want to run really fast over 10km, you need to be, too.

Regardless of the elite’s times, many male club runners see a sub-34min clocking as a huge target while a sub-38min effort for females is held in the same regard. Of course, many of those with lesser ability and those new to running, complete the distance more slowly.

Nevertheless, to get in shape to run your best 10km requires some simple, yet effective, sessions across a wide spectrum of training distances, paces and surfaces.

Having said this, the demands of the 10km are similar to other endurance running distances.

Obviously, for example, there is a requirement to be aerobically fit and this ability will propel you, depending on ability, to run somewhere between 30min and 60min for the distance.

Unlike 10,000m on the track with its 25 laps of flat and repeated monotony, the road distance always varies from venue to venue, so you will have to face different challenges, such as uphills, downhills, twists and turns, and possibly varying underfoot surfaces.

These variables have to be addressed in your training and, as mentioned, variety is essential – it’s this aspect that can make training for 10km exciting and looked forward to.

Racing a PB over 10km means running at an intensity approaching 90% of maximum heart rate. Of course, this means being aerobically fit as noted and in a basic form this will derive from lots of steady runs of varying distances, ranging from four miles, right up to the long Sunday run of 15 plus miles. These “bread and butter” efforts need to be performed consistently and for a prolonged period to gain lasting benefits and build your 10km foundation.

Tempo runs are a great way to improve aerobic capacity while encouraging the body to withstand the onset of lactic acid and should be included in any plan – once a week is a good place to start with.

Runs of 20-minute duration at the high end of tempo will give a boost to running comfortably over the 10km distance while 30-40-minute runs at the low end will help with endurance.

For those who struggle with faster tempo paces over 20 minutes you can break them down into two sets of 10 minutes with a 2-3-minute active recovery between each.

» Train to run hard for 30min plus
» Use tempo runs frequently (low-end for time taken in race and high-end for around half the time)
» Use track intervals if pacing is an issue
» Always include at least “active” recoveries (keep moving between intervals)
» Try “float” recoveries as you get fitter (easy running pace, not jogging)
» Use hills for strength development and improved running biomechanics
» Race under and over distance
» Work on concentration and holding that focus for the whole race
» Try to finish strongly (negative 5km splits)
» Variety is key – enjoyment is essential

Specific aerobic work comes from interval training (repetitions with fixed recoveries). These can be done on road, grass or track. For those who struggle with self-pacing, the track is the best place to complete these. It is essential to know what your absolute target (race time) is and then plan sessions around that pace or slightly faster.

Don’t panic if you are not getting anywhere near these number of reps, just work up to the ballpark suggested session numbers as your fitness develops. However, I recommend that everyone does an “active” recovery (jogging continually before the next rep); those with higher ability levels can do a “float” recovery (running at a slow pace before each rep) and those with higher abilities still, 200m recoveries in 60sec.

Hill runs are an excellent way to gain leg strength and should be included in your training programme. Shorter hill efforts provide the added bonus of acting as a strength session with the inclusion of some speed via exaggerated run biomechanics. That is, pumping arm action, high knees, strong leg drive and effective push-off from the toes.

Like any other event, recuperation is vital and, with the longer interval reps, the need to run easily for a day or two afterwards is essential, not only to allow for adaptation but also to off-set the danger of building up unwanted fatigue levels that can lead to injury and staleness.

Fartlek running can offer great variation with its many pace inclusions in a 20-30min session and over periods lasting from one minute to five minutes.

As indicated, to run a 10km PB, there is a need to do some sessions that are much faster than race pace from time to time and these need longer recoveries. Therefore, in regard to the examples above, the 800m session could be adjusted to include only six reps with a two-minute recovery but at around 5-8 seconds per 400m faster.

Another strategy required to run a 10km PB involves varying racing distances, so that means doing some 5km races, 10-milers and even the odd half-marathon.

Runners of better ability will also race over 1500m and 3000m on the track in the summer to give them a high-level speed reserve.

As you can see, training to beat your 10km PB needs much variation, supported by a good aerobic engine and coupled with great strength. Hopefully the sessions and ideas provided will enable you to clock PB-busting times.

» David Lowes is a freelance level 4 coach, athletics writer and photographer as well as BMC academy chair and event organiser