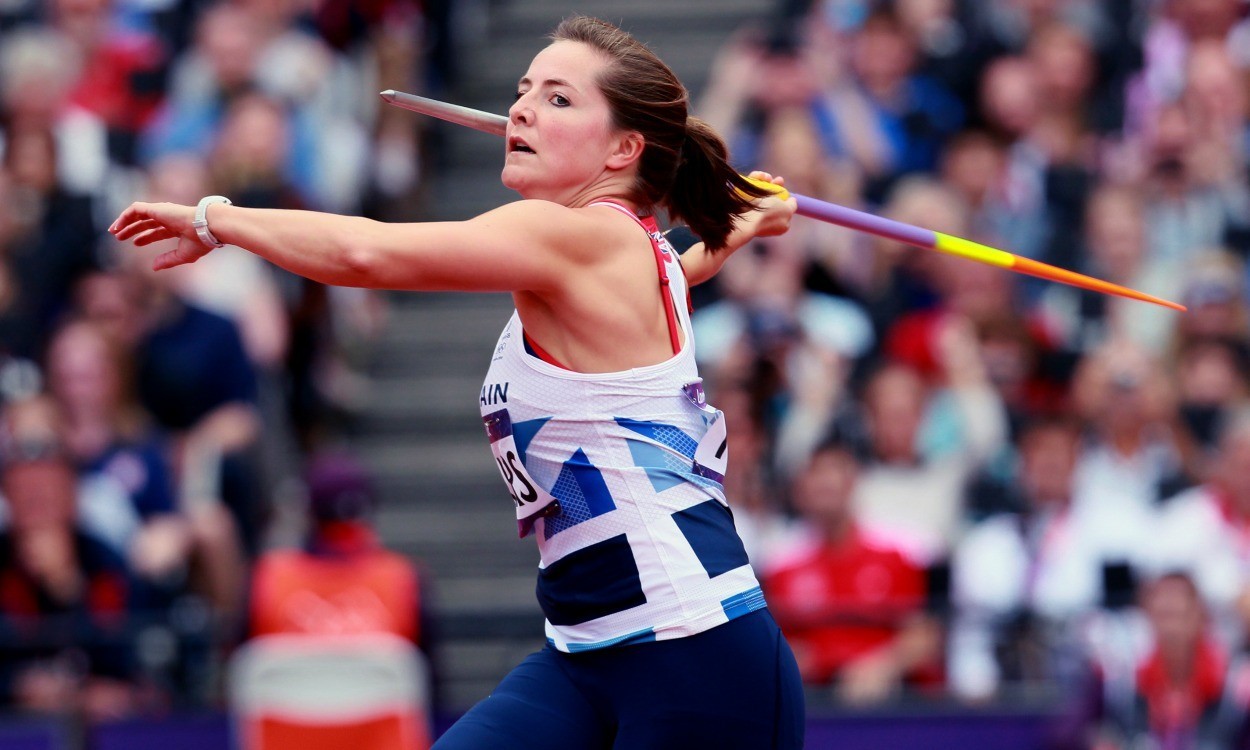 In part two of her overview of javelin technique, Goldie Sayers looks at the final stages of the throw

As I mentioned in part one (which you can find here), the principles of javelin technique are often over-complicated. However, by isolating the individual components of the sequence of movements required to throw a spear, it becomes far easier to improve each stage.

» Keep the javelin flat throughout the run up.

» As you come to throw, the javelin often lifts up and the mid flight of the javelin comes from the hip and not from throwing at a steep angle – you’ll only increase drag on the javelin in flight if the angle is too steep.

» Keep arm and hand relaxed and tucked in behind the line of the shoulder in your crossovers.

» Lay the javelin along your forearm and keep it that way as you come to throw the javelin – the elbow should rotate up and over the shoulder at strike.

Fundamental No.6: The throw

The main thing in the throw/delivery is the ability to rotate the shoulder which allows the elbow and then hand to throw over the top of the shoulder (and not out to the side of it). It is helpful to think about throwing down a narrow corridor which doesn’t allow any lateral movement.

This is where throwing a javelin is different to throwing a ball. It is possible to throw a ball around any axis – think about how a cricketers throws – but a javelin has to be thrown through its linear length and in line with the body.

This is not only good for distance but also for optimal release height. It is also critical for elbow and shoulder health as throwing out to the side of the shoulder puts unnecessary strain through the elbow especially. Throwing directly over the shoulder also enables vertical velocity of the javelin (lift).

Relaxation in the upper body is important as is letting the shoulder go after release. The most important thing in javelin throwing is that it looks and feels like a pull and not a push of the javelin.

Being too close to the line coming into the throw subconsciously causes the body to shrink and shorten to try and stay behind it. Giving yourself space behind the line allows you to create length, pull and follow through which gives you distance. Don’t be afraid to take your run up back. I would recommend throwing at least 1.5 to two metres behind the line to allow for a good follow through and recovery.

If you struggle staying behind the line when you throw (which many do), practise your run up away from the runway and make it based on rhythm, not check marks. That way, you will be relying on internal, not external cues giving you more control over your run up.

If you can’t stay behind the line in competition then don’t practise going over it in training. Remember, PBs don’t count if your foot goes over the line so make room for the recovery – it will make for longer throws but no fouls.

» Goldie Sayers is available as a mentor to coaches and athletes at javelinchamp.com where she offers a video analysis service and you can register for her free blog. Follow her on Twitter @JavelinChamp1 and @goldiesayers