Cut to the ‘chase 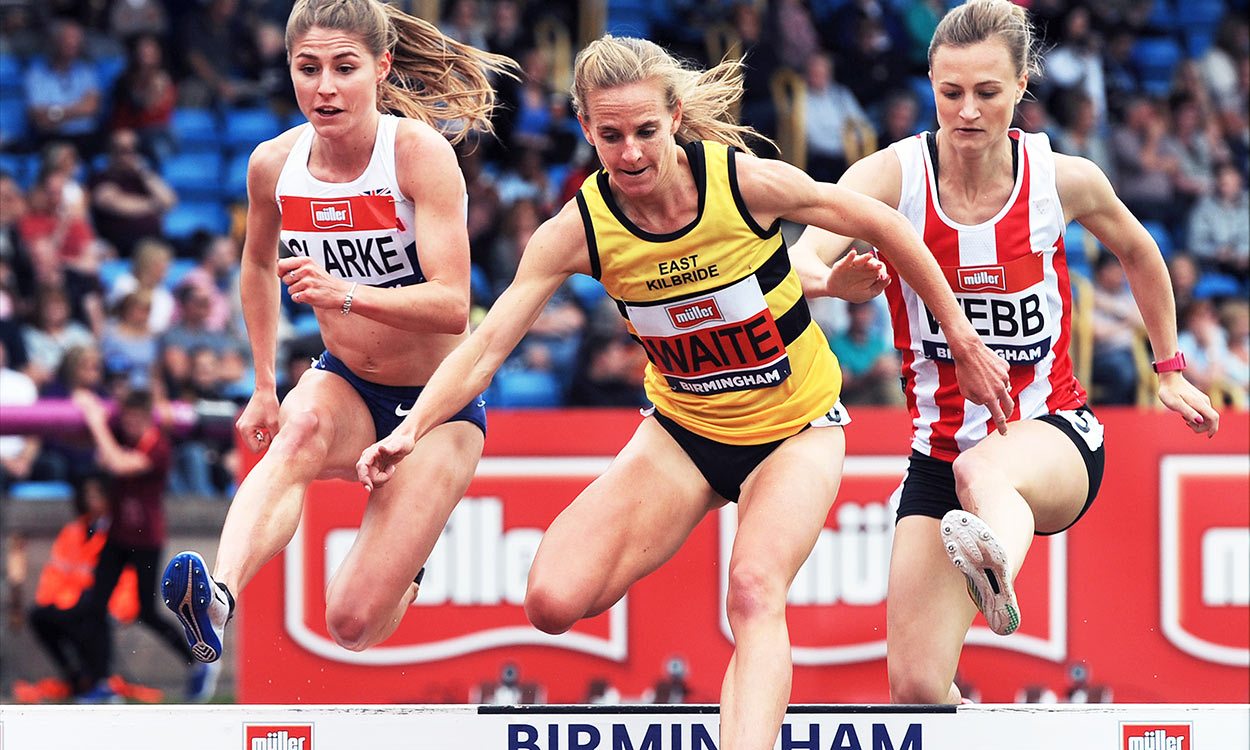 What does it take to become a top steeplechaser?

“Physical preparation for the chase has to be underpinned by the development of elasticity, robustness and mobility,” says Gunn. His advice is to concentrate on general conditioning and physical preparation over a period of months, before moving on to more event specific work such as run overs and strides.

“Calf raises, squats, lunges and bridges were all part of my regime in the early phases of my periodisation cycle and I then progressed on to bunny hops, squat jumps, split squats and step drops,” he says. “When progressing on to box drops, the golden rule of skill acquisition is to move from double leg to single leg landings.”

It’s vital to prepare for the loading forces that come with the jumps. For males, the water jump drop and resulting impact occurs from their hips being at around six feet in the air, with females it’s a drop from hips being between four-five feet in the air.

“Jumps inevitably involve tendon loading and should be performed when you are fresh rather than fatigued, to start off with,” Gunn says. “So the golden rule is to acquire the skill first and before training when under stress and fatigue”.

“You ideally need once weekly sessions for the novice run over hurdles rather than the more intimidating wooden barriers,” advises Duval. “When training, coaches can move hurdles into different lanes, place cones in front of barriers and even consider using their own bodies as mild obstructers by moving in front of hurdles during training. This obviously has to be appropriately risk assessed by the coach to avoid athlete injury but if done so appropriately the inherent physicality and unpredictability of racing can be simulated.”

Take to the water

Apprehensions and anxieties about the water jump are plentiful. “For most people, this can be eased with adequate practise of placing the foot on the barrier,” Gunn says. “A good plant on the barrier almost always results in a safe landing the other side.” He suggests wearing spikes (for the added grip) to practise and to do it first at walking pace on a lower barrier into a sandpit, before progressing the approach speed as your confidence builds.

“You will find that the foot rarely slips and that as you increase your speed the action becomes easier and smoother,” says Gunn. “Once you believe this, all you then need to do is to accelerate into the water jump (and all other hurdles) to ensure a smooth, efficient clearance.”

Duval says steeplechasers neglect endurance at their peril. “A key session for a senior could be 3x1km over hurdles with 60sec recovery and then 30sec recovery,” he says. “On occasions you could try active recoveries during repetitions with jumping squats being thrown in deliberately to induce the kind of “super-fatigue” in the quadriceps muscles in an attempt to simulate the tiredness that you will face in the latter stages of a race.”