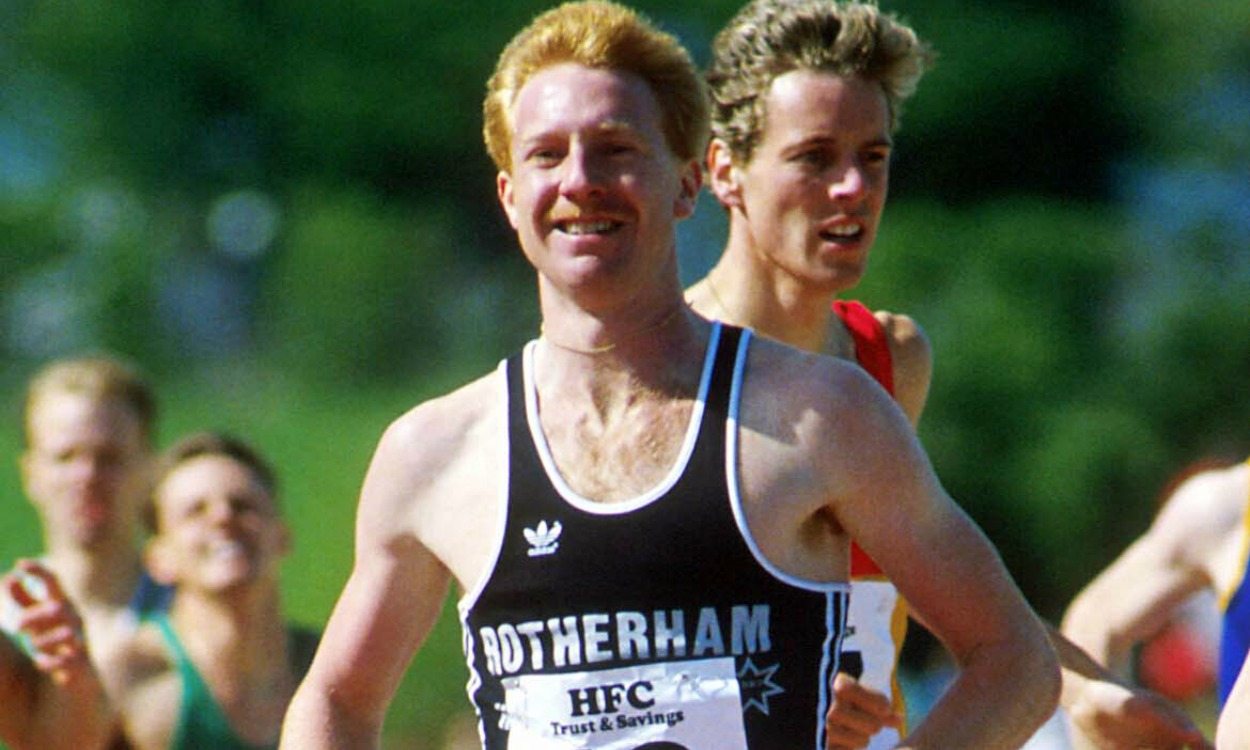 Rotherham Harriers & AC has made best use of its town’s small population to punch above its weight, writes Ruth Jones

In October 1887, a notice appeared in the Rotherham Advertiser stating the club was to be formed, with an accompanying editorial comment adding ‘this could take scores of young men beyond the pale of temptation, as well as adding to their robustness and constitution’.

The club’s first headquarters were at the West End Hotel on Sheffield Road and the first club event – a cross country run – took place in December 1887. Again, the Rotherham Advertiser commented that ‘a good number of runners turned up to don the jerseys. F Beecher and W Copley were dispatched as hares – and a pretty sight it made, the bright uniforms of amber red and black showing up well in the sunlight. A trail was laid – where the hares turned for home, hotly pursued by G Tattersall’.

The club is based at Herringthorpe Stadium, which has adjacent playing fields. Club training nights are Mondays and Wednesdays, with young athlete indoor sessions held at the Rotherham School sports halls on Friday evenings.

The senior endurance group does a speed session on Saturday mornings, and the 15-17 age group do a longer run on Friday nights.

Young athletes follow a multi-event development model, before starting to specialise. Beyond that they move into specific squads with both juniors and seniors coached according to middle distance or speed preferences.

The club’s traditional harrier background continues with a strong focus on road and cross country. The aim is to send teams to all county, area and national championships – but also have teams in the UK Youth Development league in all age groups, and senior and junior athletes competing in the Northern track and field league division 2EC.

The latest successes have been achieved by the senior women’s cross country team, with bronze team medals in both the national 2014 and 2015 championships as well as clinching gold at county and area cross championships last year. All athletes are from the town, and nearly all have come through the young athlete development programme.

In 2015, the men’s M65 team retained their BMAF cross country relay title, the U15 girls won silver and the U17 men won gold in the Northern Young Athlete autumn road relays.

Peter Elliott (pictured above) – Olympic, European and Commonwealth Games medallist – is the club’s most famous member, achieving huge success over 800m and 1500m despite working full-time as a joiner for British Steel. Throughout the 1980s and early 1990s, he won European indoor 800m silver, Commonwealth Games gold and bronze medals over 1500m and 800m respectively, as well as silver medals in the World Championships 800m and Olympic 1500m.

Elliott set a 1500m indoor world record of 3:34.20 and led the world 800m rankings with 1:42.97 in 1990, and is still ranked as the fastest ever British runner over 1500m and the mile indoors. The 1950s saw the beginnings of a golden era for the club, however, with Peter Cullen, Alan Simpson and Angela Creamer representing England and Great Britain on numerous occasions.

Cullen competed at the Commonwealth Games and the Olympics during this decade, breaking the British record a number of times, and improving the English javelin best by more than six metres in three years. Simpson was the world champion over 1500m in 1963, before finishing fourth in the following year’s Tokyo Olympics, and second and fourth in the 1966 Commonwealths and European Championships respectively, and Creamer competed in the 1976 Montreal Olympics over 800m, having won the AAA over the distance that year and the previous summer.

Dave Tune and Jenny Blizard are also notable members of the club, both having represented their country at international level.

The club organises three local events, which form part of a 12-event series. These include the Plough Bassingthorpe and Ulley Res races and the Prince in the Park 5km. The Harriers are also in charge of the annual Round Rotherham event – a 50-mile race around the Rotherham Boundary – for runners and walkers, which includes an eight stage relay event.

Club colours: Black vest with white trim and white star on the front.