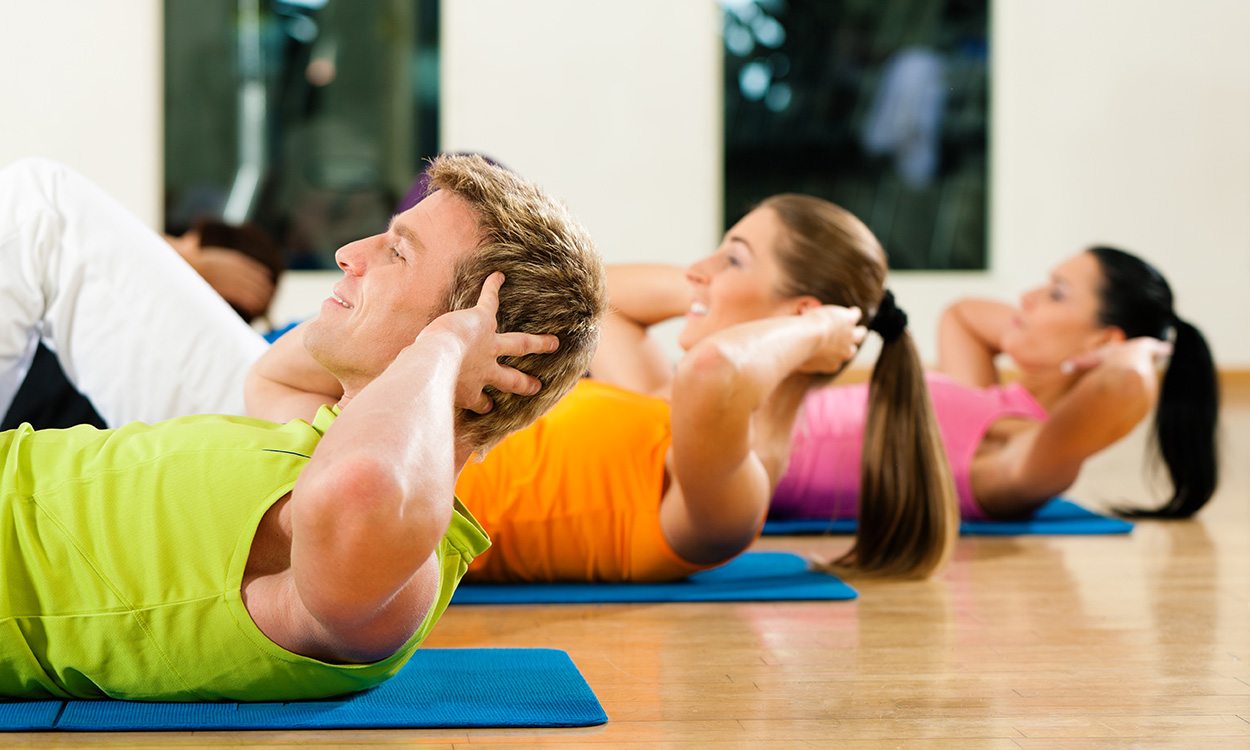 Strong ‘core’ muscles are believed to be essential for performance. But what if everything we thought we knew about the core is wrong?

Over the past decade it has been drilled into us that the muscles that matter most for performance, technique and injury avoidance are those that lie beneath the rib cage and the pelvis, that wrap around our middle like a corset, extending deep within the body to brace our trunks – in other words, our ‘core’.

Entire gym sessions and equipment such as TRX suspension training aids, kettlebells, stability balls and rollers, have been founded on the received wisdom that your midsection should be the focus if you want to be strong, to avoid backache and to minimise injuries.

Collectively, we have lapped up the advice about core engagement being necessary to activate even the deepest of abdominal muscles, the transverse abdominis, and that without a strong core, our limbs will not move freely and our breathing is hampered.

But have the benefits of core training been misinterpreted and overplayed? Many scientists now think so and their advice is to broaden the focus of strength and conditioning sessions, placing far less all-out emphasis on our middles.

“I don’t know of any studies that show the core specifically is related to injury or performance,” says Richard Blagrove, a senior lecturer in sport and exercise science at Birmingham City University and a UKSCA accredited strength and conditioning coach.

“I don’t even like the term ‘core training’ – ‘trunk training’ is better as it also captures the muscle groups that lie across the hips and pectoral girdle that have a huge role in stabilising the torso and spine position,” Blagrove continues.

So what do we know about the core and its effect on performance? Probably less than we think. Here are six core truths that have emerged from recent research …

The term ‘core’ implies there are deep muscle in the abdomen which need to be trained and which contribute to stabilising the spine correctly more so than other muscles. But it’s a falacy, says Blagrove. “There seems to be a misconception that the core is more important than other strength and conditioning activities,” he adds.

“Numerous athletes tell me they have three ‘core’ sessions a week and go to the gym just to do a ‘core’ routine. Yes, weakness in the muscles around the trunk has been shown to relate to lower body injury, however such studies rarely evaluate strength, control and imbalances in other important areas, which are also likely to display signs of dysfunction in those who get injured.”

What’s needed is a more well-rounded approach, where important risk factors for common injuries are evaluated, measured and weaknesses addressed.

Stuart McGill, professor of spine biomechanics at the University of Waterloo in Canada and the author of over 400 published clinical papers on spine health, is widely regarded as the world’s leading expert on back problems.

His clinics are a mecca for elite athletes with seemingly incurable back problems, most of whom have been fed a familiar line.

“Many doctors and experts mindlessly suggest Pilates and yoga, buying into the unexamined orthodoxy that it’s good for the back,” McGill says. “But this needs to stop.”

Our spines fit broadly into two categories, McGill says, and the key is to select an approach to strength training that suits individual requirements.

“Some people have slender spines that bend and flex like a willow branch and they will find stretching, yoga and Pilates easy and painless,” he says.

“For others, their spine is thicker and less flexible – more like an oak tree – and the same activity is going to cause problems and pain.”

In addition, many core exercises include excessive bending, twisting and loading of the spine that is damaging.

“The truth is that someone hitting the gym every day but doing the wrong sorts of exercises for their body will develop cumulative trauma in their discs,” McGill says.

Thomas Nesser, an associate professor of physical education at Indiana State University who has conducted studies on the effects of popular core-training methods says that, from an injury and posture-perfecting perspective, the core’s dominance is questionable.

In his work attempting to find a positive link between a strong core and improved functional movement (that’s basic movements such as lifting, standing and walking, for example) Nesser has drawn blanks, concluding: “Despite the emphasis fitness professionals have placed on functional movement and core training for increased performance, our results suggest otherwise.”

Truth 4: We should also strengthen the hips and limbs

Our joints and muscles work together to stabilise and produce movement effectively – the core muscles don’t do this alone.

Often, the term ‘core training’ is used inappropriately. “If the core is trained using functional multi-joint exercises that makes sense,” says Blagrove. “But then that isn’t really the ‘core’ as it is known, but the musculature around the hips, trunk and shoulders that do contribute to stabilise the spine.”

Athletes should include strengthening of musculature around the hips, effective control of limbs at ground contact, and ensuring foot and ankle motion is optimal. “Training for the trunk should also be included but exercises that isolate single muscles have limited relevance,” Blagrove says.

“Rather, the trunk must be conditioned in a manner which reflects the demands of an athlete’s event including consideration of the forces that are acting on the trunk.”

Truth 5: We should avoid sit-ups and roll-ups

Of all exercises, the sit-up is the biggest offender on McGill’s hit-list. Following his studies, the Canadian Armed Forces and the US Military have dropped the decades-old staple of a speed sit-up test for potential recruits, something McGill says is highly risky for the back.

His findings show there’s a much greater chance, statistically, of developing a back problem if the spine is repeatedly put under force from muscles contracting to hold it in a bent position, as it is in the sit-up.

“When we’ve measured the loads on the spine with each sit-up, they were right on the limit noted by us and orthopaedic experts as causing damage over time and with repetition,” he says. “Our research certainly justifies avoiding sit-ups as part of an exercise routine for a healthy spine.”

He is similarly opposed to the ‘roll-up’ exercise, a modified sit-up performed by rolling through each segment of the spine as the upper body is raised, that is often included in Pilates classes.

“It just takes a bad exercise and makes it worse,” McGill says. “It’s an exaggerated movement that puts added load on the discs.”

From his research, McGill has identified three exercises he says are ‘non-negotiable’ when it comes to treating back pain.

They should be performed daily. With all of them, brace the abdominal muscles rather than hollowing or sucking them in:

Lie on the floor, with hands palms down under the lumbar region of the back (the hollow). Raise your elbows slightly so that they aren’t touching the floor and brace the abdominals.

Brace your body and press up through your hips until you are supporting your body with your elbow and knees, resting your left hand on your hip. Hold for 10 seconds, breathing normally.

Try 3-4 repetitions on one side before changing. If you experience shoulder discomfort, try placing your upper hand on the supporting shoulder.

Position yourself on all fours, hands beneath shoulders, and raise the opposite arm and leg simultaneously. Do not raise the arm higher than the shoulder nor the leg past the height of the hips. You should be aiming to hold the limbs parallel to the floor for 6-8 seconds. If that is too much for your back, start by raising just one leg. Try 4x10sec holds on each side.

» Stuart McGill is the author of Back Mechanic – The secrets to a healthy spine your doctor isn’t telling you (£29.99; backfitpro.com)