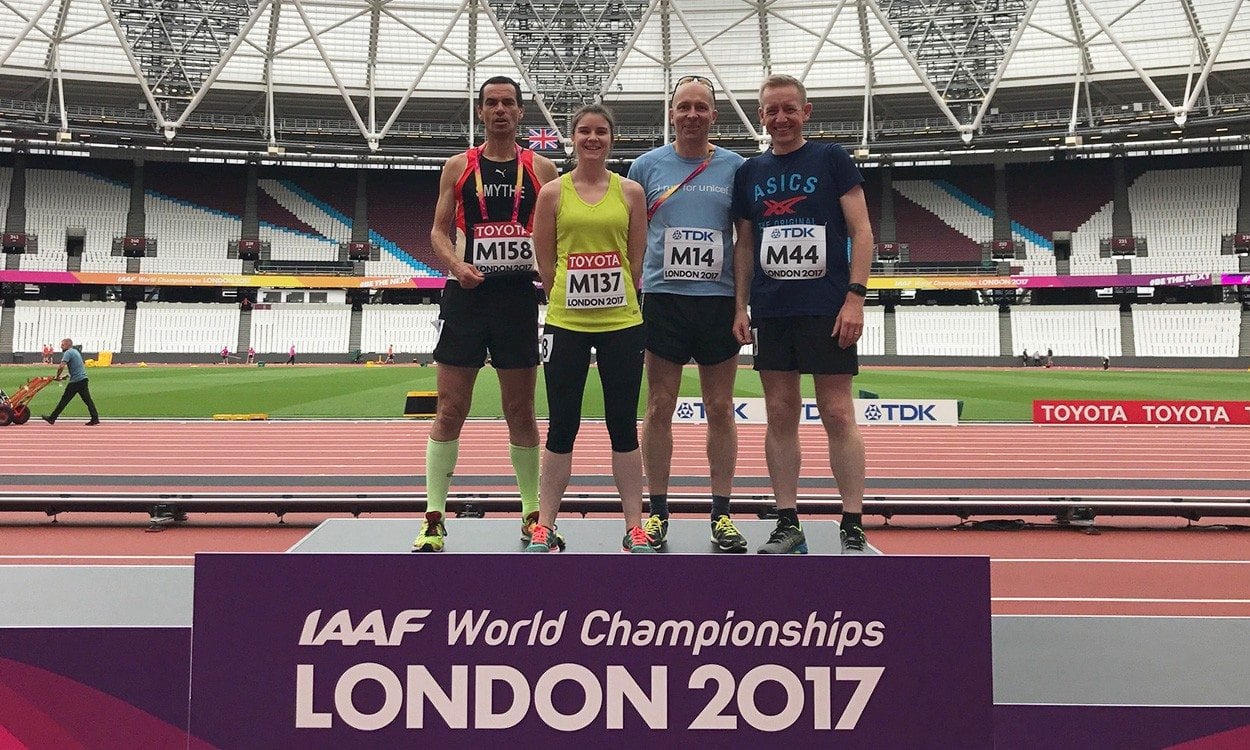 Wendy Sly MBE, MD of Great Run Publishing
After leaving Loughborough University with a degree in English literature, Wendy lived life as an international athlete, racing on the roads in the States and track in Europe. Honours include silver medals at the Olympics and Commonwealth Games, bronze at the European Indoor Championships and a gold at the world 10km road championships.

After ending her running career, Wendy took up a career in publishing which has expanded over 25 years. In 2015, she joined The Great Run Company as MD Publishing, a job which includes heading up AW. Wendy is still involved in the sport of athletics in the role of British cross country team management.

Jason Henderson, Editor
Jason began writing for AW in 1995 and became editor in 2001. During that time he has covered five Olympics for the magazine and interviewed everyone from Bannister to Bolt.

He has written for most UK newspapers, plus magazines such as GQ, and is the author of the London 2012 Guide to Athletics Field Events, plus Collision Course: The Olympic Tragedy of Mary Decker and Zola Budd.

Euan Crumley, Editorial Director, Great Run Publishing
Euan has worked in sports journalism since he was 16. A former sports editor of the Metro newspaper, which he helped launch UK wide in 1999, he has also edited the sports sections of the Scottish Mail on Sunday and Scottish Daily Mail and was at the heart of their coverage of the Glasgow 2014 Commonwealth Games.

When he isn’t working, Euan can be found running or attempting to impersonate a triathlete and continues to feel particularly chuffed about having managed to run a sub 3-hour marathon. His love of running meant the chance to work with Great Run Publishing and join the AW team could not be missed.

Steve Smythe, Results Editor
A runner for 40 years in addition to being a coach and journalist for more than 20 years, Steve brings a wealth of experience to AW.

His marathon best is 2:29:42, but more impressive is his record of having run quicker than 2:47 during five different decades.

Steve’s stamina as a reporter is also pretty good – he has covered the last eight IAAF World Championships outdoors.

She enjoys recreational running, but remains much better at writing about athletics rather than actually doing it herself. In 2014 she joined Mo Farah in making a marathon debut in London and covered her first overseas Olympics in Rio in 2016.

Mark Shearman, Photographer
An ever-present at domestic and international events, the Purley-based snapper has taken more than 800 front cover shots for AW – his first being more than half a century ago.

He shows little sign of slowing down either and Rio 2016 was his 14th Summer Games. In 2013 he was made an MBE for services to sports photography.

He has edited two national fitness magazines (Ultra-FIT and Outdoor Fitness) and written regularly for numerous sports and fitness titles. He’s also the author of seven fitness and sports books, including Strength Training for Running and 100 Youth Athletic Drills.

Paul Freary, Products Reviewer
After having worked for Puma, Fila, Nike and adidas, in addition to running his own running store for the past eight years, Paul is ideally placed to write authoritative reviews of shoes, gadgets and gear.

He also has great athletics pedigree. He has won Northern and Inter-Counties golds at 5000m, UK and world masters half-marathon crowns, plus nine national team titles with Belgrave Harriers, while his claim to fame is once beating Steve Cram in a road mile in Bermuda.