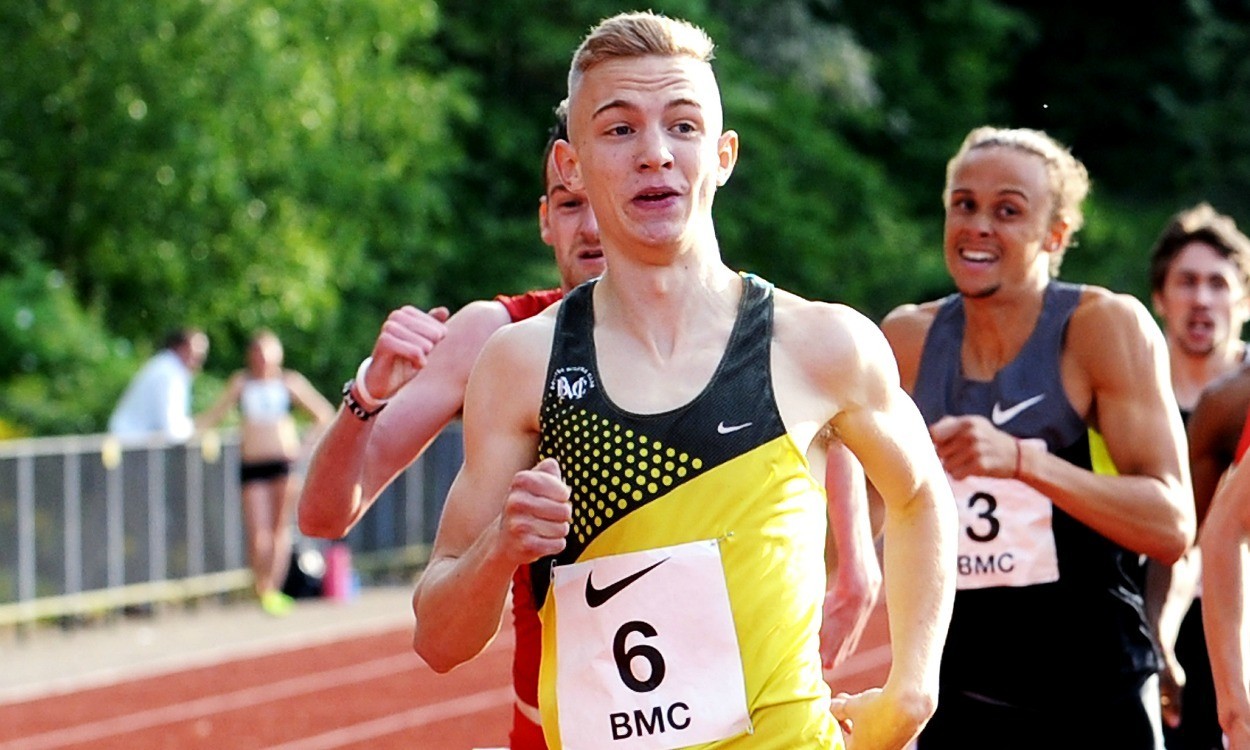 Fresh from a PB of 1:47.41 at Watford in May, England Athletics under-20 800m champion Kyle Langford heads to Eugene for the IAAF World Junior Championships aiming for a medal.

Even though the 18-year-old enters the event in the form of his life, he knows that championship racing does not always follow the formbook and having snatched bronze at the IAAF World Youth Championships in Donetsk last year, Kyle has already proved himself as a championship performer.

“I feel I cope well under pressure and enjoy the whole experience of big races,” he says. “My first aim was solely to get there, so the next target is to get through the rounds.

“I’m not putting any pressure on myself, as I just want to enter the championships in the best form and take it one step at a time. I have the experience from the World Youths and I have worked really hard.”

Kyle first showed his potential in 2012, when he won the English Schools despite having tonsillitis. This performance led to him being selected to represent England in the SIAB Schools’ International, which he also won.

“I was still new to athletics, so I couldn’t believe I won. Getting the England kit was really special,” reflects Kyle.

Yet he was equally satisfied to take the England Athletics under-20 title last month. “I was disqualified two years ago so really wanted to win, but I was against experienced runners who wanted to win as much as I did,” he says.

Having only really started athletics in 2011 after being approached by his local club at a schools’ event, Kyle did not enjoy the sport initially. However, he credits his coach, George Harrison, for building his confidence and encouraging him to continue.

“We have a great set up and training group,” says the Shaftesbury Barnet athlete. “We have a number of up and coming middle-distance runners who keep me on my toes. The group is so supportive of each other, it is a joy to be a part of.”

It is refreshing that Kyle sees his role as an athlete as more than simply trying to win and improve his times. Instead, he wants to encourage more young people into the sport.

“I’m not academic and had a tough time at school, but I want to use my experience to show kids that even if you are not academic, you can achieve anything if you put your mind to it,” he says.

Kyle’s other claim to fame was leading the English Schools Cross Country in 2012 for the first mile and a half, before fading to 221st.

“I’m probably the first person who ever died to that extreme in a cross country race,” reveals the down-to-earth youngster with a grin.

You can find further performance stats on Kyle on Power of 10 here.