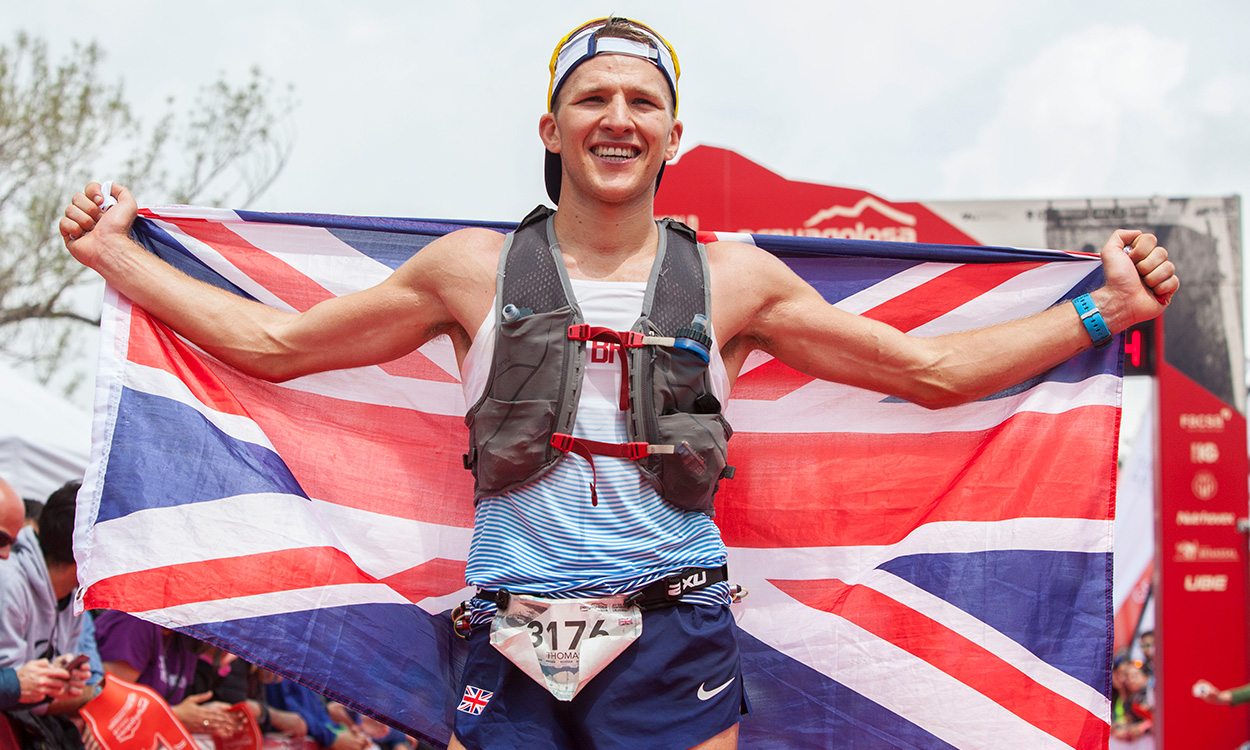 Tom Evans made his mark at last month’s IAU/ITRA Trail World Championships – with individual bronze and team silver for GB – and he hopes it will act as a springboard to success on a variety of terrains in future.

The 26-year-old clocked 8hr 49min 35sec in the 85.3km race in Spain – a great run for a relative rookie when it comes to ultra trail running.

Ultra running specialist website iRunFar.com described Evans as having “a boat load of talent”, adding that they “can see him going great places”.

His next target is the World Mountain Running Long Distance Championships in Karpacz, Poland, on June 24, while he is also keen to improve his road marathon PB in Valencia in December.

“I was training to go sub-2:20 in Frankfurt last year but got a sciatic nerve injury two weeks before the race,” he says.

“I shouldn’t have raced and I ran 2:26, but I learned some important lessons and am looking forward to my next marathon. I also enjoy the idea of possibly going for Commonwealth Games selection in the event in future.”

“It’s all about the journey. I have big goals but I want to enjoy it, too”

Evans certainly has a bit of pace in his legs. He came third in the 1500m at national preparatory schools championships as a child without any serious training and more recently has won the Sussex cross country title and placed 12th in the Southern Cross Country Championships.

He is more drawn to the world of ultra-running, though, and found himself doing the Marathon des Sables last year after a wager in a pub.

He didn’t expect to do well but ended up a superb third – the best performance in history by a British man.

After leaving school, Evans joined the British Army and served with the Welsh Guards for a number of years. It is there that he developed the kind of steely mindset needed to be a good ultra runner and also a liking for group sessions.

“I do most of my long runs alone, but I do shorter sessions with a group that is coached by Allison Benton in Brighton. I really like the camaraderie of training together and I think it’s to do with my army background.”

He adds: “Our group’s mantra is ‘process not outcome’. It’s all about the journey. I have big goals but I want to enjoy it, too.”