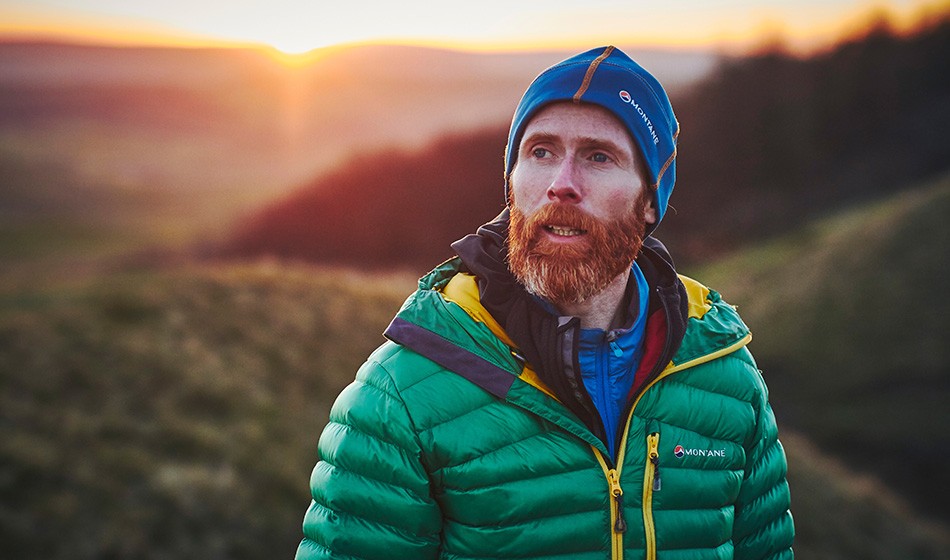 As a young man, Marcus Scotney got his highs from drugs. He now gets them from running ultra races and from helping others to achieve their running and sometimes life goals.

Athletics Weekly: How did you get started running?

Marcus Scotney: I started orienteering when I was 14. It was the beginning of my running career – I won the Avon Schools Orienteering Championships when I was 16. After a period of taking drugs, dealing and going off the rails in my late teens, I returned to running when I was 20, running my first mountain marathon with a broken jaw.

I joined Beaumont Leys Running Club in Leicester in 1996 and excelled as a road runner, even competing at the county 5000m and 10,000m championships and winning the Road Winter League in 1997 before venturing on to the fells and dabbling in fell running. I went back to road running in 2002 when I lived in Dumfries, running a 69-minute half-marathon in 2005.

AW: Why did you start doing ultras?

MS: I had had a period of depression in 2007 and decided to run the Devil o’ the Highlands (42-mile trail ultra event) in 2008 in preparation for my first marathon later in the year. Also, two of my fellow Dumfries Running Club members were running for Scotland at the Anglo Celtic Plate 100km Champs. I was intrigued hearing their stories of running the 100km and thought if they can get an international vest then I could as I always beat them in races.

AW: What has been your favourite ultra?

MS: My favourite is probably the hardest as well and it’s the Dragons Back Race – a five- day race down through the Welsh mountains. It covers 300km with 15,000m of ascent – each day is an ultra. It is incredibly hard and demanding on the body and steeped in history. It completely broke me and I was left with a knee injury.

AW: And your best achievement?

MS: Winning and setting the new course record at the Dragons Back Race in 2017.

AW: If you were to advise a “reasonable standard marathon” runner to tackle an ultra, what type of race or specific race would be your choice?

AW: How should this reasonable standard marathon runner begin to train for an ultra? Is it a case of “just” upping mileage or can you run a 50-miler, for example, on slightly adapted marathon training?

MS: Increasing the volume and reducing the intensity to develop endurance is crucial. I find using a heart rate monitor the best way of gauging this. You need to lose the ego and let go of being a slave to pace and begin to focus on time on feet at a low intensity. Training at a pace which feels easy and is conversational and develops the aerobic energy system is imperative for successful ultra marathon completion.

Don’t be afraid of recovery, especially after an ultra. It takes a long time to recover, so taking a week or two weeks off afterwards is always a good thing.

AW: Fuelling is obviously crucial for ultras. Any advice there?

MS: Find what works for you, there are so many different energy products to choose from. I use Mountain Fuel and Clif Bloks in ultras and don’t deviate from them. It is important to make sure you test any nutrient strategy out in training to make sure it works for you and that your stomach and gut is used to the fuel.

The food stations at some races are notorious for the selection of food available, this is one of the reasons why I tell people that running an ultra is easier than running a road marathon … you might be on your feet for longer but you can stop at the checkpoint, eat cake and have a cup of tea before setting off for the next aid station.

AW: What’s the toughest part about running ultras? Do you expect to have a “dark period” and what tips have you got for getting through?

MS: There is a quote that says running an ultra is 70% mental, 30% physical. There are many tough parts of running an ultra, and running for such lengths leads to the body breaking down and hurting. It’s at those “dark times” when having mental toughness helps.

Developing a growth mindset is a great way to cope, too. Visualisation is a great skill to incorporate into training runs – visualising yourself finishing the race strongly or running part of the course and how great it will feel running the ultra.

I have found using meditation has helped with being able to control my emotions in the tough times of an ultra.

AW: What’s great about running ultras and what type of runners take part in them? Are they a slightly different crowd to half marathoners and marathoners?

MS: Trail ultra marathons seem to attract a different type of runner who are often seeking a new experience, perhaps getting away from other problems, and by running an ultra proving to themselves that they can overcome these.

There is a feeling of great camaraderie in ultras. Even though they are competitive, people are more willing to help each other out.

MS: I have been a full-time running coach for five years. I have studied sports science, I’m a qualified sports therapist and currently studying sports psychology.

I am very fortunate to coach a broad spectrum of abilities of runners from those embarking on their first ultra or half- marathon to British 100km champion Charlie Harpur.

AW: What would you say to someone considering their first ultra?

MS: Deciding to run an ultra will be life changing. It has the power to completely change you and your outlook on life, as it gives you the opportunity to explore the limits of your physical and mental abilities, making you realise that you can achieve what looks like the impossible.

It can give you the courage and strength that you can overcome the challenge of running an ultra and challenges in life.

» For more about Marcus Scotney, see marcusscotney.com or email him: [email protected]