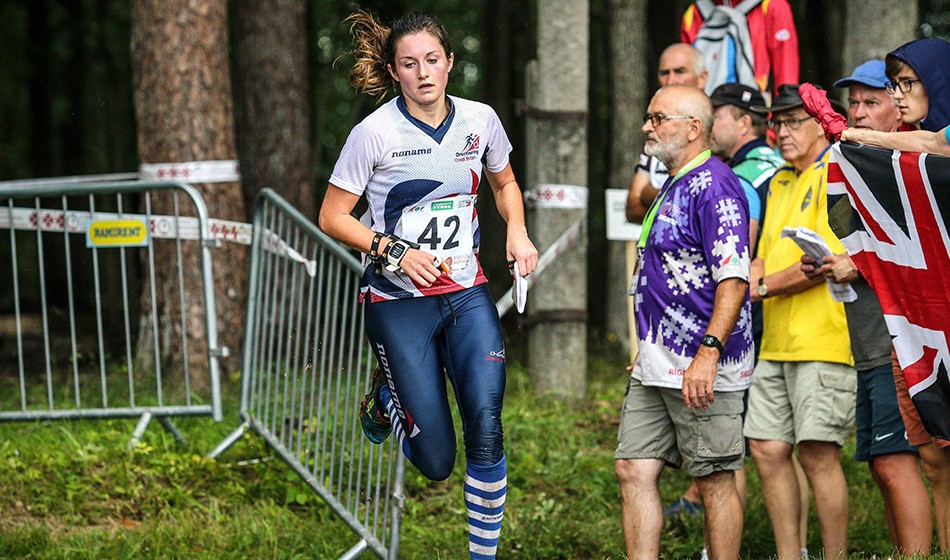 The elite orienteer explains how every second counts in her sport

Megan Carter-Davies joined her first orienteering club – the Mid-Wales OC – as an eight-year-old and became a member of the Welsh junior squad after a couple of years, running her first junior inter-regionals and junior home internationals aged 12.

She has gone on to place 20th at the World Orienteering Championships and hopes to improve on that at this year’s event in Østfold, Norway.

Here Carter-Davies shares some insight into her sport and its crossover with running.

Megan Carter-Davies: A bit of both. I started doing cross-country races in primary school and also first tried orienteering when I was eight years old. I continued with both, and as I got more into orienteering, the running became more important to me. I started to focus on training when I was about 14.

MCD: I absolutely love the feeling of racing, having to stay focused the whole time. At elite level, every second counts. We run hard for the entire race across rough terrain, up and down hills, weaving through trees and ducking under branches. At the same time we read the map (while running!), look up to see where we need to go, make decisions about our route, and all while being conscious of our next step. Undoubtedly mistakes are made, so it’s all to play for while you’re out there. I also love that we get to run in so many interesting and beautiful places.

MCD: During the week, my training is similar to that of a typical 5km or 10km runner. On the weekends it’s time for orienteering – both to practise the technical skills and get some time running in tougher terrain. It takes time to organise orienteering so I usually go to local races for this. Overall, this puts me at around 60km a week, supplemented by a cycle commute on week days and a bit of gym work.

MCD: Forest orienteering is most similar to trail or fell running in the athletics world, with hills and uneven ground. We call it ‘forest’ but it could also be on sand dunes or a moorland. The map reading takes time to pick up as there are a lot of different things to consider like contours, vegetation, direction and distance judgement. Mistakes are fairly common in this style of orienteering, but those who can navigate better and keep mistakes to a minimum tend to succeed. We also have orienteering in urban areas. The navigation is simpler since it’s easy to make sense of the buildings and roads. The challenge comes with making quick decisions as you can race so much faster on tarmac. While you still need to be agile, speed is a more important factor here than in the forest. Many of the world champions in the sprint distance (short urban races) have also represented their country in athletics somehow. In terms of skills, it would be easier for runners to get involved in urban orienteering but, if you want to try ‘forest’ orienteering, there are usually club members at local races who will be happy to help.

MCD: Last year I came 20th at the World Championships, and my aim for this year is to improve on that. I am working on getting faster and would like to be able to run close to a 17-minute 5km time this summer. Other than that, I will keep orienteering as much as I can. I have a couple of training camps in Scandinavia lined up so I can get used to racing in similar forests ahead of the World Champs in Norway in August. As a team, we are aiming for a top result in the relays too.

MCD: I think the coolest moment was at the World University Champs in 2016. After great performances from Charlotte Ward, Peter Hodkinson and Kris Jones, I was sent out in first place for the last leg of the sprint relay and got to bring us home to the gold medal! It was great to race with them again in the World Champs last year. I’m also proud of my 20th place in the World Champs middle distance last year and happy that I was able to make an easy transition from junior to senior level.