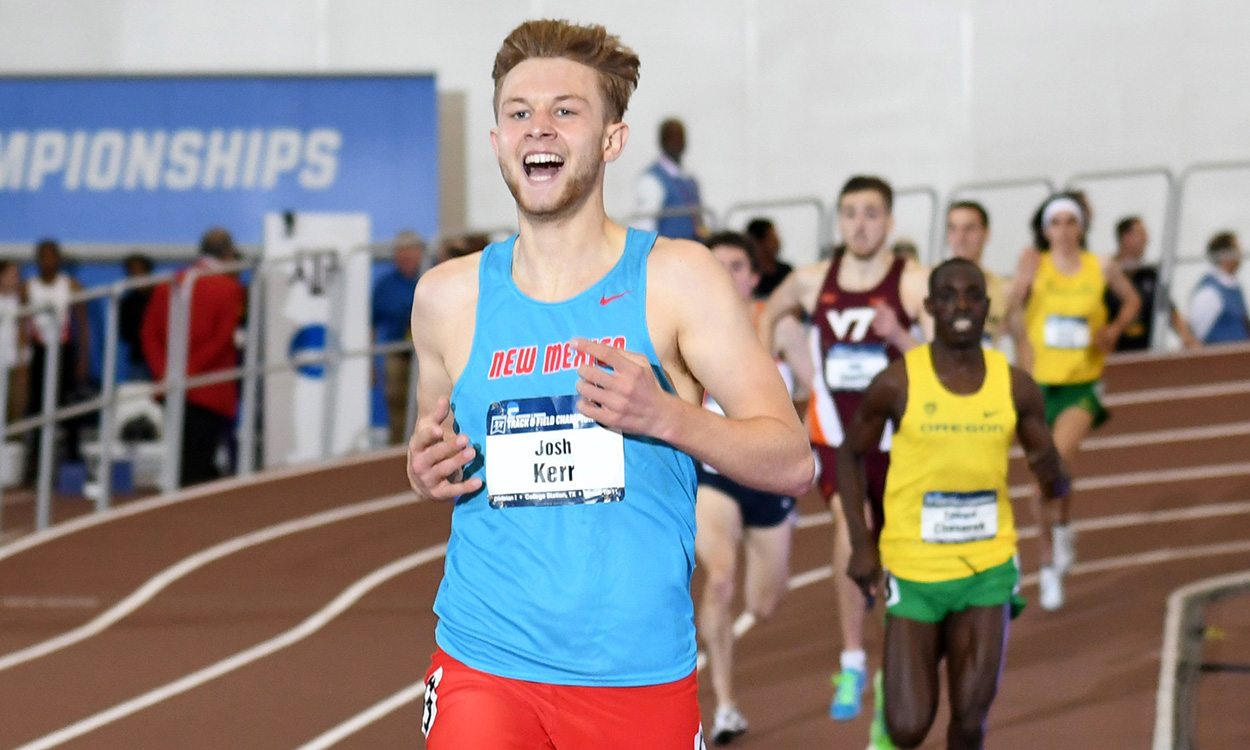 Josh Kerr heads into this weekend’s NYRR Millrose Games feeling in fine form and eager to find out just what he might be capable of as he joins a top field for the prestigious NYRR Wanamaker Mile.

In 2017, the 20-year-old achieved an impressive NCAA mile and 1500m double, claiming titles at both the indoor and outdoor championships before he placed runner-up to his fellow Scot Chris O’Hare at the UK trials to secure his spot on the GB team for the IAAF World Championships in London.

Now he’s getting ready to line-up alongside O’Hare once more and, having earned his place on the start line at the Armory in New York on Saturday (February 3), the University of New Mexico athlete is determined to make the most of the opportunity.

“It’s something that we’ve been working towards. I’ve obviously never been invited to a race with this kind of calibre before,” says Kerr, who clocked his 3:59.90 mile PB in his heat en route to that NCAA win last March.

“These guys are all extremely talented and obviously there’s the Brits in there as well so we’ll be battling against each other. There’s lots of things to think about.

“It’s an awesome opportunity and I’m so happy that they invited me to come and race. I’m taking that experience and I’m going to use it as well as possible.

“Training has been great leading up and I’ve never been this fit this early in the season so it’s great to be that position. I’m about to race some of the best milers in the world so you’ve got to be happy with putting yourself in that kind of situation.”

The field features a third British athlete in Charlie Grice, while two-time Olympic medallist Nick Willis – on the hunt for his first title in six attempts – will also be joined by Will Leer, Ben Blankenship and Kyle Merber.

Kerr, who claimed European under-20 gold in 2015, opened his season last month with a winning indoor 800m PB of 1:48.87 in Albuquerque off little speed work.

“I was happy to come away with a win there,” he says. “An indoor PB isn’t the worst thing in the world.”

Now he’s ready for Saturday’s Wanamaker Mile and not only does Kerr feel in great shape, but he’s got a winning mindset to go with it.

“This is the first big race of the season for me,” says the Joe Franklin-coached runner, who moved out to the US as a 17-year-old in 2015.

“I never go into a race without thinking that I can win it, especially now at this level. I know I have the ability to win it. It’s going to be very, very difficult, but I’m going to go in with that kind of mindset and the fast time will come.

“I’m not sure how fast that will be but I’m sure it will be pretty quick. That’s the goal for me – to come away with a good result this weekend.”