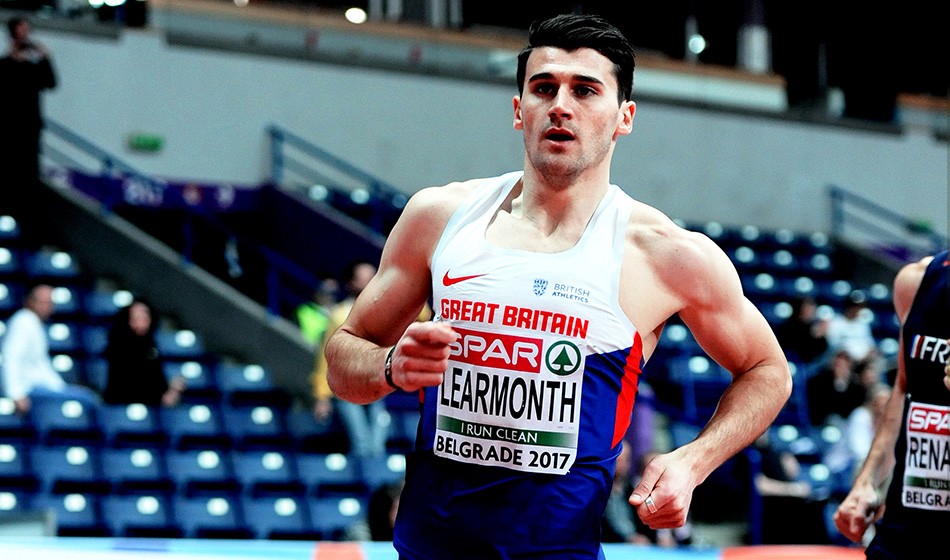 From Oreo biscuits, pizza and ‘winging it’ to a new nutrition plan, training set-up and structure, Guy Learmonth says the new decade feels like a fresh start – one in which he is happy, healthy and hopeful.

After a tough few years, the turn into 2020 and a looming Olympics prompted the 2017 world 800m semi-finalist to make some changes as he targets Tokyo.

While still guided by his long-time coach Henry Gray in the Scottish borders, Learmonth is now also working with Justin Rinaldi of the Fast 8 Track Club in Melbourne, while his brother Jack has taken on a stronger coaching role.

The changes seem to be paying off so far, as a third place in the AIT Grand Prix 600m in Athlone in 1:17.77 was followed by finishing in the same position over 800m at the Müller Indoor Grand Prix in Glasgow a few days later. It’s to the Emirates Arena where Learmonth will return this weekend as he targets a third British indoor title in front of another home crowd.

“I have been quite notorious for winging things,” says the 27-year-old who has an outdoor PB of 1:44.73 and an indoor best of 1:46.98. “But things were going wrong last year and I needed a solid structure, I needed everything in place and routine. That’s what we put together at the end of last year. I brought a lot of people in and everyone knows their role around me.

“Jack and Justin are really working together and putting things in place. We’ve kind of merged our training plans together, refined and refreshed things. It’s not been drastic changes but there’s a lot more structure around the whole programme.”

The 27-year-old’s growing team also includes his girlfriend and fellow athlete Jazmin Sawyers and, as a result, he says his life now also has a lot more calm and tranquility.

“Jaz doesn’t like taking any credit but I’ve told her the last few months, obviously she has played a huge role. She’s got me in these states of zen. I’m a lot more relaxed and calm. There were times that I would fly off the hinges every now and then. She has really brought a lot of calm, peace and tranquillity to my life.

“She knows how much potential I have but she knows at the same time that you can’t keep winging things, you need to have a lot of structure and put things in place. You need a game plan all year round not just a game plan for a couple of weeks.”

What a day!!! Thanks so much for all the messages today, love being back to my old self!! Put so much graft in the last few months to get back here and I couldn’t be happier. My team is the best in the world! Can’t wait for the next!! 🏴󠁧󠁢󠁳󠁣󠁴󠁿🦍 – – – #TeamNB #F8TC #Alba #runnersofinstagram #trackandfield #nbrunning #newbalance

Those lessons have also crossed over into Learmonth’s nutrition, with the Lasswade runner now much more conscious about how he fuels himself.

“I’ve always been able to cut my weight very well but, at the same time, I can gain weight overnight as well,” he says. “I would go on crazy diets and then shed a tonne of weight a few weeks out from a big competition. You just feel really weak, it was a stupid thing to do. The position I put myself in, it wasn’t smart but it’s what I did.

“Probably the annoying thing is I had a lot of success out of doing that as well, so you kind of have this false sense, this confidence, that what you’re doing is working.

“I’m very in tune with my body so I know what I need to do but I needed a solid approach and structure to cut the weight as the weeks were going by as opposed to cutting 4 or 5kg a couple of weeks out.

“I got down to race weight very early this year and then just maintained it,” Learmonth adds. “I’ve been training at that weight so I’ve not been getting weak as opposed to cutting 4/5kg within a few weeks, having a one-off race, sometimes running well, sometimes running poorly and scratching my head and wondering why. I think that has had a big, big impact on how I have felt with training all this year and how I have felt in these races the last few weeks.

“It’s my own fault. I knew what I needed to do but, at the same time, it’s Oreo biscuits and pizzas and stuff – they are very tempting as well! I’m the sort of person that thinks I can eat that and run amazing the next day, that’s my downfall! I have to be realistic with myself. It’s something I’ve had to tighten up on.

“It’s Olympic year. Last year I almost pulled it off but I fell short, I didn’t reach Doha (world championships), and I want to make sure that doesn’t ever happen again. I want to be in finals, I want to be contesting for medals at major champs, and this is something that I needed to do, I needed to sort it out properly.” 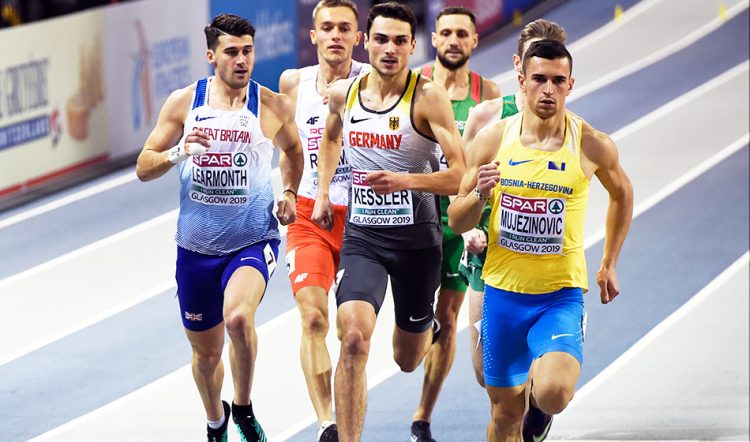 After going through tough periods over the last few years and not enjoying his athletics – he lost his grandfather, one of his best friends was paralysed after a car crash and others close to him have suffered issues with alcohol – Learmonth still remained passionate and motivated in a sport he could never give up on. Now, he feels back to his old self.

“Just going out there with my mind and my body feeling free, back to how I felt when I was 17 or 18 and just having fun and running,” he adds.

“It has been three or four years of a painful time for me and my family with everything that has gone on. I feel like I have finally got over everything. It’s a new decade, it sounds a bit… but it’s a fresh start, isn’t it. Hopefully it can continue for the next 10 years.”

Running back on home soil in Glasgow this weekend will also give him the opportunity to settle unfinished business, he adds, with GB’s 2019 European Indoor Championships team captain having crashed out of that competition after a collision with Mark English during the semi-finals.

“One of the main reasons I wanted to race back in Glasgow this year was because of everything that happened with the indoors last year, with falling over and stuff,” he says. “I really do feel like I’ve got unfinished business.

“I could have easily just scrapped this indoor season and never raced back in the Emirates ever again because I was scared of falling over or failing, but that’s not who I am.

“It’s not built into my DNA to shy away from anything so I can’t wait to get back out there, have an amazing race.

“The crowds in the UK, the crowds in Scotland, they are just incredible. I really get a big lift and a big buzz from the energy in the Emirates Arena. It never ever disappoints. It’s amazing being able to engage with everyone.

“I think Glasgow will put on a big show and hopefully I can play a small part in that.”

» Tickets are still available for the SPAR British Athletics Indoor Championships on February 22-23. For more information go to www.britishathletics.org.uk