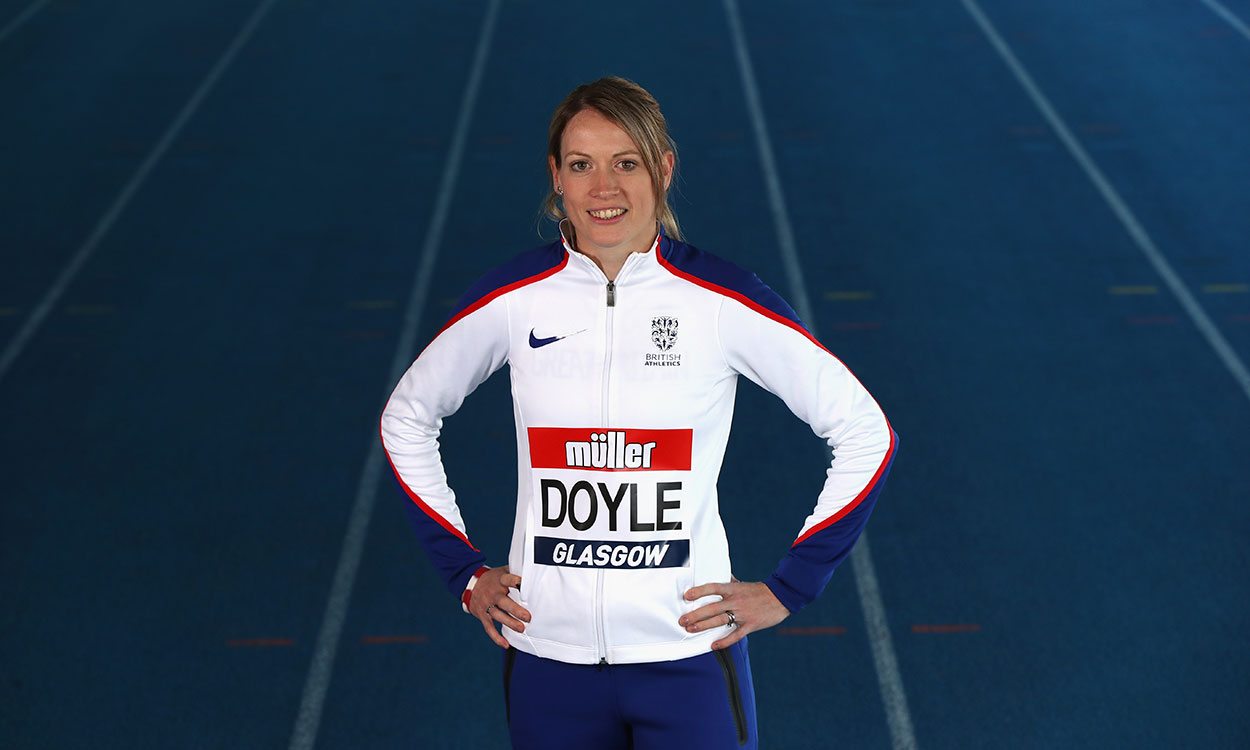 Eilidh Doyle is one of that group of British athletes who has experienced home championship after home championship – the London 2012 Olympics, Glasgow 2014 Commonwealth Games, London 2017 World Championships, Birmingham 2018 World Indoors and now the European Indoors back in Scotland.

“People are lucky to have one home championship, I’ve had five,” says the Scot. “My first home championship was the Olympics in 2012 and that was actually quite overwhelming at first but as it went on you were really champing at the bit to be part of it because it was a home crowd and you had your friends and family there watching as well. So over the years I think I have appreciated each one a bit more.

“When I retire, I’ll probably look back and think what a brilliant time to have been in the sport.”

World indoor 400m medallist Doyle, who claimed the second of her three Commonwealth 400m hurdles silver medals in Glasgow almost five years ago, will first hear the home Emirates Arena crowd roar when she lines up for her 400m heat at 13:13 on Friday.

Also running for GB will be her fellow Scot Zoey Clark and Amber Anning.

“The 2014 Commonwealth Games would have been great if it had been in England or Wales as it would still have been a home Games but to have it in Glasgow, on your doorstep, it was just amazing,” Doyle says.

“I think Glasgow will be more than just a home champs, but a very specific home champs because it’s in Scotland. As well as that it’s a track that I know well and it’s only 20 minutes from my house.

So very sad to hear that Peter Radcliffe has died, a charming man and a joy to talk with. I took this image just after Paula had won the 2003 London Mar. in WR time & it shows Paula with Peter, mum Pat & husband Gary, RIP Peter @paulajradcliffe @AthleticsWeekly @EnglandAthletic