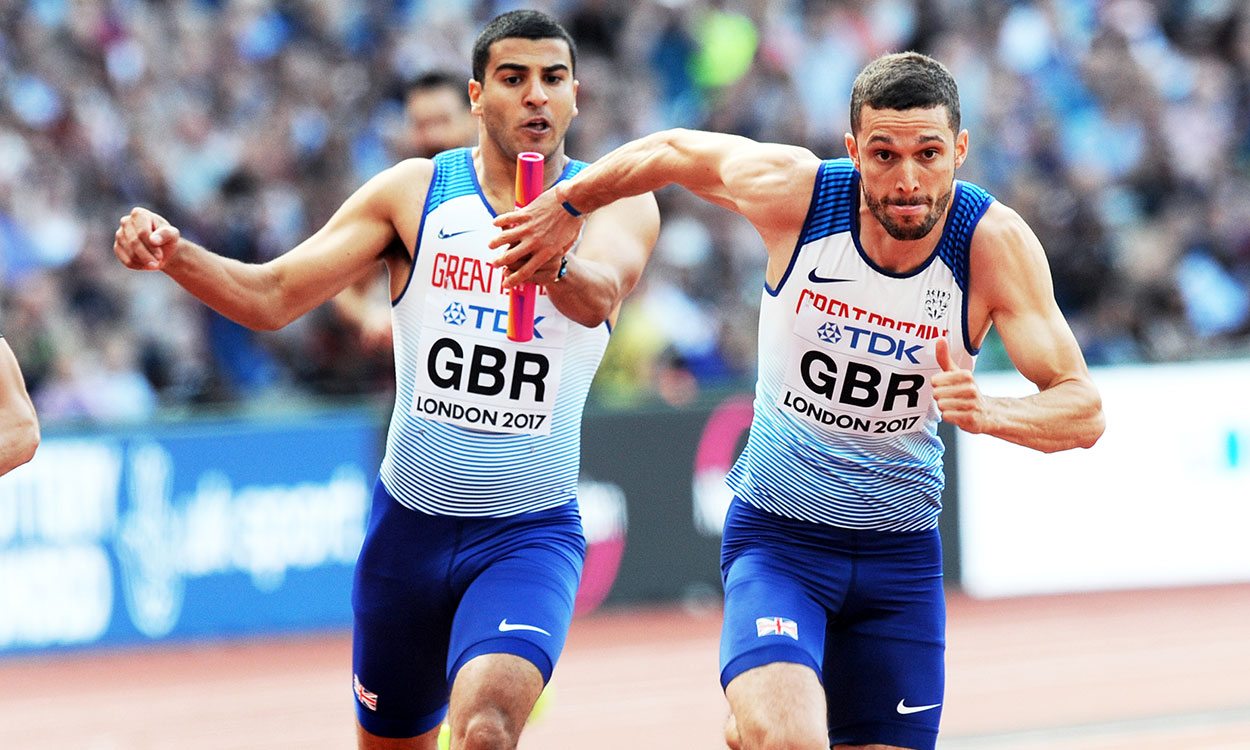 Danny Talbot is looking to harness the world-beating self-confidence he experienced as part of Great Britain’s 4x100m relay team and use it to deliver individual success in future.

The 26-year-old, who ran the third leg of the European record-breaking World Championships winning performance in London during the summer, found a level of certainty that meant he expected success when it came to the team event.

Now he wants to take that mental attitude into his own 200m event during a year in which there will be medal-winning opportunities at the Commonwealth Games in April and the European Championships in August.

Talbot experienced something of a rollercoaster at London 2017, breaking his 200m personal best by running 20.16 in the heats and holding his own against Wayde van Niekerk.

Disappointment then followed when he was knocked out in the semi-finals before, just a few days later, he combined with CJ Ujah, Adam Gemili and Nethaneel Mitchell-Blake to become a relay world champion.

“The relay was amazing but I’m an athlete who thinks my relay helps my 200m and my 200m helps my relay so now my aim is to be able to perform better at the championships in the 200m,” says Talbot, who is coached by Benke Blomkvist, one of the masterminds behind the relay win. “I did run a personal best so we did get the timing of our training right but I wasn’t able to repeat that performance when it came to the semi-finals.

“There was no doubt in mind we were going to win the relay and I had that feeling throughout every relay race we had that season. I went into that race believing I was going to be a world champion at the end of that, so I think I can take that into competitions and championships in future.” 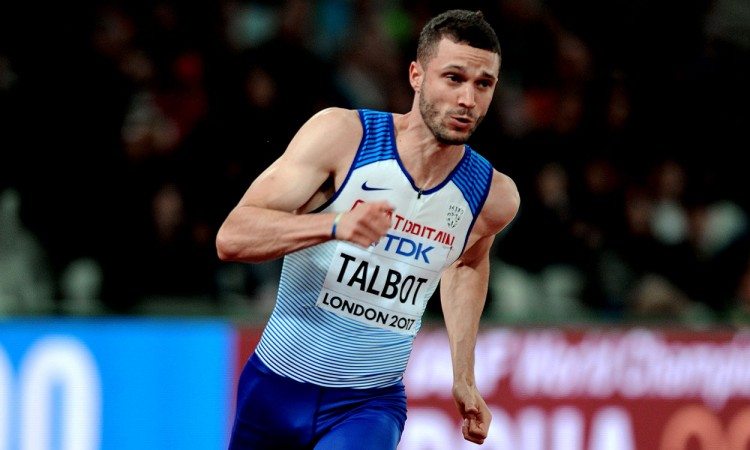 He adds: “I’ve been doing a lot of work with a sports psychologist Jen Savage and I want to make sure I can get to a championship individually and perform well.

“In terms of training, Benke is always trying to adapt things and make me better, so that I can replicate good performances and come away with medals.”

As for his fellow sprinters, Talbot insists now is the time for them all to add to their own personal honours lists.

“Individually I think we all need to step up,” he adds. “We’ve come very, very close to getting medals in the 200m, with Zharnel (Hughes), Adam and Nethaneel but I know those guys, myself and all the 100m guys, we want to step up and win global medals.

“For us the Commonwealth Games is a massive opportunity. Hopefully we can medal there individually, take confidence into the European Championships medals and build on that.

“We’ve shown we can beat the best as a team, but now we need to believe we can do it individually. I think, once we do that, we are potentially the best sprinting nation in the world.”

“Individually I think we all need to step up”

Talbot also harbours ambitions for further relay success and insists he and his British team-mates have room for improvement.

“It’s going to be pretty hard to top it,” he says of that memorable night at the London Stadium, where the British line-up clocked 37.47.

“However, I think we can run faster. If you were to look at it and really critique it then we’re capable of going faster. Other than CJ’s first leg, I think the other three of us have all run faster than our split times for the final so it shows that we can top it in terms of continuing to win gold medals. We can hopefully try to become Olympic champions. There are other teams who obviously want to beat us but if we continue to do what we do and try and improve ourselves then hopefully we can go faster.”

» Read the inside story of Great Britain’s relay gold medal success in the latest issue of Athletics Weekly, out now and available digitally here