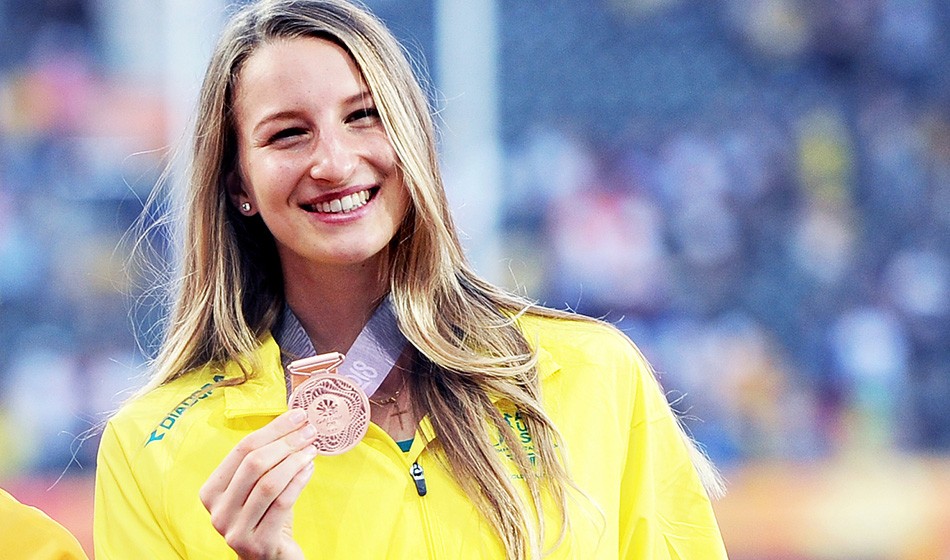 When Australian high jumper Nicola McDermott cleared 1.96m at the Canberra Track Classic in February, she thought she had secured the qualifying height for the 2020 Olympics. It represented a great achievement for the 2018 Commonwealth Games bronze medallist. Little did she know what was round the corner. So far, 2020 has turned out to be a challenging year with bush fires and the coronavirus hampering her training.

Here, McDermott talks about her own situation and current life in Australia.

“Australia is probably the most free place in the world right now but it’s changing and by the time you read this it might be different,” says the 23-year-old.

“At the moment universities are closed but schools are still open. We are allowed to travel but not to be in groups of more than five people.

“My track is closed, my work has stopped. Many people have lost their jobs, for example in the travel industry. At the moment pretty much nobody wants to leave home unless it is essential.”

(Note: As of April 1, the Australian government website announced that public gatherings, excluding household members, have been reduced to a maximum of two people.)

A different perspective – social distancing can be the time in your life to make huge decisions. Reflect and get things right, and be confident for who you’ll be for the future.

“Where I live is quite rural and I’m surrounded by beaches and we’re still allowed on them,” McDermott says. “You probably saw the TV pictures of Bondi Beach, so the beaches in Sydney are closed but not in rural areas.

“There aren’t enough people living in my area to fill the beach, so I am still able to train on my own because there’s nobody on the beach during the day if I choose the right part. We are encouraged to exercise so in any case I can say I am running on the beach to keep healthy and that is allowed.

“I do beach plyometrics and jump in the sand. I also do long beach runs barefoot, which activates all the small muscles in my feet and my feet get used to not wearing shoes all the time. There are steps next to the beach where I run and jump.

“Now that the tracks are closed, it is not possible for me to do any high jumping. I was preparing for the Australian Championships in May but now that they have been cancelled, there is no need for me to be jumping. There are no competitions in Australia in the near future and I’m not allowed to travel internationally, so I’m back into a block of strength training.

“Afterwards I go for a swim in the sea because I can – that’s my ice bath. I’m always pleased when I see dolphins because I know if there are dolphins there won’t be sharks! The dolphins are a welcome sight.”

“I live an hour and a half north of Sydney and in that area no homes were burnt,” she adds. “However, the smoke from the bush fires was quite extreme. Some mornings it was 30°C and the skies were red. On those days if I wanted to do a sprint session, I would drive up to an hour to find somewhere where the air was less polluted with smoke. But there were periods when day after day it was smoky and you couldn’t really do anything.

“The authorities were advising people not to do anything physical, but if you’re a professional athlete, not training isn’t really an option. So I was constantly adjusting my training sessions so that I was not breathing in as much and being careful of the way I breathed.

“Sometimes I could find an indoor location but I feel fortunate that I didn’t get the full exposure to it in the way some athletes did.”

“It’s a tough one but I think it’s the right decision, given the nature of the virus,” she says. “If the Olympics went ahead with so many people in one place, if someone had the virus it could quickly spread to every single athlete, who would then go home to spread it further.

“I was talking to my coach this week and saying if I have the World Indoors, the Olympics and the World Championships in 2021, that’s quite a year. I will need quite a big strength block! But I don’t control the schedule.

“I think it’s the perfect time for Christian Taylor’s Athletes Association to be around. The athletes need to have a say.

“If the World Championships are in 2022 then what about the Commonwealth Games? Do you have both in 2022 or postpone the Commonwealths to 2023? And does that mean that we postpone everything by a year? We also have to remember that the Olympics is not just athletics. There are all the others sports to consider.”

The difficulty of a Diamond League delay

“That would be tough (rescheduling any meetings for September or October) because the Australian season starts in January 2021 and because I want to be peaking for the Olympics, I would normally be training in October, November and December,” McDermott adds.

“There’s nothing like competing in a full stadium but then again would Diamond Leagues get full stadiums or would people still be fearful of the virus?”