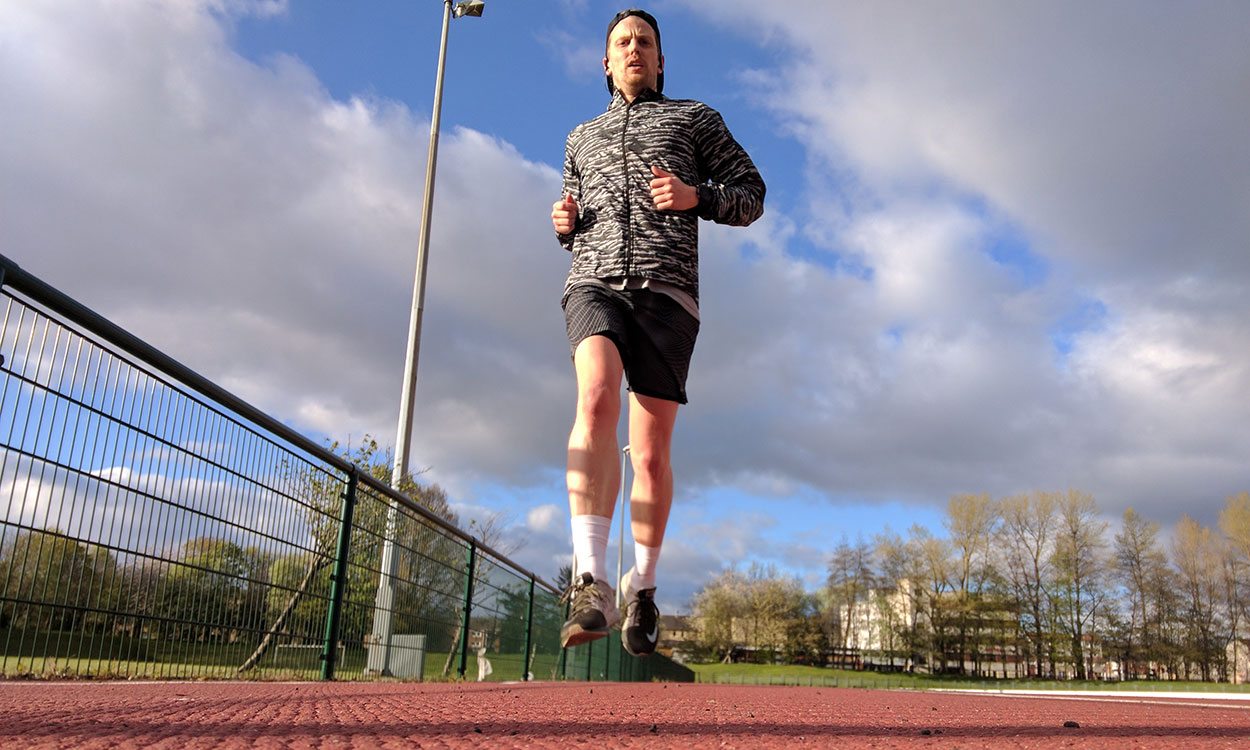 For a while, Colin McCourt had stopped even associating himself with running and athletics. He’d only talk about the subject if he was asked about it or if colleagues had stumbled upon the fact there was a former British international athlete in their midst.

The 32-year-old just didn’t feel like that person any more. Mentally he felt he had left the sport behind following his retirement while, physically, he had become significantly heavier than he was during his racing prime. He wasn’t a runner any more and, on the occasions when he did try and fit a few miles in again, it didn’t go well.

However, spurred into action by a wager, and through a careful training regime which brought gradual improvements, he started to feel very much like his old self again. Crucially, McCourt also began to find he could talk about running all day long, having fallen in love with the whole process again.

Those of you who are regular readers of Athletics Weekly will be aware of the bet which sparked this marked change in a man who once won the 1500m at the European Team Championships and has a PB of 3:37:06.

Seventeen of McCourt’s friends, including fellow GB internationals Ross Murray, Andrew Osagie and Andy Vernon, threw down the running gauntlet to him. They would each pay McCourt £100 if he could run 5km in under 16 minutes in 2017. If he failed to do so, however, he must tattoo all of their names on his body.

“All I think about is running and what I can do next,” says McCourt, who retired from elite athletics when he failed to qualify for the London Olympics five years ago. “I just wish I had more time for it. I get that I’m older and I obviously have to work but I just think ‘what if I had a year, with the mentality I’ve got now and the work ethic I’ve got now, which I didn’t have when I was younger?’.

“This will sound really philosophical but I didn’t have a sense of inner peace. I was very troubled as a young runner – not always feeling comfortable with where I was at, not being happy with the situations I was in or the coaches… just not feeling settled, always wanting something else and making some bad decisions.”

Now, though, McCourt is finding real contentment. He relocated from Bournemouth to the outskirts of Glasgow with his partner Rebecca and their young son. It’s clear he’s a happy man on lots of levels and the enthusiasm is palpable when the subject turns to his training progress.

“I don’t know what other 32-year-old runners feel like but my body still feels like it did just before I finished running,” he adds. “I can push hard and I’m controlled when I’m doing it. It’s not like I’m straining or that I’m dying – I can feel my body recovering and I’m moving forward constantly, when I was expecting to feel that I wouldn’t. I was expecting to get to a certain pace and get stuck there and not move forward.”

Good afternoon everyone. Tag someone that needs the motivation? Here is a little Running montage of the last 10 months Life is so much better with a montage. I am sure rocky said that! If you look closely you can actually see that I get quicker towards the end and even have my top off! 😂🤣😂 I hope you all enjoy it. Let me know what you think of it!

All sorts of past experiences and demons began to make their presence felt when, more by accident than design, he returned to the track but, when he began to run…

“I didn’t realise how much I loved running on the track and running like that,” says McCourt. “I stepped on, I did my first mile tempo and it hadn’t really hit me then but then I did my first 400, and I thought ‘this is going to be awful – doing 400 on this is just silly’.

“But I did it (in 70 seconds) and felt relaxed and in control. I thought ‘jeez, maybe I’ve still got it’. Then I did another eight of them in 70, off a minute. Then I started thinking ‘if I’d had racing flats on or actually thought about this it might have been a bit better’ but I was really pleased with the way it went. I just think it’s because I did it without thinking. If I’d thought about it all day I probably would have talked myself out of it and just gone and done something elsewhere.

It’s those kinds of sessions which got McCourt thinking about the future and events beyond the track.

“I’ve just started getting really, really intrigued by the marathon distance, as well as the half-marathon and 10ks,” he says. “Because I used to run 800s and 1500s I never ever thought I’d be the kind of person who was interested in doing any of that stuff because I hated doing long runs.

“But now I’m starting to enjoy it. And I watch a lot of ultra marathon stuff, too. It’s not that that’s what I want to do at all but I’m interested in their thought processes and the way they think about how to go about these 100-mile races.

“I’ve been watching a few of the American ones on YouTube and they are quite interesting and thought-provoking. They’re doing it for the love of it, really.”

The same can now safely be said when it comes to McCourt’s motivation, too.