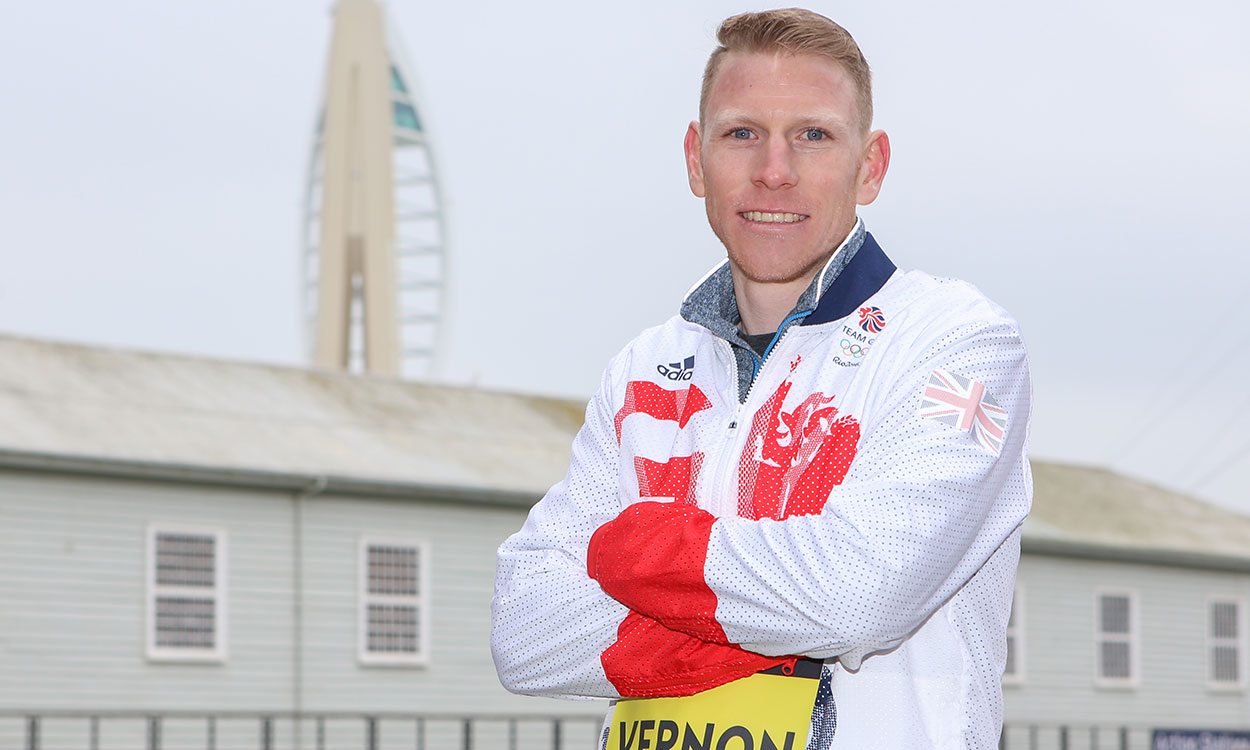 Andy Vernon has set his sights on a spring half-marathon rather than the indoor season as he considers making his marathon debut next year.

The Rio 10,000m Olympian is targeting either the Vitality Reading Half Marathon or United Airlines NYC Half 2017 on March 19 as the next step on his journey towards 26.2 miles.

An autumn marathon in 2018 is currently the plan, with a view to targeting the event at the 2019 IAAF World Championships. But first Vernon, who has a half-marathon PB of 62:46, is hoping to turn some heads with a target of around 61:00 when he takes to the roads in six weeks’ time.

“My aim this year is the 10,000m,” he confirms. “The half-marathon is just a stepping stone towards the future, I suppose.”

Having battled back from injury to make last summer’s Rio Olympics, Vernon was disappointed with his 25th-place finish, but given what he had been through just making it to the Games was an accomplishment in itself.

“Last year was actually quite a difficult year for me,” says Vernon, who suffered from Achilles tendinopathy and then a patellar tendinopathy. “I wasn’t running that much at all. I found out when I got to the 10km Olympic trial in May that you can do all the cross training you want but if you haven’t got the running in your legs, you do fall apart.

“Going into the Olympics, I think I worked out that from September to August I averaged 25 miles a week which is nowhere near what it should be,” he adds. “I did a lot more cross training around that as well but there were so many weeks where I did zero running and it adds up.”

His result in Rio has made him even more motivated for the next Olympic cycle.

“One of the reasons that I really want to go to 2020 now is because I just don’t think I did the Olympic Games justice,” says the Nic Bideau-coached athlete.

“I didn’t run very well but since the Olympics I’ve been on the up,” adds Vernon, who won the Great Birmingham Run half-marathon in October before placing second in the 10-mile Great South Run later that month. Although he would like to compete on the track at the London 2017 IAAF World Championships and Gold Coast 2018 Commonwealth Games, Fareham-born Vernon has his eye on a return to the Simplyhealth Great South Run in Portsmouth this October as he seeks an elusive first victory at his local Great Run event.

“I’ve been getting fitter every week,” he says. “I hope that I can continue forward.”

» Andy Vernon was talking at the launch of the 2017 Simplyhealth Great South Run for which entry is open at greatrun.org/south