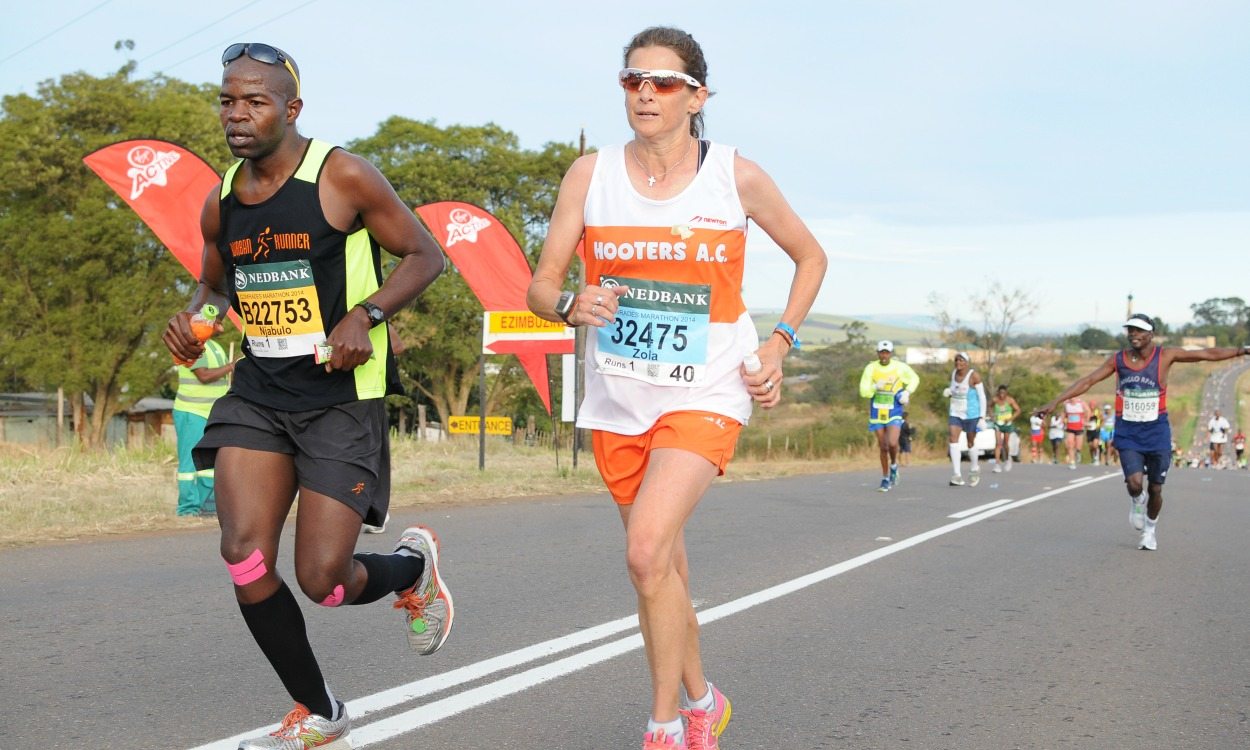 Zola Budd, one of the most recognisable names in Olympic history, is to run the Stirling Scottish Marathon in May 2017.

She will be joined by Scotland’s greatest-ever distance runner Liz McColgan, who was recently announced as an ambassador for the Great Run British Marathon Series, for the 26.2-mile event in the heart of Scotland.

However, she is most remembered in Britain for the 1984 Olympic 3000m final in Los Angeles, in which American world champion Mary Decker tripped and fell after coming into contact with one of Budd’s legs. Although Budd was blameless, it was a story that occupied the headlines.

The story has been retold in a documentary called The Fall, which will be aired on July 29, in which Budd and Decker are reunited to share their experiences of that day.

Budd competed for Great Britain in that 1984 Olympics and went on to represent her home nation South Africa in the 1992 Games. Her career highlights also include winning the World Cross Country Championships in 1985 and 1986.

After retiring from international competition, Budd has competed in marathons and also the 56-mile Comrades ultra marathon on two occasions.

Of her participation in Stirling, Budd, who now lives in the USA, said: “Having heard about the event, I immediately accepted the invitation. I love distance running and this will be a new challenge.

“I have heard great things about Scotland and the route sounds both unusual and interesting. It will be quite an experience to start in a safari park.”

Organised by the Great Run Company – the market leaders in the staging of world-class, mass participation events in the UK – the Stirling Scottish Marathon will be the first event to be staged in the newly-formed Great Run British Marathon Series.

The event, supported by Stirling Council, Stirling University and Scottish Athletics, will start west of the city at Blair Drummond Safari Park, with giraffes and elephants looking on. The route incorporates the breathtaking Stirlingshire countryside and historic landmarks including Doune Castle and Bridge of Allan, before finishing beneath the imposing ramparts of Stirling Castle.

The predominantly flat course will be suitable for athletes of all abilities from elite runners to first time joggers.

Meanwhile, Scottish runners who no longer live in the country will be encouraged to take part in the marathon in the #ComeHomeToRun initiative, with the inaugural event already proving to be a popular attraction.

The Stirling Scottish Marathon on May 21, 2017, will be followed by the Birmingham International Marathon which will be staged on October 15, 2017, with a third marathon in the series set to be unveiled in the near future.

Entries for the Stirling Scottish Marathon are now open, while a reminder service is in operation for the Birmingham International Marathon. For more details visit www.greatrun.org.