Zane Robertson looking to challenge Bekele and Kipsang in Manchester 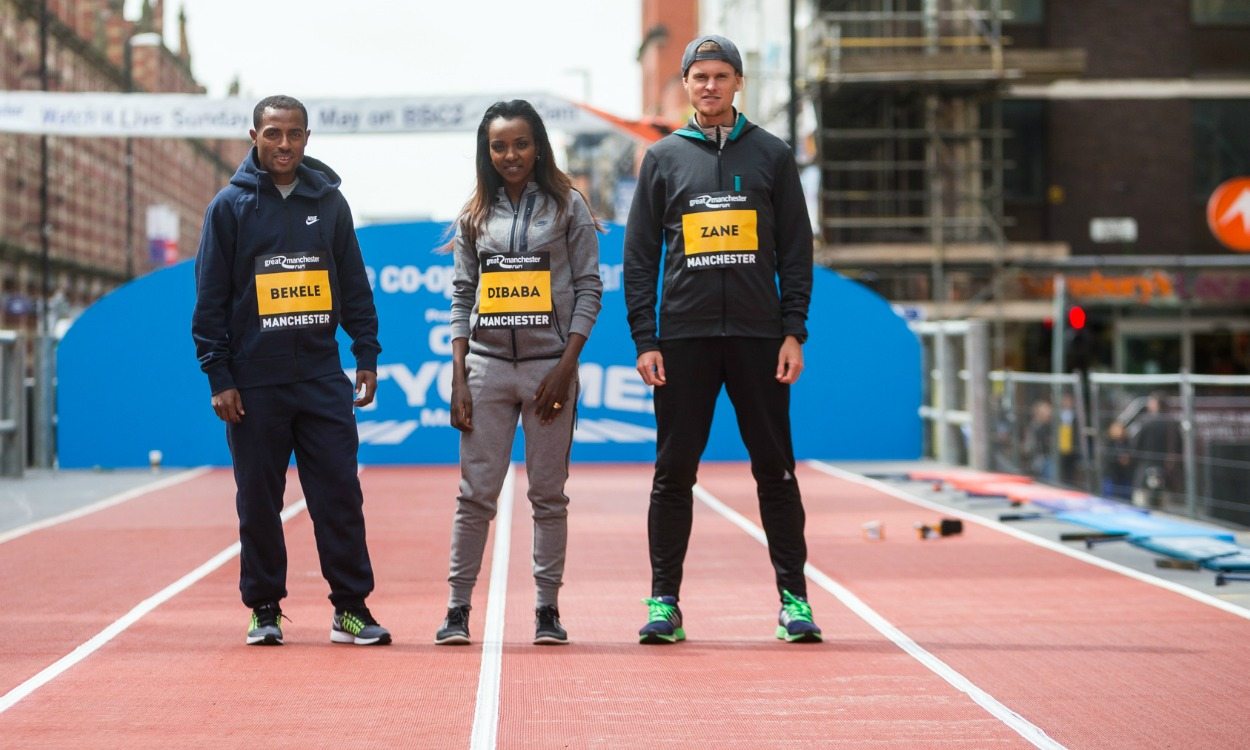 The New Zealand runner makes his debut in the 10km road race in Manchester where he will challenge Kenenisa Bekele and Wilson Kipsang for the honours.

Both Bekele and Kipsang have experience of the IAAF Gold Label event, which is the biggest 10km in Europe, but Robertson, who jointly holds the national record over the distance with 28:04, is confident he can give them a run for their money.

“I love my chances,” said Robertson, whose dyed black hair has earned him the nickname of the Running Elvis. “If you don’t back yourself no-one else will.

“I’m not a second pack runner. I’ll go out and give it my best on Sunday and definitely try to win. If I fall short of that at least I tried.”

Robertson moved to Iten, Kenya, with twin brother Jake when they were 17 in a bid to further their running careers, and the athlete splits his time between Iten and the Ethiopian capital of Addis Ababa. He feels the two countries complement each other in terms of his preparation for races.

“I need both environments,” said Robertson, now 26. “I love Kenya for getting myself in shape, I can train alone or with my brother and get back to my roots.

“Once I’m in really good shape I’ve found that to push with the group in Ethiopia, there’s no group stronger than that. It’s such a good programme with guidance from the coach, and everything is a lot more formal.

“I can push for about a month and I can be ready for everything as long as I come with a good base behind me. It’s hard to get that base in Ethiopia because I don’t have a car, I rely on my team transport and my team to get me around.

“In Kenya you can do that all from your front door – so both countries work with each other.”

Robertson trains with Kipsang while in Kenya, with the two sharing a common love of one football team – Manchester United.

With the pair preparing for the race on Sunday, they could not resist getting a training run in around Old Trafford – but if the Red Devils win their FA Cup final against Crystal Palace on Saturday, the celebrations in the Robertson and Kipsang group will have to be on hold.

“We ran past Old Trafford this morning, we saluted Sir Alex Ferguson as we ran past, wishing them good luck for the cup final,” said Robertson. “We’ll celebrate on Sunday night if they win, we’ll hold the celebrations until then.

On Kipsang’s chances, he added: “Wilson’s coming off the London Marathon where it was a bit disappointing for him, so I know he’s really motivated for this race as it’s the last one for this part of the year.

“With the names around, he definitely wants to take it out again and be the winner. It comes down to who is the hungriest on the day, who has a good race and how the body holds up.”

Robertson is no stranger to Manchester, having spent a month in the North-West with Leigh Harriers in 2008 to get some road running experience, and is under no illusions as to the climate.

“Pete Riley kindly suggested that I came here and raced with them in some relays,” explained Robertson. “I stayed a month. So I know about the climate. It’s freezing cold. This time it’s not so bad, although still cold from the conditions I’m used to.”