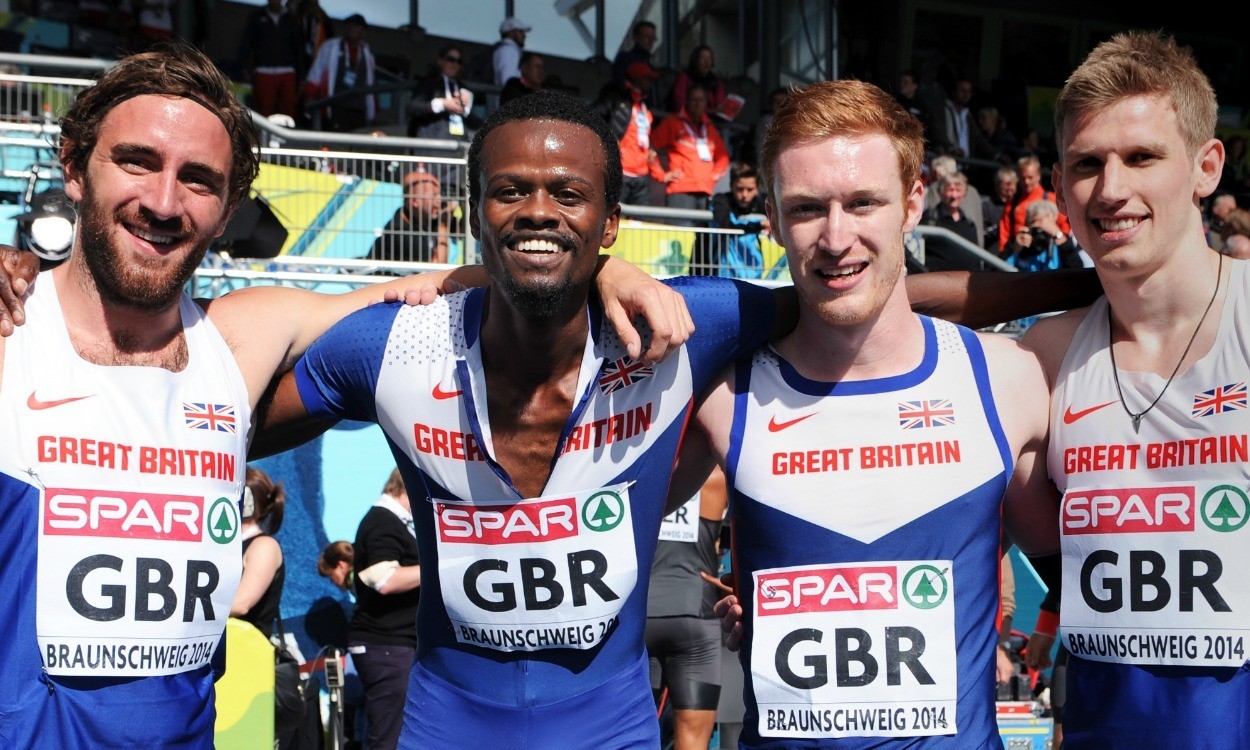 The British Athletics League premiership table was shaken up on Saturday as former champions Newham & Essex Beagles, who had been languishing near the bottom, turned out in force to secure a narrow win from Sale Harriers City of Manchester.

At Allianz Park, a venue where eight of the field events were held outside of the main arena as the stadium is now primarily the home of Saracens Rugby Club, only the track races and high jump remained within.

Newham were helped on their way by an outright 400m league record from Rabah Yousif and five other “A” string victories. The former Sudanese international, who made his GB team debut at the European Team Championships last month, was absolutely delighted with his 45.41 timing that took 0.35 from Conrad Williams’ 2010 previous league best.

The time is the fastest seen in the UK this year and took the 27-year-old (pictured above second from left in Braunschweig) to third on the UK rankings for 2014 behind Martyn Rooney and Michael Bingham. The mark is also inside the 45.70 European Championships qualifying standard.

Hosts Shaftesbury, who led going into the match, slipped to sixth on the day, while Cardiff barely mustered a quorum, with no competitors at all in the three track hurdles and barrier events.