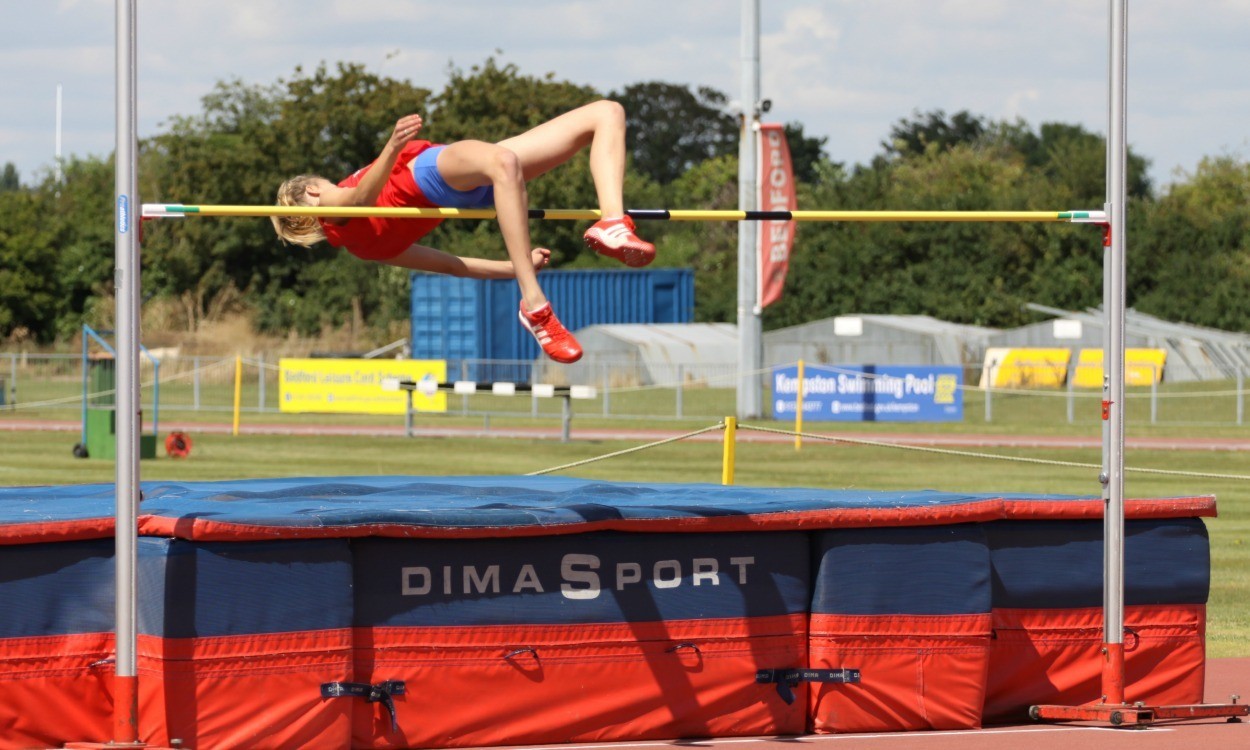 Niamh Emerson is making her mark as a young combined eventer

Talented all-rounder Niamh Emerson followed in the footsteps of Jessica Ennis-Hill, Katarina Johnson-Thompson and Morgan Lake by representing GB Juniors in January’s annual combined events indoor international while still being an under-17. She finished third in France with an under-20 pentathlon PB of 3678 points.

The 15-year-old broke through last summer when placing third in the England Athletics Under-17 Combined Events Championships and with a heptathlon score of 4921 points went to eighth on the UK age group all-time list.

The Amber Valley athlete finished fourth at the English Schools Combined Events in September, a performance that earned her England selection for the SIAB Schools’ International in Glasgow in December.

Disappointed with her fifth place there, the teenager asked her coach David Feeney (himself a former GB multi-eventer) whether she could do the England Athletics under-20 competition for experience last month in Sheffield.

“Two weeks prior to the event I started practising under-20 hurdles and 4kg shot. I was buzzing to finish second,” she said. “I am so excited to be representing my country. I never believed it would come at 15, but it has always been my dream.

“This year my main aim is to try and qualify for the World Youth Championships in Colombia and the Commonwealth Youths in Samoa. I would also love to win English Schools.”

Niamh comes from an 800m background and won the England Athletics under-15 indoor title in 2013 as well as claiming silver in the outdoor equivalent. That year also saw her earn her first England selection for the SIAB Schools’ International, after finishing fourth in the English Schools’ pentathlon. 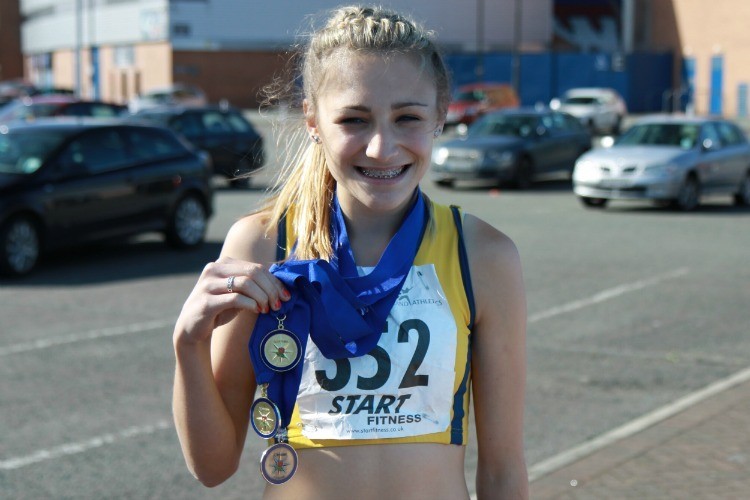 Coaching Niamh is a family affair for the Feeneys, as David’s dad Jim coaches Niamh for 800m, while his mum Julie coaches her for 300m hurdles, an event which saw her claim silver in the England Athletics under-17 Championships with a PB of 44.08 and win the Northern title last year.

Add to that the fact that Niamh broke a 20-year-old high jump record when clearing 1.76m at the Inter County Schools’ match and qualifying for English Schools in seven different events and it is clear she has immense talent.

Julie, who is also the club’s secretary, explains: “Niamh is only the third athlete from our small club to wear a GB vest, after David and Jessica Turner who went to European and World Junior Championships for 400m hurdles. We are very proud of her.”

Niamh is full of praise for her coaching team, saying: “I have a really nice training group and we get on really well. It’s very much team Feeney, but it is great having David to look up to, as he is able to demonstrate what he is trying to tell me and he is really positive and encouraging.

“I have also recently started being coached by Jayne Nisbet for high jump at Loughborough on Sunday and this has been going really well,” she adds.

Niamh started athletics aged eight, after doing well in a primary schools’ cross country race. She is also a good example of a young athlete for whom the benefits of providing a multi-event approach to training have paid off.

“The best thing about Amber Valley was that although at that time it appeared I had a talent for endurance, Julie and Jim always encouraged me to run, jump and throw, which I am so grateful for,” she explains.

You can find further performance stats on Niamh on Power of 10 here.