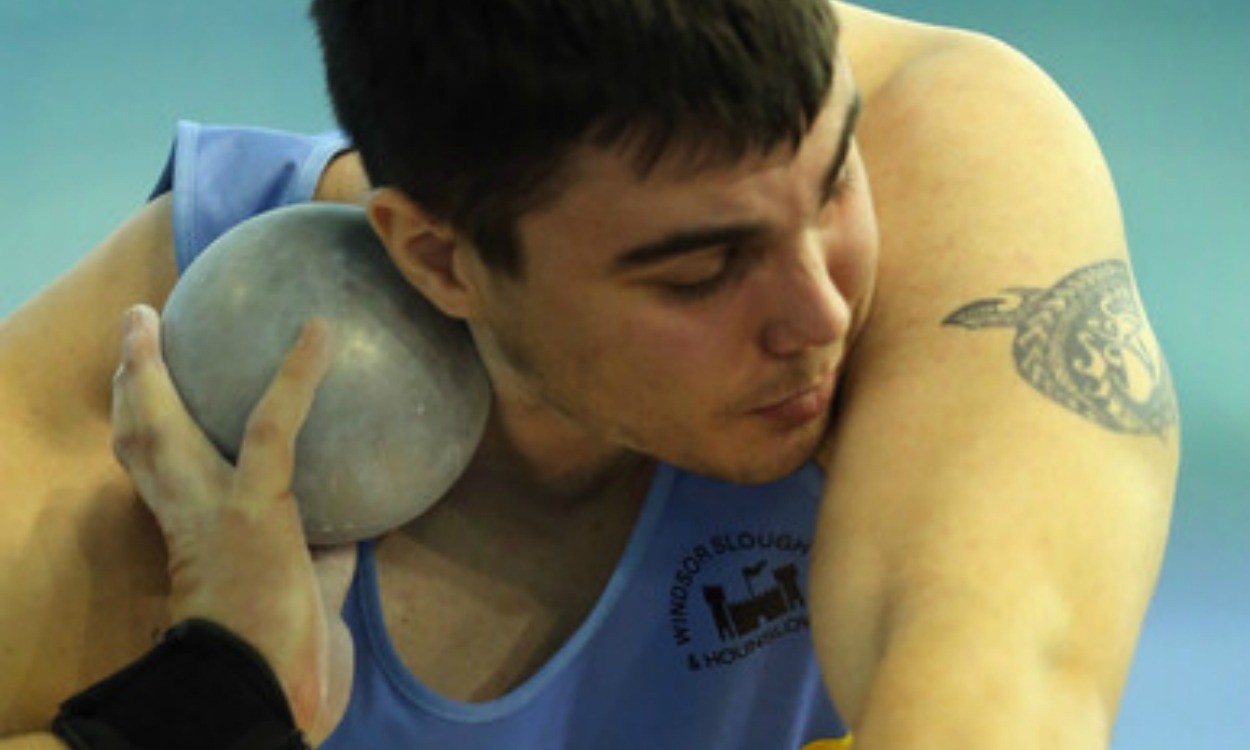 No stranger to power-based sports, Joey Watson is making his mark now he is concentrating on the shot put

Talented all-round sportsman Joey Watson has achieved a lot in the throws despite only starting to take athletics seriously in 2012.

In addition to athletics, the 18-year-old previously did rugby, football, table tennis, wrestling and power lifting to a high level, but with all of his attention now channelled into throwing, the Mike Winch-coached athlete has high hopes for this year.

Having placed second in the shot at the English Schools as both an intermediate and senior boy in 2012 and 2013 respectively, the Windsor, Slough, Eton & Hounslow athlete had his first taste of international competition when he threw for England Schools in the SIAB Schools International in 2012. However, his proudest moment that year came at the UK School Games when he placed third in the Olympic Stadium.

“I was pleased to be chosen to represent my region. My PB was 14.03m, but I had struggled for months to get anywhere near that. I threw 14.43m in the competition and won the bronze medal. It was at that point that I decided to take on athletics as my main sport,” he explains.

Now fully committed to athletics, Joey wants to gain another international vest this year, with the ultimate aim being selection for the World Juniors in Eugene.

Having already set PBs of 17.40m with the 6kg shot and 45.33m with the 1.75kg discus in 2014, the ambitious athlete is improving quickly but knows that the qualifying marks for Eugene will be a tall order.

However, having claimed another silver indoors this year at the England Athletics under-20 championships, top of the list for Joey is to win a national title.

“I’ve been to six national championships and won three bronzes and three silvers, with a PB at each. However, I have never won a gold, so I’d like to win English Schools in my last year this year,” reveals Joey.

The teenager used to wrestle internationally and came second at the British championships when he was 11. He also played rugby but gave it up as he was getting injured despite moving out to the wing.

He has recently started powerlifting to complement his throwing. However, it was when in year 7 at RGS in High Wycombe, that he first tried shot.

Joey reflects: “I was a better long jumper than anything else at the time, but I did it and won the competition with a standing throw of 8.43m. I just got hooked from then on.”

Studying for a BTEC in sport coaching and AS maths at Farnham College, Joey is inspired by world-class gliders David Storl and Tomasz Majewski. He is also full of praise for his coach.

“Mike is a huge character in the sport and it’s amazing to be coached by someone who has won Commonwealth medals and been to the Olympics. Judy Oakes is often around at training too and she has achieved so much in the sport. My training group is very high-quality with three other international shot putters,” says Joey.

So far, the move to concentrating on throwing is paying off. So much so, that Joey says: “My only regret is that I didn’t start taking athletics seriously earlier.”

You can find further performance stats on Joey on Power of 10 here.