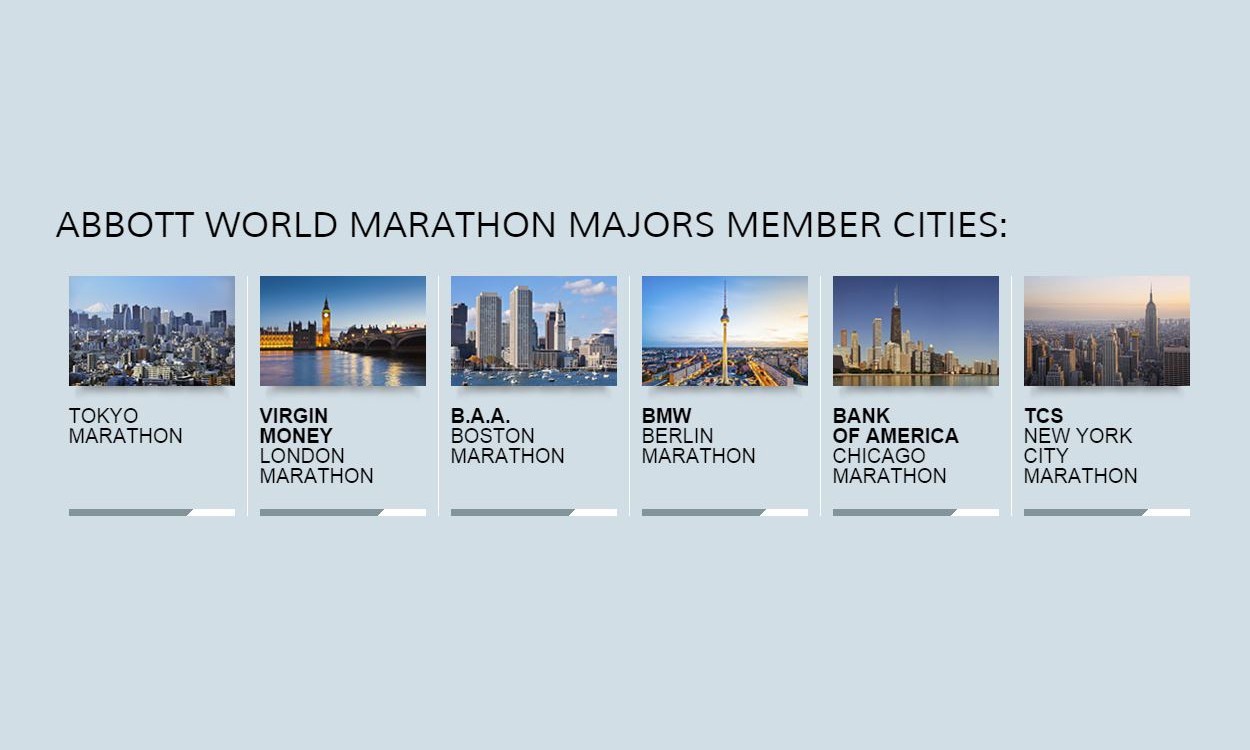 Abbott World Marathon Majors (AWMM) organisers have released details of a new race series format which will launch at the Tokyo Marathon.

The Tokyo event marks the official start of Abbott’s title sponsorship of the series and will see the introduction of a new one-year cycle of qualifying races featuring what AWMM describes as “unprecedented anti-doping protocols”.

The series, which includes the Tokyo, Boston, Virgin Money London, BMW Berlin, Bank of America Chicago and TCS New York City Marathons, already had a policy which meant that no athlete who had been found guilty of any anti-doping rules enforced by the International Association of Athletics Federations (IAAF), World Anti-Doping Agency (WADA), national federations, or any of the individual AWMM races would be eligible to win the AWMM championship title.

The anti-doping efforts of the series have been stepped up for 2015 as, together with the IAAF, the AWMM is to create a pool of championship-eligible runners who will undergo additional out-of-competition drug testing. Further details on the elite athlete testing pool were released on March 18 and can be found here.

Prize money payments also will be adjusted to take advantage of long-term biological mapping of athletes, so the $500,000 prize awarded each to the male champion and female champion will no longer be made in one lump-sum payment but paid out over the course of five years, at $100,000 each year.

The new series format also features a rotating start and finish at each of the six annual series races, so the 2015/16 series begins at Sunday’s Tokyo Marathon and ends upon completion of the February 2016 Tokyo Marathon. The next series will begin at the April 2016 Boston Marathon and end upon completion of the April 2017 Boston Marathon. Each subsequent series will begin and end at the next AWMM series race on the calendar, while the Olympic marathon and IAAF World Championships marathon will also serve as qualifying races and be included in the race schedule in the years they are held, but will not begin or end a series.

Athletes win the AWMM series by being the male or female runner to have scored the greatest number of points from qualifying races during the one-year scoring period. During each scoring period, points from a maximum of two qualifying races will be accepted, with 25 points scored for a race win, 16 points scored for a second place finish, nine points for third, four points for fourth and one point for fifth.

“With a new title sponsor, a new series format and an increase in our anti-doping efforts, the Abbott World Marathon Majors begins a new era in marathon history,” said Carey Pinkowski, executive race director of the Bank of America Chicago Marathon.

“The integrity of the Abbott World Marathon Majors championship title is our top priority, as our champions represent the hundreds of thousands of runners from around the world who participate in our races annually.”

“I am truly honored to be able to run the Tokyo Marathon again,” said Kiprotich. “I regret that I finished in third place in Tokyo in 2012, but later that year I could turn that defeat into a great victory at the London Olympic Games. This time, here in Tokyo, I’m determined to do my best, so that I could turn my bitter memory into a wonderful one.”