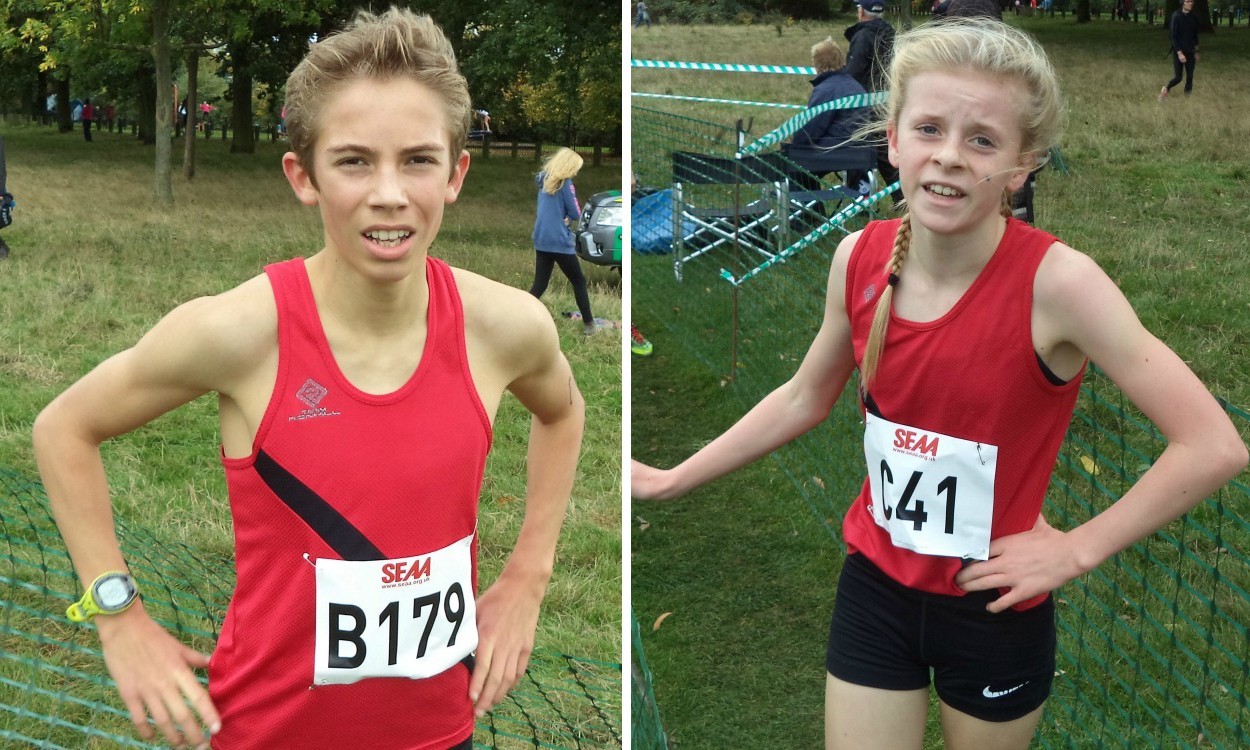 Grace Copeland surprised many by winning the English National under-13 title earlier this year and since then another Wimborne youngster has come out on top as Tom Bourne was fastest in the Southern under-13 road relays.

So why has the club suddenly produced two top-class young runners? Well, they have both been running for five or six years. Grace started in her primary school’s annual cross-county race and then joined Wimborne AC at the age of eight. Bourne started running early in the mornings with his father for fun along the River Stour before starting in races at the age of 10.

Both have also benefitted from attending Bournemouth Collegiate School where Bernie Shrosbree is the director of performance.

Athletics Weekly: You were National under-13 champion last winter. What has brought on the improvement?
Grace Copeland: I think the main reason for my improvement was the change in the training sessions when Bob Smith (former sub-15-minute Windsor 5000m runner) joined Ian Kennedy on the coaching staff at Wimborne. As an example, in the track sessions, we now have time targets for each interval. I believe it is based on the five-paced system or the Daniels’ Running Formula but I don’t know the details.

AW: Your school seems to be an important link in the running of yourself and Tom Bourne. Any reason for that?
GC: I was fortunate enough to get a scholarship at Bournemouth Collegiate. The school has fantastic facilities so that I can swim twice a week before the start of lessons, which helps my running. I also use the gym regularly for my core strength. Bernie is very
supportive. As Tom is much faster than me, we don’t train together and, at the Wimborne AC sessions, we are in different groups. Bob is quite strict with me concerning the pace of all my runs.

AW: What are your aims this winter and then as you move up the age groups?
GC: As I am the bottom of the age group for cross-country, I am using this year to develop my endurance base so I can have a good track season in 2015. The short-term objective is to perform well at the English Schools Cross Country in March when I hope to qualify for the England team in the SIAB International Cross Country race. In the National Cross Country, I am hoping to make the top ten. My long term aim is to continue enjoying the sport. Anything else is a bonus.

AW: Obviously Wimborne is a small club. What do you think of them?
GC: Unfortunately, Wimborne AC does not have its own athletics track but we are able to use the grass track at Canford School in the summer and the army synthetic track, at Blandford, all year round but only once a week. Ian Kennedy makes sure that every session is as enjoyable as possible and there is very much a family atmosphere. As the club is small everyone knows each other and is very friendly. Without the support from the club, my parents and my friends, I doubt that I would get so much out of the sport.

AW: Your best run was the National this year. What did you think of that race?
GC: It was a very strange race as I did not expect to win it and had just targeted being in the top three. The course at Nottingham suited me, but when I was trying to catch Alex Brown in the last 100m, I thought the gap was too great and even when I crossed the line, I still thought that Alex had won. I was totally shocked when they told me I had crossed the line first.

AW: Did your parents used to compete?
GC: I come from a running family. My brother regularly competes for Wimborne and Dorset. My dad ran at school and then gave up the sport, but he started running again to support my brother Piers and myself. He often joins me in track sessions as our times are quite similar. My mum runs regularly but only rarely competitively.

AW: What about the other athletes in your age group?
GC: Last year, the under-13 girls was very competitive over the country, which was really great. When I was against Alex Brown, Josie Czura, Almi Nerurkar or Kathleen Faes, anyone could win on the day. After I beat Alex at the National, I was very pleased she won the Inter-Counties.

AW: And on the track?
GC: After winning the National, we decided to concentrate on developing my speed and I was delighted to make the final of the English Schools 800m and get a time of 2:13.9. I hope to get close to 2:10 this year. I was really lucky to race against Jessica Judd at a BMC race. I have always admired Jessica and to be in the same race was a fantastic experience.

Athletics Weekly: You seem to be one of the best in the age group in the south at the moment. What has brought on the improvement?
Tom Bourne: My improvement has been brought on by a training plan that I have been refining for the last two years. This consists
of endurance runs, speed and strength work, form and core. I have also gained experience from competing in major races.

AW: What are your aims this winter and then as you move up the age groups?
TB: My cross-country main aims are: top five in National, Inter-counties and London mini-marathon. Eventually I would like to compete for my country as a senior athlete.

AW: What’s Wimborne AC like?
TB: They are great because they are such a small club that they have time to work on you as an individual. The atmosphere is friendly, but they expect everyone to work hard and, in return, help them achieve their goals.

AW: How did you feel about that run at the Southern Relays?
TB: I thought that I had a very strong race. I started off running comfortably and then gradually increased my pace. It was great running in a position where I had to chase the opposition down.

AW: Then you confirmed it by winning the Hampshire League where you beat Zak Mahamed and Chey Kemp, who used to beat you. How was that run?
TB: I stayed with Zak and Chey for the first lap and then broke away on the hill. The course was long so it suited me perfectly.

AW: Did your parents used to compete?
TB: My father ran for Lincolnshire as a sprinter and competed at English Schools in the 100m.

AW: And how are things going now?
TB: I am really enjoying my running at the moment and can’t wait to really get into the cross-country season.

You can find further performance stats on Grace on Power of 10 here and Tom here.