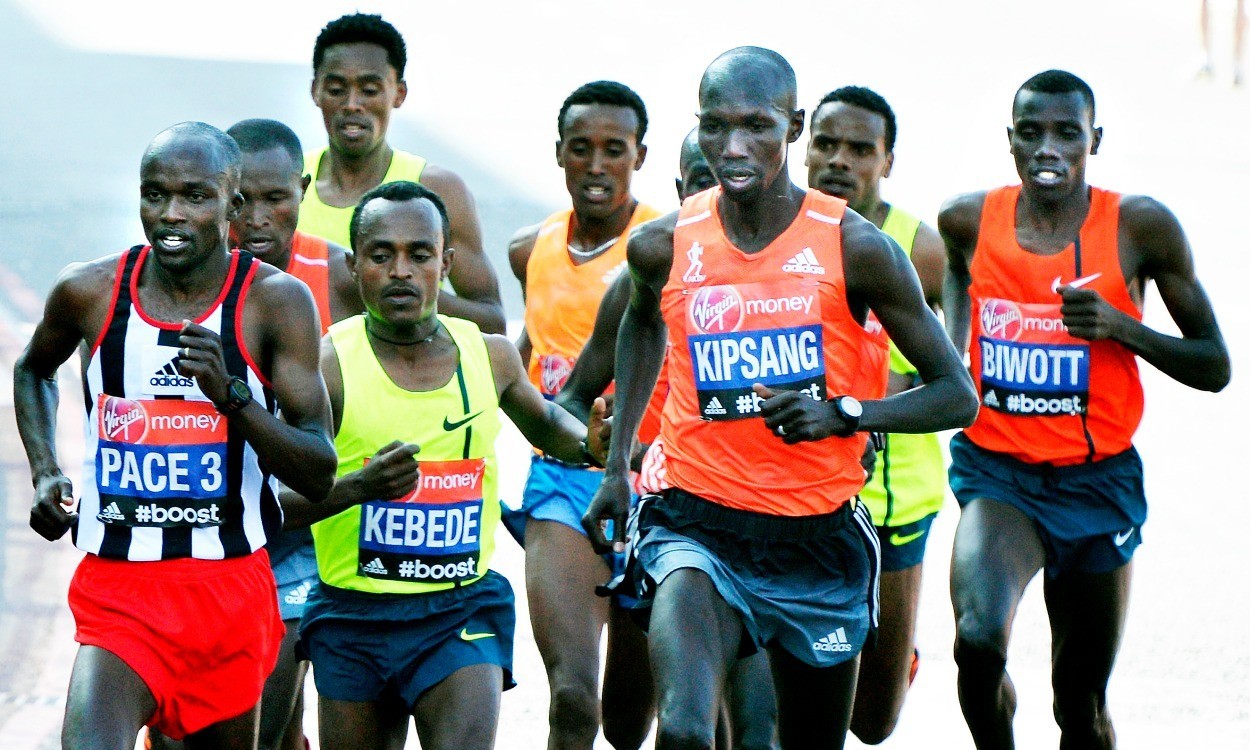 Although this year’s Virgin Money London Marathon has been billed as a head-to-head between former world record-holder Wilson Kipsang and the man who erased his name from the record books, Dennis Kimetto, Kipsang believes that there are many challengers for the 2015 title.

The elite men’s field, released by organisers on Thursday, includes ten sub-2:06 runners and, although Kimetto and Kipsang are currently the first and third quickest of that field respectively, 2013-2014 World Marathon Majors champion Kipsang says it’s not as simple as winning a battle between himself and his fellow world record-breaking Kenyan.

“I think the race should not be about Kipsang and Kimetto because we have other strong guys who have the potential to beat any of us,” he said.

“We might be surprised to see another runner at the finish line (winning). Each marathon differs and one runner could be strong in one race and then beaten in the next.”

Kipsang clocked his 26.2-mile best of 2:03:23 when breaking the world record in Berlin in 2013 before Kimetto became the first to go sub-2:03 for the distance with 2:02:57 at the same event a year later. Finishing as runner-up to Kimetto in Berlin in 2014, fellow Kenyan Emmanuel Mutai ran 2:03:13 to also beat the previous world record and is among the athletes Kipsang believes will pose a threat in London.

“I think the biggest challenge will come from guys like Eliud Kipchoge, who is also very strong, Emmanuel Mutai, even (Kenenisa) Bekele will give a good challenge and Stanley Biwott – we saw last year what he did.”

Kipsang, who set a course record when winning the 2014 event and would become only the fourth man to win a hat-trick of titles should he secure victory in 2015, added: “(Being defending champion) gives me a bit of pressure but it gives me a motivation also on my part to try to defend the title, to try to go for a course record again and a fast time. I have to work extra hard to win it again.”

On the topic of fast times, Kipsang said: “London is a very nice course. If the weather is okay, the guys are really ready to go for a fast time, I think it (the world record) is possible on that course.”

» The elite men’s line-up can be found listed here