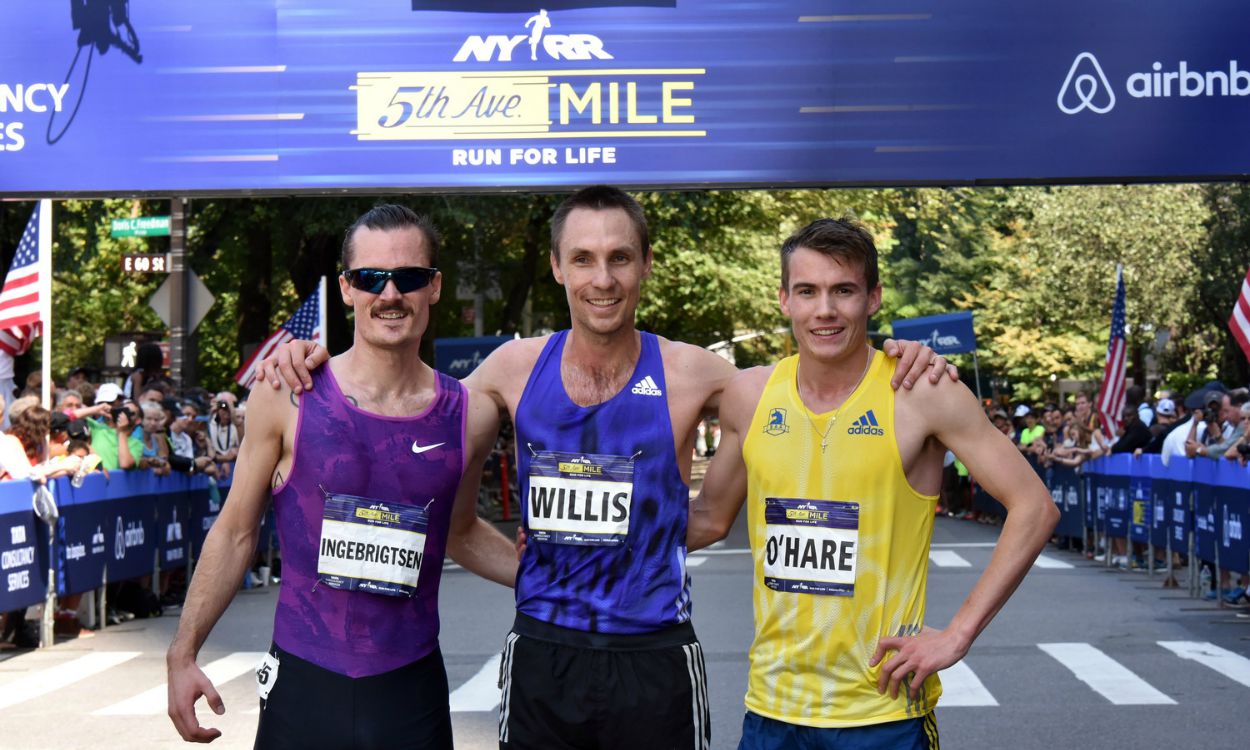 Some of the highlights from the past week including at the NYRR 5th Avenue Mile, World 100km Championships and the World Masters Mountain Running Championships

The Morrisons Great North Run, Great North CityGames and the Brussels Diamond League might have dominated the weekend but there was plenty of other top class action.

“The race style that works for me is to start off at an easy pace and work my legs into it and then wind it up,” said Willis. “On the road, there are no turns to get boxed in on and you don’t have to run the extra distance to get around people on the final sprint.”

Jenny Simpson won her fifth women’s title in 4:29.0 over two-time champion Shannon Rowbury, who ran a time of 4:29.3. Susan Kuijken of the Netherlands placed third in 4:29.9.

There was a runaway Kenyan top two as Morris Gachaga won in a course record 61:32 from Christopher Cheruiyot with 61:42. Phil Wicks was a distant third in 65:56.

Jonas Buud of Sweden won the men’s race comfortably in a time of 6:22:44, having been the only runner capable of churning out sub-40 10kms well into the 60th mile.

Spain’s Asier Cuevas was second in 6:35:49 and Italy’s Giorgio Calcaterra was third in 6:36:49, with the top three also taking the European titles.

Britain’s Joasia Zakrzewski was fifth overall in 7:31:33 – an almost 10-minute PB – and she claimed European bronze behind Berg and Vrajic.

Karl Gray enjoyed an excellent battle with Martin Cox in the V45 category, with less than 10 seconds separating the pair at the halfway stage. But it was Gray who produced the stronger second half of the race to take the victory in 43:56.

In the combined women’s V35 and V40 race, Anna Lupton was 17 seconds ahead of Helen Berry at the 5.6km marker and showed no mercy over the second half of the race, coming home in 49:22, almost a minute ahead of Berry.

Katie Beecher won Wales’ first medal of the day with a silver in the V35 race.

World silver medallist Adam Kszczot followed up his Brussels 800m victory with another win, this time in 1:44.82.

Jamaica’s Rusheen McDonald won the 300m in 31.94 with Chris Clarke having his best run for some time to run a PB time of 32.29 in second.

In the women’s shot Christina Schwanitz won with 19.77m while Nadine Mulller won the women’s discus with 63.96m and Thomas Rohler the men’s javelin with a 85.22m throw ahead of Czech Jakub Vadlejch’s 84.63m.

There was another Jamaican victory in the 110m hurdles as Hansle Parchment won in 13.23.

Rugby and Northampton were clear winners with a score of 307 points, with former league regulars Reading second on 264 points.